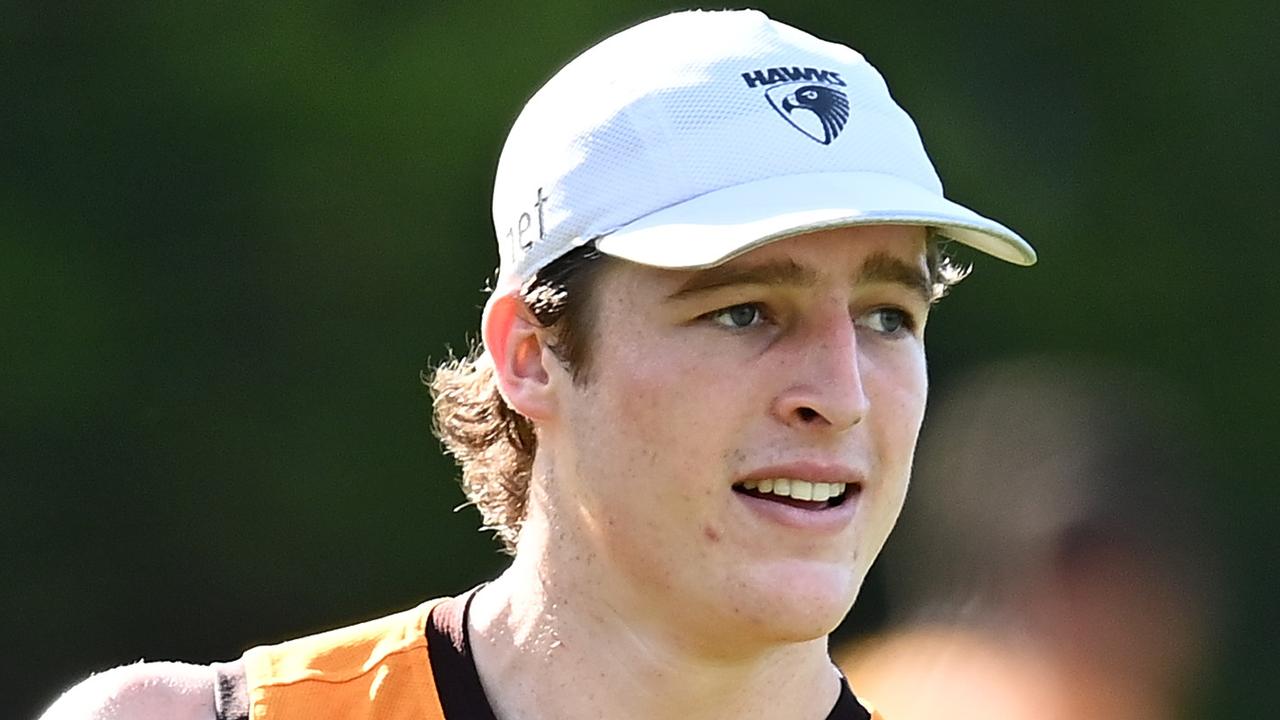 They have another audition in Saturday’s Community Series clash with Richmond in Devonport, in what is a match in tribute to the six children from Hillcrest Primary School who died in a tragic bouncy castle accident last year .

Hawthorn are entering the next stage of their roster development under new coach Sam Mitchell, with experienced duo James Sicily and Jack Gunston back from long-term injuries.

But kids remain an important part of what the Hawks do.

“Throughout the midfield, Long, Ward and MacDonald come to mind immediately as first-year players, and (Jai) Newcombe is still going strong,” Hickmott said.

“It’s going to be a good battle. They worked against Jaeger (O’Meara), Tom Mitchell, (Conor) Nash and (Tom) Phillips all the way through midfield.

“The young guys have held up well so it will be interesting to see how it goes and we will see a bit more of that this weekend.”

Sicily (knee) and Gunston (back) emerged unscathed from last week’s practice match loss to Collingwood and will be even more important in a squad laden with youngsters.

Hickmott was particularly enthusiastic about Sicily’s diligence in his recovery from a ruptured anterior cruciate ligament suffered in August 2020.

“The way they’ve been training in pre-season has been fantastic,” Hickmott said.

“Having these guys back in the squad is exciting for the squad itself and the young players around them.

“Their leadership on the pitch (against the Magpies) was hugely impressive.”

Hawthorn head of football Rob McCartney spoke to the squad on Friday morning about the AFL’s crackdown on referee abuse, including showing some vision.

“I agree with all the decisions of the referees. It’s hard work to referee,” Hickmott said.

“I’ve actually refereed a few times here and it’s hard to follow the game and see it in a split second, so we’re educating whatever decision is made.

“Hold the mark very well and move on to the next thing.”

My fear, as a European, of the war in Ukraine | Russo-Ukrainian War