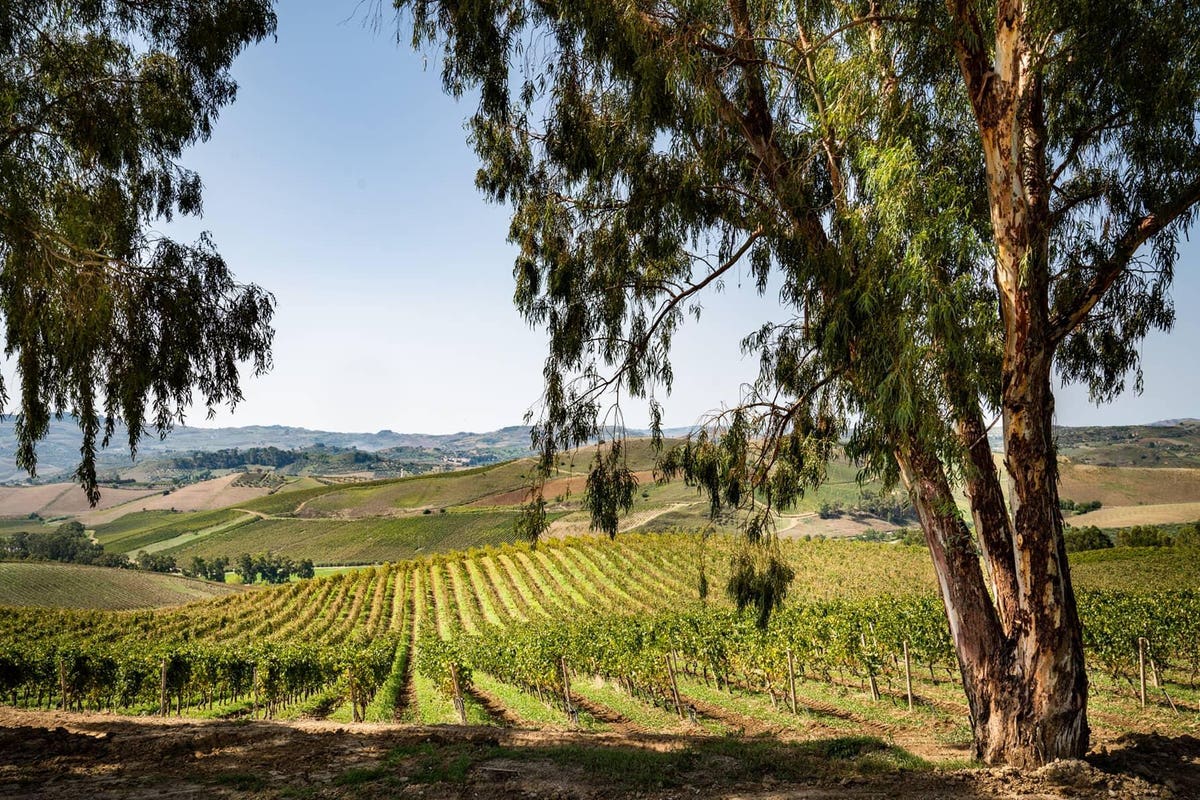 The author Albert Camus proposed this poetic verse on the magic of autumn: “Autumn is a second spring where each leaf is a flower”. For winemakers around the world, however, the flowers of fall are the plump, sugar-rich grapes from a vineyard for making wine. As the northern hemispheres move into the harvest season, Alessio Planeta, board member of the Consorzio Sicilia Doc and Doc Sicilia Winemaker for Planeta vineyard, shares his thoughts on this memorable moment in the vineyard.

Alessio Planeta obtained a master’s degree in agriculture before devoting himself to the study of Sicilian viticulture and its history. Spending time in various wine regions beyond Italy, he immersed himself in the world of wine and brought home knowledge gleaned from abroad. Today he helps run a collection of six boutique wineries in different parts of the island with family members Francesca and Santi. The trio forms the 17e generation of this 500-year-old wine family. The family’s commitment to Sicilian viticulture is evident in the work they do: they focus on the research and development of local and historical varieties and have worked to advance Sicilian wine tourism by integrating culture, cuisine and art of Sicily.

In Sicily, the harvest is a ritual that lasts more than a season. The harvest of the first grapes begins in August, like Chardonnay in the South West, and for those who produce it, Pinot Grigio. The other whites follow in the South-East like Moscato, and the harvest will take place until the end of October in the Etna region. Sicily is one of the few regions where the harvest begins during the summer, when people still bathe at the beach, and ends in October, when Mount Etna is covered with snow at the top: it really is a extraordinary thing!

I don’t like to talk about the harvest until it’s over, but we’re very close and everything seems to be going well so far. We can only say that there have been no drastic climatic events, on the contrary, so far everything has been very positive. It only rained a few times in Sicily, once in June and once in July in western Sicily, which has been a real blessing for Sicilian viticulture. We are also happy that it was not too hot. So far so good but, again, I think it’s still too early to really talk about it.

Most consumers view the harvest as a time of joy and celebration, but fall weather events can put the fruit at risk before it is harvested. Can you share some of these concerns in the different regions of Sicily?

We have to make a distinction between southwest, east and central Sicily, the latter being an area where our greatest fear (in my experience in particular) is excessive heat which could compromise the amount and the quality of the grapes.

In northern Sicily, on the other hand, during the harvest in October, excessive rains and in some cases even hail can be a problem, but these are very rare occurrences. Also in Sicily, from time to time, there is the threat of sirocco, a hot wind that brings high temperatures. Obviously, all of us winegrowers are terrified of these particular events, which we are starting to see more of now with climate change. Lucky for us, nothing bad has happened so far but… well… maybe it’s better not to talk about it and make it dirty.

Speaking of climate change, have you noticed that harvest dates change or start earlier or other implications in the vineyard?

Regarding the start of the harvest, it may seem controversial, but I remember seeing an even earlier harvest in the early 2000s. The last years in Sicily have been strangely wetter than the previous twenty years, which sums up perfectly why this is never easy.

What we have noticed, however, is a move towards more severe weather conditions that are contributing to an increase in total annual precipitation. I did not notice any early harvest, in fact, this year in Sicily we did not experience those terrible cold days at the end of spring, which can be very dangerous for the vines.

Most of the talk about harvesting centers around the quality and picking of the grapes, but what happens in the vineyard once the fruit comes off?

The period following the harvest is a crucial time for viticulture. The plants are getting ready for the next year and the rain is probably always welcome. It makes us really happy to see that the rain starts towards the end of September or the beginning of October.

Sicily is obviously in the heart of the Mediterranean Sea, so we never expect heavy rains, but autumn is usually a time when time “stands still”. In Sicily, we say “mid-August is the head of winter” which means that it is the beginning of winter; a phrase that refers to the fact that usually in mid-August the rains begin.

What is the process like at Planeta wineries for fruit picking and the transition to winemaking?

On behalf of my cellar, we work in a very different way: some grapes are harvested in crates, others are harvested manually. In order to preserve the quality of the grapes, the vines are only a few meters from the cellars. The techniques we use in Sicily are the most diverse because this region, more than any other region, produces white, red, aromatic, concentrated, elegant wines. Sicily produces wines so different that it is not easy to standardize and speak of only one type of production process. I would say that working in Sicily means working in a place with so many variables, and it’s really fantastic to be able to adapt a different technique to each wine.

Something else you would like to mention about the magic of fall in the vineyard?

Because we work in five different sub-regions, the harvest begins during the first ten days of August and ends at the beginning of November. I believe a very beautiful thing about Sicily is the fact that you can harvest for two whole seasons, from early summer to late fall. The fall in Sicily is very different from that of any other region. The landscape changes from mountains to woods. Autumn is beautiful because you can really see the colors transform, from the leaves of oaks and chestnuts to grape leaves.