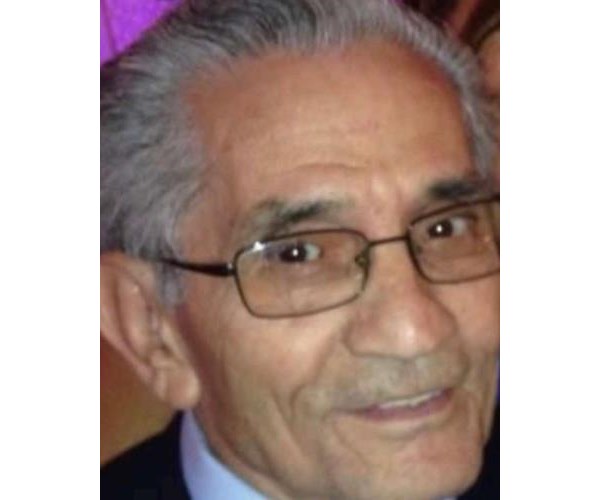 By Natalie W. Warren Last updated Feb 6, 2022
Share
Angelo Buccheri, 82, of Newington, CT, passed away peacefully on February 4, 2022, surrounded by his family. He was the beloved husband of the late Maria (Bazzano) Buccheri. Angelo was born in Floridia, Sicily on May 21, 1939 and came to the United States in 1969. He was the son of the late Antonino & Salvatrice Buccheri and Angelina Fontanta, who sadly died shortly after his birth. Angelo was a member of Saint Ann’s Church and the Generale Ameglio Society in New Britain, CT. He worked many years for Fafnir Bearing Company from where he retired. He was affectionately known as “Zio” by many nieces and nephews and was a good friend to many. Everyone who knew him loved him. He was humble and kind. He lived simply and loved very much. Nothing gave Angelo more joy than spending time with his family. His grandchildren meant the world to him. He loved telling them stories from the past and just being with them. Her most cherished moments were spent around the dinner table enjoying great food with her children and grandchildren. A favorite pastime for him was going to the “club” and hanging out with his Italian buddies. They liked to chat, drink espresso and play cards. Let’s not forget the many trips to the casino and the love of his favorite football team, Juventus. He is survived by his daughters, Angela Buccheri-Duran and husband Eddie Duran of Newington and Silvana Buccheri Genovese also of Newington and son-in-law Joseph Genovese of New Britain. Angelo devoted a lot of time and affection to his 5 grandchildren; Joseph and Angelina Genovese as well as Olivia, Jonmichael and Lexie Duran, Angelo is also survived by one brother Vincent Buccheri and his wife Cindy of Jupiter, Florida and predeceased by his sister-in-law Palma Buccheri. The family would like to thank the staff at Jefferson House in Newington for their love and care. He will be greatly missed, but will forever be in our hearts. Friends and family are invited to call Duksa Family Funeral Homes at Newington Memorial Funeral Home, 20 Bonair Avenue on Monday, February 7 from 4:00 p.m. to 7:00 p.m. A Christian burial mass will be held on Tuesday, February 8 at 11 a.m. :00 am direct to Saint Ann’s Church, 47 Clark Street, New Britain. Angelo will be lovingly buried in Saint Mary’s Cemetery. Friends and family are invited during call hours on Mondays, 4:00 p.m. to 7:00 p.m. Newington Memorial. To share a memory with Angelo’s family, visit www.duksa.net

Published by Hartford Courant on February 6, 2022.