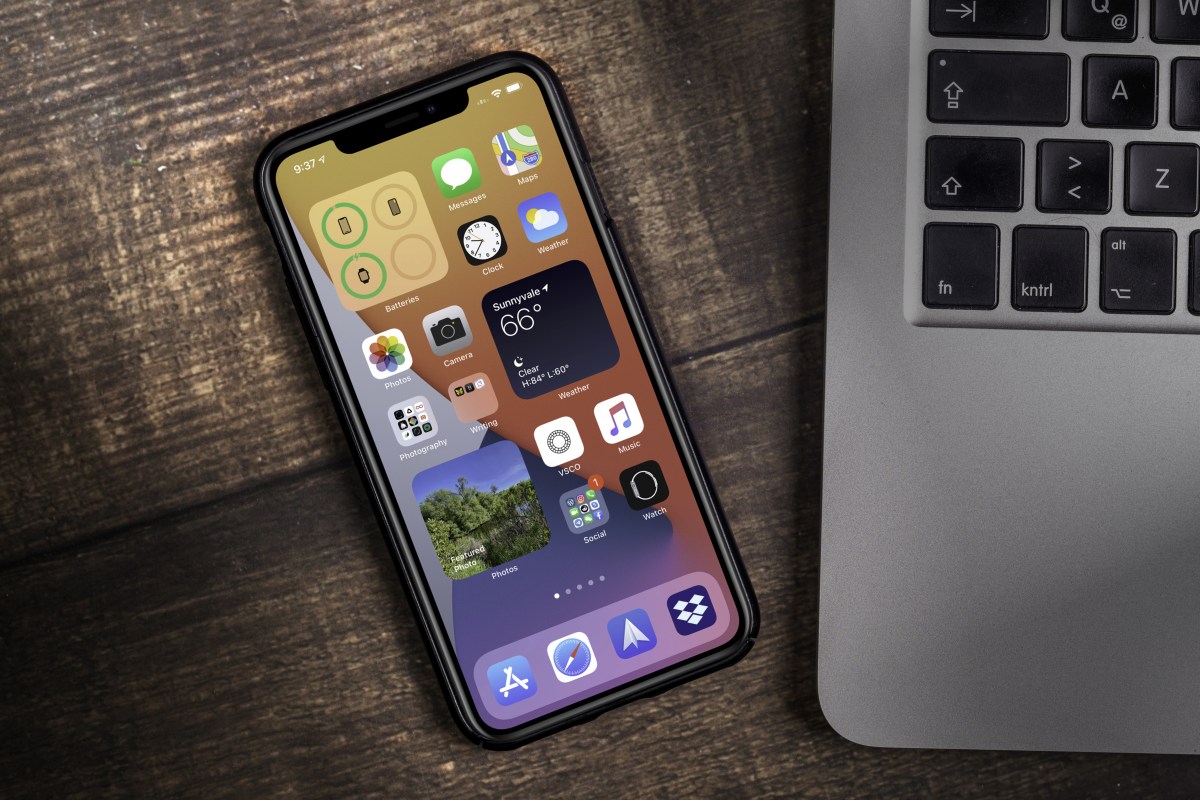 Apple has confirmed that it has stopped releasing updates for iOS 14, potentially leaving millions of iPhone users exposed to hackers.

A spokesperson said Ars-Technica Wednesday that fans should update their devices to iOS 15 — the newest version of its operating system — to continue receiving critical security patches.

These patches fix any vulnerabilities, bugs, or other software issues that cyber crooks can exploit to gain access to your device.

When Apple released iOS 15 in September, the Cupertino tech giant said the upgrade was not mandatory for people who wanted to stick with iOS 14.

The company said the old system will continue to receive updates for “a period of time” to ensure users remain protected against security threats.

This goodwill, however, seems to have dried up. Last week, 9to5Mac reported that Apple is no longer allowing users to stay on iOS 14.

The latest security update for the operating system – iOS 14.8.1 – was rolled out in October, but users can no longer update to this version, the tech website said.

Apple has instead reverted to the traditional method of updates, where users must install the latest version of the operating system (in this case, iOS 15) to get security improvements.

An Apple spokesperson later confirmed this to be the case, stating that the ongoing security updates for iOS 14 were still intended to be temporary.

As of December, about 36% of the more than one billion iPhones worldwide were running ‌iOS 14, according to data analytics firm Mixpanel.

This means that hundreds of millions of people will be forced to upgrade to iOS 15 or face security threats.

The change would have been implemented after the release of iOS 15.2 in December 2021.

Which iPhones are compatible with iOS 15.2?

The update is available to anyone with an iPhone 6S and later, as well as 7th generation iPod touch owners.

If you’re using an iPhone that can’t be updated to iOS 15.2, it’s important to consider upgrading.

Upgrading to a newer iPhone means you’ll be able to get the latest security updates.

Using older models that can’t be updated with the latest security patches is a major risk – and one that shouldn’t be taken lightly.

If you have a compatible device and your iPhone was not updated automatically, you can download iOS 15.2 by following a few simple steps.

Before you begin, make sure your iPhone is backed up and connected to WiFi.

The update may appear on the screen if it is ready for your phone and you can tap “Install Now” to get it.

In other news, the custom smart guns, which can only be fired by verified users, may finally be available to US consumers this year.

Police have arrested an Italian mafia henchman believed to be on the run for 20 years after spotting the fugitive on Google Maps.

And, one of the best-preserved fossils ever discovered confirmed that young dinosaurs emerged from their shells, just like baby birds.

We pay for your stories! Do you have a story for the Sun Online Tech & Science team? Email us at [email protected]

Ryanair plans record number of routes from Dublin this summer