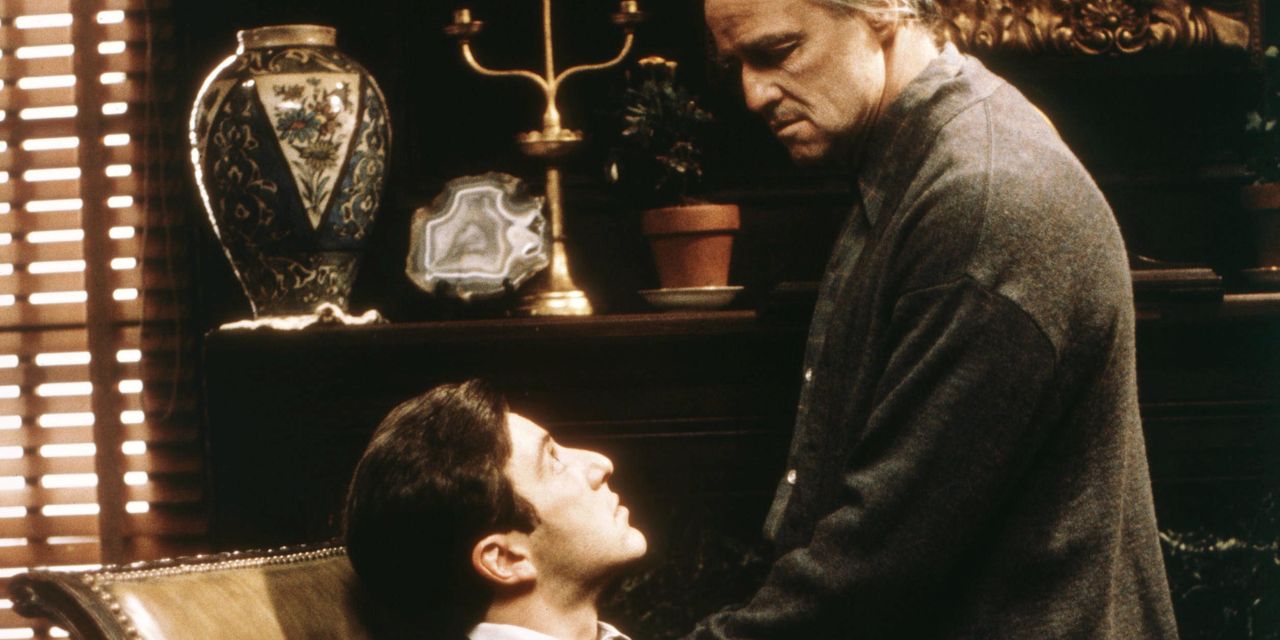 At 50, the call of “The Godfather” cannot be refused

Like a great Bordeaux, Francis Ford Coppola’s masterpiece “The Godfather”, which turns 50 this year, has matured and improved over time. Crime was traditionally portrayed by movies, from “Little Caesar” to “The French Connection,” as something gritty, almost repulsive. Yet here was a film that exalted the most ruthless of murders with the dramatic sweep of grand opera. More importantly, the Mario Puzo saga has created a dynamic range of personalities, from Don Corleone and his sons to the mob bosses who oppose them.

Until the publication of Puzo’s novel “The Godfather” in 1969, most Americans were unaware of the history of the Mafia. The gangsters took the form of Edward G. Robinson, James Cagney or Humphrey Bogart. Puzo and Mr. Coppola were inspired to layer what could have been simply an unsavory saga onto a tried and true matrix – that of a family and its feuds – from Shakespeare to “The Forsyte Saga” and beyond.

An undercurrent of humanity pervades the entire film, stemming from Marlon Brando’s performance as Don Corleone. Family life and mafia business intertwine, starting with the wedding sequence and the Don’s discussions with Bonasera and Johnny Fontane. Throughout “The Godfather”, people gather at tables to discuss business, or to eat and laugh and argue.

The characters are as rich and round as in the work of Jean Renoir or Ingmar Bergman. We identify with everyone, with their tensions and rivalries. Of course, we hate their cold approach to life. One almost admires their stoic acceptance of their fate (for example, when Tessio, having betrayed the family, is escorted to an off-screen execution). We find it engaging that Clemenza teaches Michael how to make meatballs in tomato sauce and tells Rocco to leave the gun in the car but “get the cannoli”, after arranging for his driver’s death. We sympathize with Spineless Fredo as he crumbles in despair after seeing the Don shot down, or when he’s berated by Michael for his reckless behavior in Las Vegas.

Mario Puzo said how proud he was that “‘The Godfather’ was never used as a term for a gangster until I invented it.” Don Corleone and his sons and button men are in the grip of a complex system that has governed life for centuries. One man, Michael (played with almost satanic subtlety by Al Pacino), seeks to overturn this code of conduct that has its roots in the hills and villages of Sicily, where family vendettas can last through generations. He dares, against all advice, to assassinate a police captain, McCluskey. Exiled and sequestered in the sunny hills of Sicily, Michael can reflect on his destiny; he returns to America with a deep thirst for vengeance against those who killed first his brother Sonny and then, in Corleone, Michael’s young wife, Apollonia. But at this point we can’t withdraw our sympathy for Michael, and throughout the rest of the film – and “The Godfather Part II” (but that’s another story) – his relentless treachery keeps us in awe. iron fist.

“The Godfather” is full of virtues that distinguish it from conventional crime films. The haunting music of Nino Rota that matches the many moods of the drama. The scenography by Dean Tavoularis reflects the dark threat of history and evokes New York in the immediate post-war period. The cinematography of Gordon Willis, aptly nicknamed “The Prince of Darkness”. The tongue-in-cheek humor that spawned a series of phrases that have entered the vernacular, from “I’m going to make him an offer he can’t refuse” to “I’m a businessman, the blood is a big expense”. And most underrated is the classic style that Mr. Coppola brought to the film: the rhythm of a thriller but the textural richness of a novel. Avoiding flamboyant effects and camera movements, Mr. Coppola consistently focuses on personalities rather than action.

“The Offer,” a Paramount+ miniseries beginning April 28, recreates the rift between Mr. Coppola and Robert Evans, head of production at Paramount Studios. Yet despite these production issues, “The Godfather” cuts through its nearly three-hour runtime with a smooth and persuasive narrative flow, from the wedding celebration at the start to the synchronized slaughter of the final sequence. The moments of terrible violence are planted at strategic intervals – the horsehead incident, the murder of Luca Brasi, the assassination of Sollozzo and McCluskey by Michael or the death of Apollonia.

In the garden scene involving Michael and his elderly father, we actually feel an almost nostalgic affinity with two men who, after all, murdered other human beings without scruple. The reconciliation between the faded hopes of the old Don and the pragmatic ambitions of his son is more touching than even the tourniquet of Luca Brasi or Carlo Rizzi. “You can never lose your family,” Michael’s mother tells him in “Part II.” The genius of “The Godfather” is that we too feel part of this family.

-M. Cowie has written over 30 books on film, including biographical studies on Akira Kurosawa, Ingmar Bergman and Francis Ford Coppola.