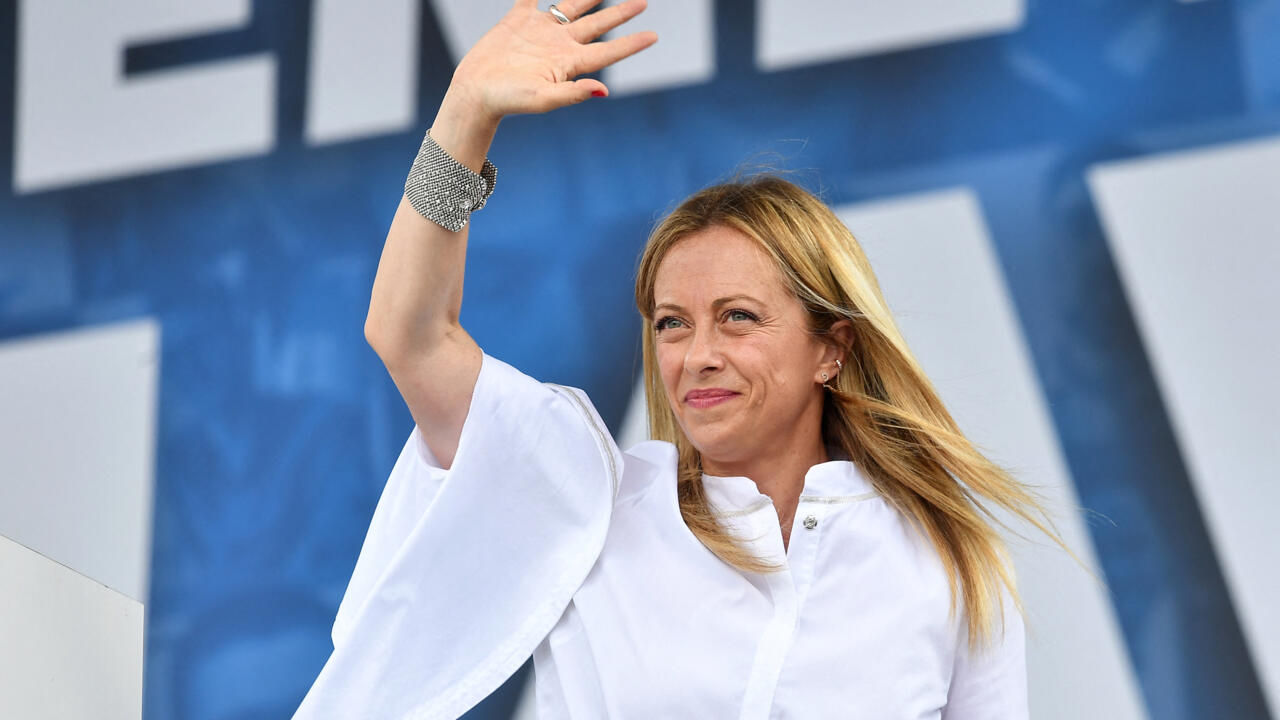 Brothers of Italy, the far-right party at the dawn of power

The only opposition party under the rule of technocrat Mario Draghi’s national unity government, the post-fascist Brothers of Italy, looks set for Italy’s September 25 elections, making party leader Giorgia Meloni the favorite to become the next Italian Prime Minister.

Widely favored to become Italy‘s first female prime minister, Meloni repeatedly uses her iconic slogan at rallies: “I am a woman, I am a mother, I am Italian, I am a Christian and you will not take me away that. ”

Born in the working-class district of Garbatella in Rome to a Sicilian mother and a Sardinian father – a thousand leagues from the city’s elite – the leader of the Brothers of Italy is now reaping the rewards of the bet to make her party the only opposition force to Draghi after he formed his grand coalition in February 2021.

The Brothers of Italy lead Italy’s political parties with 23% after a slow but steady rise, according to Politico’s polling aggregate.

“For a year and a half, whatever the discontent of the Italians, it has had only one outlet: Brothers of Italy,” said Marc Lazar, Italy specialist at Sciences Po Paris. “That’s why it made great strides in local elections and is now one of the leading parties in the country, as the polls show.”

The Brothers of Italy are currently ahead of the centre-left Democratic Party by just one point. But collectively, the far right and the right hold much more weight than the other side of the political spectrum: the populist-nationalist League of ex-interior minister Matteo Salvini is in third place in the polls, at 15%. Brothers of Italy has an alliance with the League and Forza Italia of ex-Prime Minister Silvio Berlusconi, in fourth place at 8% behind the populist Five Star Movement.

Meloni’s party was founded in 2012 as a successor to the National Alliance, which rose from the ashes of the 1946-1995 Italian Social Movement formed by members of dictator Benito Mussolini’s National Fascist Party. Meloni denies any connection with the ideas of Mussolini but refrains from condemning his reign.

“Meloni has been an activist in post-fascist politics since her youth,” said Piero Ignazi, professor emeritus at the University of Bologna and expert on the Brothers of Italy. “The identity of the party is, for the most part, linked to post-fascist traditions. But his platform mixes this tradition with some mainstream conservative ideas and neoliberal elements such as free enterprise.

But Brothers of Italy has members nostalgic for the Duce’s reign, and its newspaper Secolo d’Italia has made ambiguous claims about this chapter in the country’s history.

However, Meloni distanced himself from the leader who became Adolf Hitler’s puppet.

Presenting itself as the guarantor of the family and of the Italian national identity, the Brothers of Italy endorse pronatalist policies to deal with the country’s low birthrate, proposing the creation of free crèches and the establishment of an allowance family of 400 € per month.

But Meloni also softened her stance on some issues, pledging to protect access to abortion in Italy, a reversal of her previous positions. Meloni has also shown strong support for Ukraine and the Atlantic alliance since the Russian invasion on February 24, contrasting with the more equivocal positions of Salvini and Berlusconi, who both have ties to the Russian president. Vladimir Poutine.

Brothers of Italy has also significantly toned down its anti-EU stance; the party is not in favor of an exit from the bloc or even from the euro zone, affirming that it prefers a “Europe of nations”.

“Meloni makes the post of his cohesive schedule and substantial work ethic,” Lazar said. “Meloni is the only woman in a very masculine environment; she organized an inter-party convention in May, surrounding herself with intellectuals and politicians from the right but not necessarily from the extreme right. This helps present her as a suitable candidate for the post of prime minister.

Meloni has been in politics for some time, having become an MP aged 29 in 2006. Two years later she joined Berlusconi’s cabinet as youth minister.

Drawing on her serious demeanor, working-class background, and presence as a woman in the largely male environment of Italian politics, Meloni broadened the appeal of the Brothers of Italy beyond its traditional southern rural heartland. – winning several victories in local elections in northern Italy. , which is dominated by the League, and scores impressively in Palermo, Sicily‘s largest city and a long-time bastion of the left.

But while Meloni’s strategy is bearing fruit now, his party could be out of luck if it wins the general election, given the rifts between the far right and the right, as well as a history of animosity. personal between her and Salvini.

This article has been translated from the original in French.