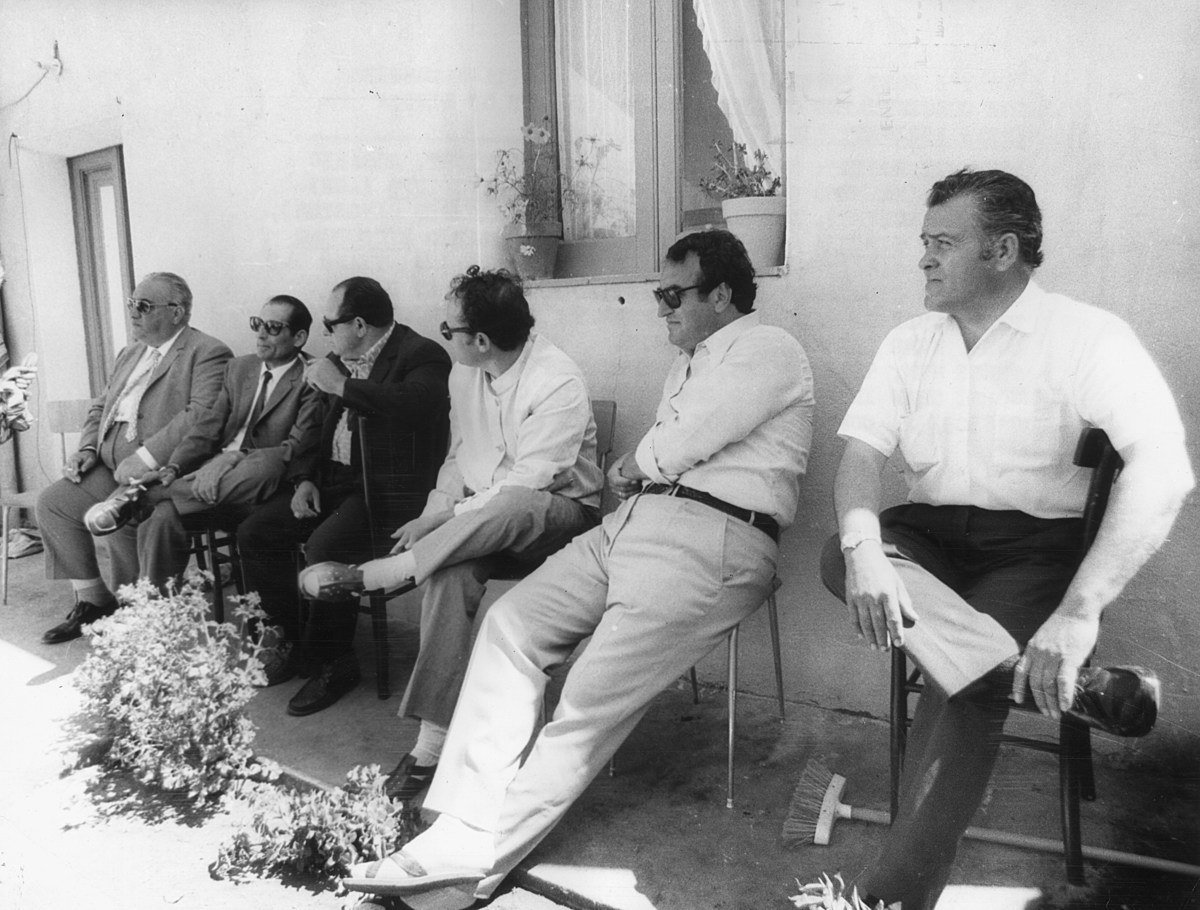 Everyone is part of the Bills Mafia, but there were actually real mob bosses and families right here in Buffalo. the Buffalo crime family, also known as the Magaddino or The Arm crime family, began in Buffalo in 1910 and may still be active today. Their territory would include Buffalo, Niagara Falls, Syracuse, Rochester, Utica, Ontario, northwestern Pennsylvania and Las Vegas. The family was apparently involved in extortion, bookmaking, drug trafficking, loan sharking, prostitution, gambling, racketeering, labor racketeering, conspiracy, and murder.

1. Angelo “Buffalo Bill” Palmeri – Buffalo’s First Known Mafia Boss
Angelo Palmeri, who was known as the first mob boss here, was also known as Buffalo Bill. He was originally from the Sicilian town of Castellammare del Golfo. In 1912, he resigned and became under-boss.

2. Stefano “The Undertaker” Magaddino – An original member of the National Commission
Stefano Magaddino, also known as The Undertaker, was born on October 10, 1891 in Castellammare, Sicily. After being shot in Brooklyn by the Buccellato clan, Magaddino moved to Buffalo. In western New York, Magaddino settled and started a bootlegging business. He allowed the Cleveland Syndicate and Moe Dalitz’s “Big Jewish Navy” to smuggle illegal liquor through Buffalo into Canada. When one of his rivals or ordinary citizens got in the way and needed to be “eliminated”, he also owned the Magaddino Memorial Chapel funeral home.

3. John “Giovanni” Charles Montana – Buffalo’s “Man of the Year”
John Charles Montana, was born Giovanni Montana, in Montedore, Italy. He was no ordinary mobster, he was in fact heavily involved in politics and was even named Buffalo’s “Man of the Year” by The Erie Club, which ironically was an association of Buffalo police officers. . Montana was elected to the Buffalo City Council in 1928. He was re-elected in 1930. He owned the largest taxi company in WNY. His true mob background came to light when police raided a mob ranch in Apalachin, NY, and uncovered one of the most notable mob meetings in history. He died in 1967.

5. Albert and Vito Agueci
The Agueci brothers were born and raised in Sicily. They ran their racket in Buffalo in the early 1960s and were primarily involved in the drug trade. Magaddino allowed them to operate at WNY, but they had to pay him a percentage of their profits. On November 23, 1961, the body of Albert Agueci was found on a farm near Rochester – most likely murdered at Magaddino’s request. He was horribly mutilated, including having approximately 30 pounds of flesh cut from his body, his jaw smashed, half of his teeth knocked out, he was strangled, doused in gasoline, and set on fire. Vito Agueci was found guilty of the narcotics charges and sent to ATL Penitentiary.

6. Fred “Freddie Lupo” Randaccio
Fred “Freddie Lupo” Randaccio was born on July 1, 1907 in Palermo, Sicily. In the mid-1950s, Randaccio has been the underboss of the Buffalo Mafia and ran the daily operations of the Buffalo Mafia. He was promoted to capo in the 1940s and controlled local and southern Ontario rackets. He was one of several key Mafia members arrested in the 1967 FBI Apalachin Raid. He was later arrested on June 29, 1967, charged with planning an armed robbery. He was convicted and sentenced to 20 years in prison. He spent 12 years in prison and was paroled on June 28, 1979. After his time in prison, he was no longer a prominent member of the Buffalo Mafia.

7. Joe Bonanno
Joseph Charles Bonanno, Sr. was born in Sicily on January 18, 1905. He was Magaddino’s cousin, operated in Canada in the 1960s. Although it was La Familia and a blood family, Magaddino believed that Bonanno was trying to slip into his Canadian territory. On October 21, 1964, Bonanno was kidnapped by Magaddino’s brother, Antonino, and his son. He was eventually released unharmed. After the internal conflict, the Commission ruled that Bonanno had lost his position by not attending a meeting, which led to the “Banana War”, which lasted from 1964 to 1969.

8. John Cammilleri
John Cammilleri was born in Campobello di Licata Gigenti, Italy in 1905. His family moved to Buffalo when he was five years old. It was during the Great Depression that Cammilleri got into crime. In 1933 he was sentenced to 20 years in Elmira prison. He was lucky and was paroled 6 years later in 1939. He returned to Buffalo and worked as a lieutenant for Stefano Magaddino. He was shot and killed on May 8, 1974, outside Roseland, a popular Italian restaurant on Buffalo’s west side. The FBI says his murder resulted in 15 mob-related deaths and remains unsolved.

It is the poorest county in New York State

11 New York Cities With The Most Violent Gun Crimes