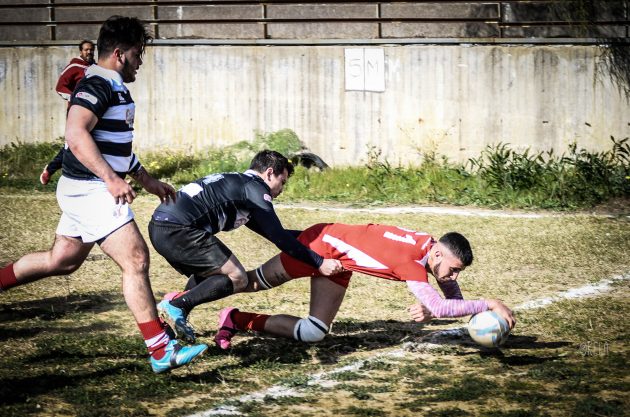 Confronting the Mafia with Rugby – the story of Briganti di Librino


Panebianco used the sport to escape: “Rugby became a point of reference for me, so I moved away from my classmates who were always on the streets involved with the wrong people. Almost all of my classmates left school except me and some of the guys who stayed here at the rugby club.

“I have changed so much since I started playing. I learned respect, honesty, trust – things you learn without realizing when playing with teammates. Seeing more children from Librino join the club gives me hope for this neighborhood.

Claudio Fava, the chairman of the Sicilian anti-mafia commission, firmly believes that social centers, like the one Briganti has become, are fundamental to the identity of a community.

“The mafia, like any form of power, is a seduction,” he says. “It’s a way to get away from it all and afford a minimum quality of life. Neighborhoods therefore need social centers, libraries, community spaces and sports clubs that can give people a life beyond that of organized crime. “

However, providing such a space in one of Italy’s most criminal neighborhoods is no small feat. Resistance to the project has come from locals with Mafia ties, who are used to dictating developments in the neighborhood, often demanding money for the protection of new businesses and initiatives. According to one of the club’s founders, Stefano Curcuruto, children playing for Briganti and belonging to families linked to organized crime should receive preferential treatment.

“We had to point out that here we play according to different rules than the rest of the neighborhood,” he says. “You can belong to any family – we don’t care. I think this has earned us some respect.

On top of that, the club have had to deal with three minor fires and one theft since lockdown measures began in Italy. Robberies have increased due to people’s desperation, while arson is a common bullying tactic used by the Mafia.

In 2018, the outbreak of a suspicious fire endangered the existence of the entire club given the extent of the damage, but the determination of the members has ensured that it remains an important community base. Curcuruto says, “We don’t know who set the fire. We couldn’t let this end, so we decided to get up, dust ourselves off, and rebuild our house.

From there, Briganti’s story became known around the world, with rugby clubs in South America and Africa showing their solidarity during a difficult time. Even the Royal Navy, moored in the port of Catania, gave a helping hand.

Lt. Stephen Carr was one of 30 naval officers scheduled to play a match against Briganti, but instead found themselves rewiring circuits, fixing door frames and

shelving construction. Curcuruto says: “The solidarity we have received has helped us move forward. We had so much to do before the inauguration and these guys (the Royal Navy) rebuilt everything on their own. This is rugby: supporting each other. “

Carr was linked to Briganti’s mission as he started playing sports through a project run by the council for children in the poorest schools. His local rugby club is a community center for Ashton-under-Lyne in Greater Manchester. 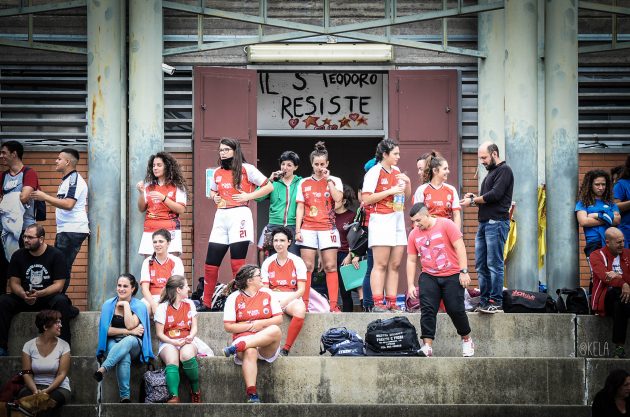 “Not coming from a very affluent area, I understand the importance of a space for the community,” says Carr. “Sports clubs are the perfect starting point for a person to change their life. Helping Briganti reminded me of where I came from and how important sport was to who I am today. Without rugby, I wouldn’t have ended up in the Royal Navy.

From Manchester to Catania, throwing the oval ball pushes local communities to provide safe spaces for children to grow up to be children. Panebianco and Curcuruto have experienced this firsthand and they are ready to continue defending their team and their community.

Panebianco isn’t sure what the future holds now that he’s finished school, but having choices is a dilemma for many
in Librino unfortunately not.

“I think I can join the military because it’s a way out and see the world. But I’m still young, so I’m not sure, ”he said. “Whatever I do, I will always remain Brigante because I was born here – this is my neighborhood and my people.”

This feature first appeared in Rugby World in December 2020.

Can’t access the stores? You can download the digital edition of Rugby World straight to your tablet or subscribe to the print edition to have the magazine delivered to your door.

The truth about Dolores and Frank Catania’s relationship