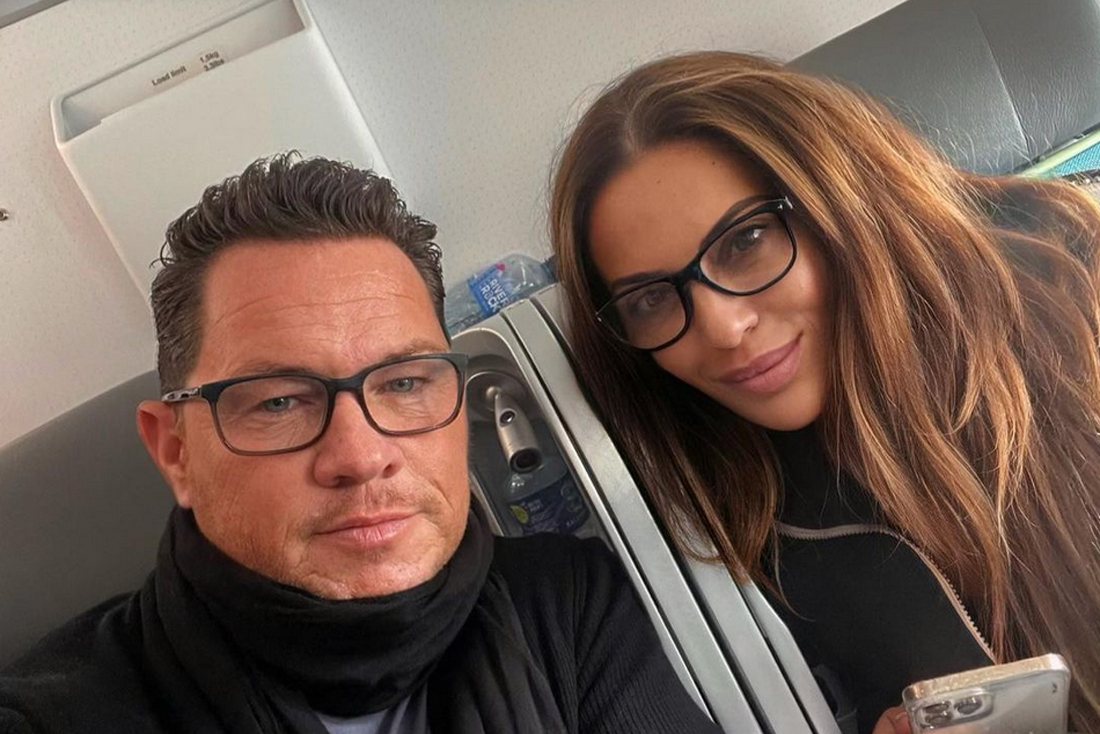 Dolores Catania just took to Instagram to share the dreamiest photo of herself with her boyfriend, Paul Connell. The snapshot was likely taken during the couple’s recent trip to Ireland – and we don’t know how, well, the perfect picture of the moment they captured really is.

The photo is a selfie of Dolores and Paul in front of an overcast landscape. “My favorite part of Ireland,” Dolores wrote, tagging Paul with heart emojis. She added several hashtags, including “Ring of Kerry”, which may be an indication of where this photo was taken in Ireland.

Dolores recently reflected on the trip in another Instagram account, writing, “I love you Ireland. From castles to cottages, amazing food and so much fun!! Beautiful country, beautiful people[,] biggest hearts.” She also added in a little joke, “Waiting for a real Dublin housewife.”

Paul also shared the vacation photo on his Instagram stories, because when you have a picture as beautiful as this with your loved one, why wouldn’t you share it? The same day he reposted the snapshot, he also shared on Instagram Stories a video of him celebrating St. Patrick’s Day in a pub with Dolores by his side.

Dolores, who confirmed her split from David Principe on season 12 of The Real Housewives of New Jersey, has been slowly talking about her new pal in recent weeks. She spilled tea on Paul during an appearance on Watch What Happens Live with Andy Cohen in February. “It’s a very different relationship,” Dolores said during her Clubhouse appearance. “He’s a Dubliner.”

At WWHLshe confirmed they were set up by a mutual friend, and he met some of them RHONJ friends since they started dating. “He met Margaret [Josephs]he met Teresa [Giudice] on FaceTime, he met Jennifer [Aydin]“, Dolores further explained who got to know Paul from his inner circle.

Looking for more scoop on Paul de Dolores herself? You can consult the WWHL clip below.

The economy needs €100 vouchers to recover from the COVID pandemic

Sleepy Sicily: My stay in the hilltop city of €1 houses | Travel