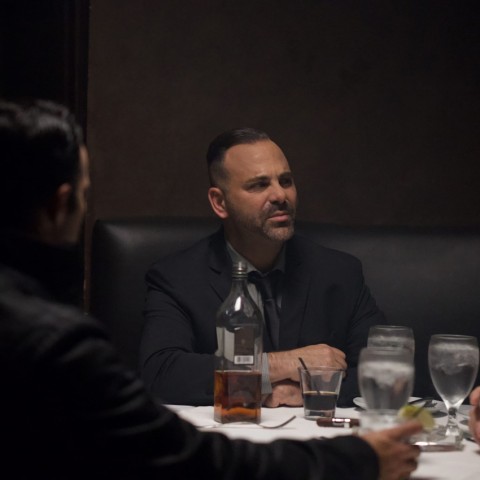 The first season of Capo: Rise to Power will be released with all four episodes, “The Code”, “A Run True”, “Our Father”, and “Stregheria” over Memorial Day weekend 2023.

The show, Capo: Rise To Power is a historical fiction drama that tells the story of two mob families in the 1920s who were forced to flee from Palermo, Sicily to America. Barbarise says the show will explore a side of La Cosa Nostra that still exists today. The series is based on La Vecchia Religione, the age-old religion of Stregheria which has believers and followers all over the world. Barbarise says it’s unlike anything seen or said before.

The first two episodes were directed by director/producer/writer Ashley De Grandy (Metanoia 2020), and now Capo: Rise to Power will wrap up the rest of the first season with director/producer/writer Salvatore Marotta (Matched 2022) who has extensive experience with the mob genre. The actor Jimmy Barbarise conquers again the main role of Michael Baresi in the saga Mafia. He learned that his family had been haunted for decades by the tragic loss and events of Italian witchcraft known as “Stregheria”. These life-changing events were ordered by an Italian mob from Long Island, NY. Can Michael Baresi break this generational curse? How long can his family be controlled by this spell dating back to Palermo, Italy in the 1920s? Michael now wants revenge for everything that has wronged his family.

Jimmy Barbarise has become the talk of the town for his project, Capo: Rise to Power. Fans of the show may have a reason to celebrate with more of what they loved from the first season. He is in talks with several networks to finalize a deal and start filming season 2.

For Barbarise, this role is not just another job, but a passion project close to his heart. He always wanted to show the world what it was like growing up in an Italian-American family and the struggles they had to go through.

In this series, Barbarise will also dive into the world of directing for a few episodes. The life-changing events of the Italian Mafia on Long Island, New York is a project he has wanted to do for years.

The series is based on real historical events that took place in the 1920s. It is meant to educate and entertain viewers so that they can understand the intricate details of the Mafia and its history. Capo Rise to Power also hired a real Strega witch, Cristina Lewis, to consult on the realism of Stregheria.

Interested distributors can send their inquiries directly to DXO Media at [email protected] for more information on serial distribution.