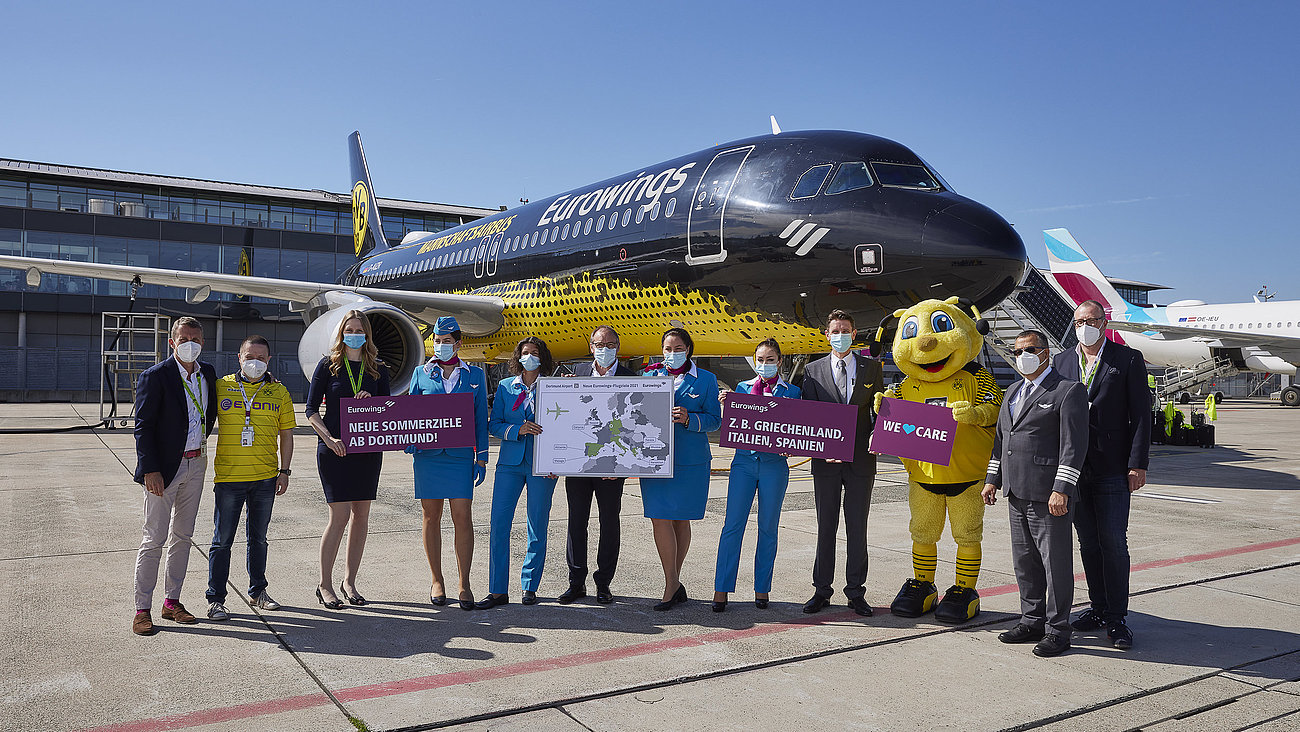 
Triple premiere at Dortmund airport: Germany’s leading holiday airline Eurowings took off today for the first time to new destinations Malaga, Alicante and Catania. The flights are part of Eurowings’ significantly expanded range of attractive holiday destinations in the 2021 summer flight program and complement existing Eurowings connections to the popular holiday island of Mallorca and to To divide. Other first flights are planned in the coming days for Naples, Heraklion and Kavala. Eurowings will fly to the island of Rhodes 2nd of July. For the summer vacation period in North Rhine-Westphalia, Eurowings plans 280 departures from Dortmund with a capacity of over 48,000 seats.

As part of its expanded summer program, Eurowings is now parking a second plane in the Ruhr metropolis. In particular, the “BVB Mannschafts-Airbus” – a photographic motif known throughout Europe for its special black and yellow livery – will be a regular guest at its official home airport in the Ruhr area. Already the evening before, the “BVB Mannschafts-Airbus” was greeted with a water fountain by the airport firefighters on its arrival in Dortmund. Today, the Airbus A320 registered “D-AIZR” took off full of holiday-hungry passengers to the new summer destination of Alicante.

Eurowings 2021 summer destinations at a glance