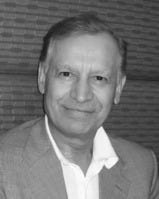 Gaetano “Guy” Lombardo passed away peacefully on Monday, March 21, 2022 at the age of 82 with his children by his side.

Guy was born in 1940 in Salemi, Sicily and moved to Providence when he was seven years old. He attended Holy Ghost School, ran through classical high school, studied physics at Brown University, and earned his doctorate in physics from Cornell University. Guy valued the opportunity to learn at these institutions and worked to make these opportunities available to others. He remained a dedicated member of the Brown community for decades and served in a variety of ways. He was chairman of the Brown Library Advisory Board and a member of the Providence Public Library Board of Trustees.

Professionally, he has gone from being a physicist to an expert in operations research, to a business executive in the automobile industry and to independent venture capitalist. After moving from Sicily to the United States, he lived mainly in the neighborhoods of Providence (Federal Hill, Saunderstown, East Side) and Boston (Carlisle, Concord, Back Bay) and spent some time in the suburbs of Chicago (Glencoe) and Detroit (Bloomfield Hills).

Guy was a multi-talented man with a genuine love of learning and a curiosity for the world, which he often traveled. He read and spoke fluently on science, history, the arts, and many other subjects. Guy had a vibrant sense of humor and was known to burst out laughing at his own jokes. He valued close friendships from all phases of his life. Above all, he cherished his family, especially his children and grandchildren.

Services will be held Saturday, March 26 beginning with a vigil at 9 a.m. at St. Sebastian’s Church, 67 Cole Avenue Providence, followed by a Christian burial mass at 10 a.m. Interment and reception will be at Swan Point Cemetery, 585 Blackstone Boulevard Providence. In lieu of flowers, please support Guy’s desire to make learning accessible to all by donating to the Providence Public Library at https://www.provlib.org/support-us/make-a-donation- to-ppl/. Condolences can be sent to Nicholas and Maryanne c/o Maryanne Speroni, 1526 Hermitage Court, Durham NC 27707.