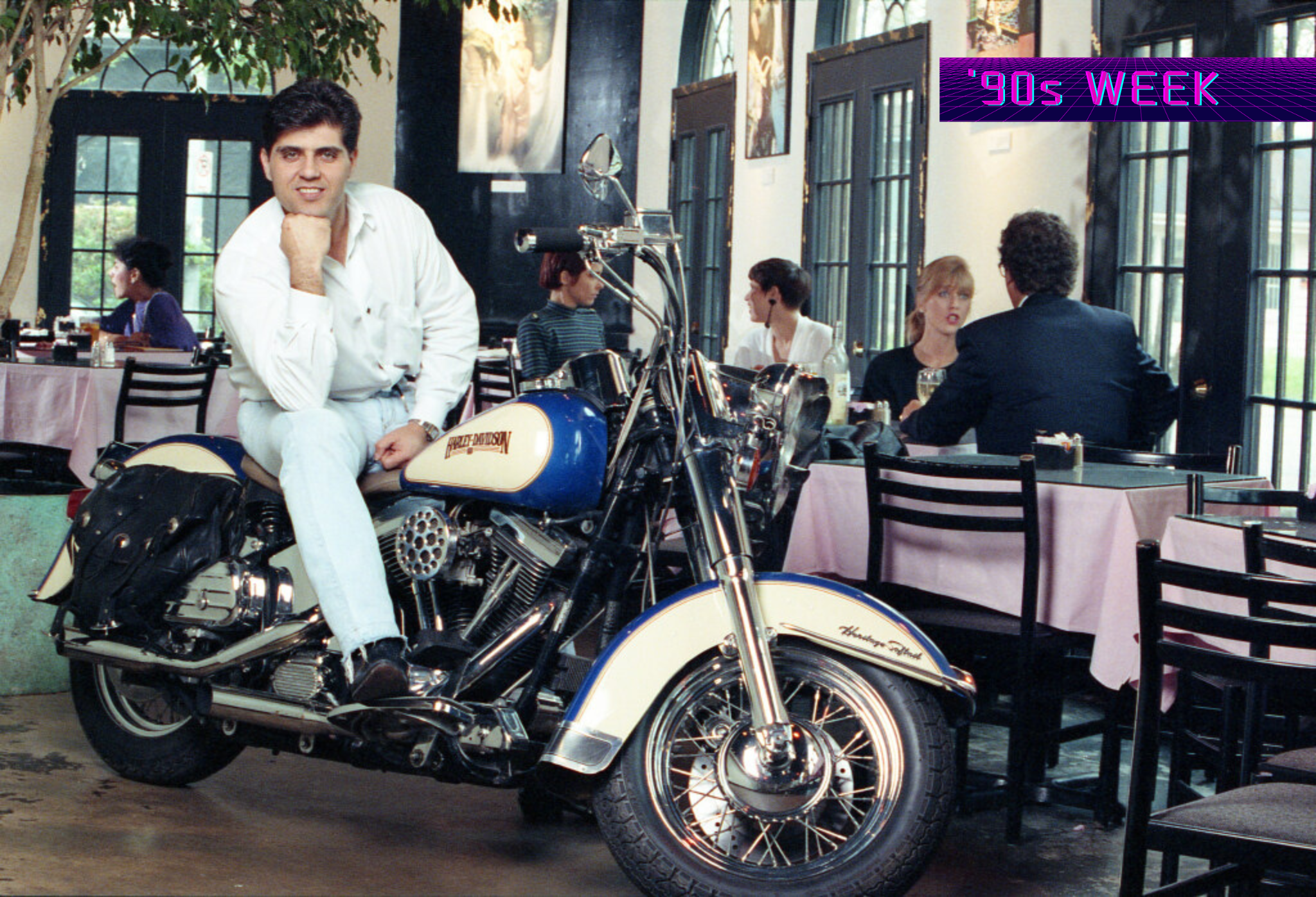 If you’re in your 40s or 50s and lived in Houston in the 90s, you’ve experienced or wish you had brunch at La Strada. The legendary Montrose restaurant has had a 22-year run since it opened on lower Westheimer in 1986, during which its Sunday brunch became the best party in town.

As a teenager living in Sugar Land in the 90s, I was aware of some of the boozy brunch destination activities from my 21+ cousins ​​who were regulars. I didn’t know much, but I was sure that Montrose was the place to be, and La Strada was the place to be seen. According to an early ’90s review by Houston Post writer William Albright, the restaurant was “generally filled with cheerful, yuppie-style diners”.

Learn about Houston in the 1990s

The whimsical concept was dreamed up by Aldo Catania, a self-taught Sicilian chef who grew up in the restaurant business. Catania’s family operated 18 restaurants in Houston and beyond, and he perfected his chops in their various kitchens. In the mid-1980s, he reinvented one of his family’s old restaurants, Il Padrino – aka Godfather’s – Italian, and renamed it La Strada.

The result was an impressive construction featuring a stucco exterior and a dramatic black awning entrance, leading to a split-level dining room with a monochromatic color scheme, hand-painted faux marble floors and doors. -windows opening onto an outdoor patio. Pink tablecloths were neatly placed on square and round tables with black lacquer chairs. Potted ficus trees dotted the dining room, and original artwork that adorned the eggshell-colored walls was available for guests. The space has also been outfitted with a state-of-the-art sound system, equipment that will serve well for years to come.

The cuisine was presented as classic Italian with accents from the American Southwest. Dishes included pasta primavera, capellini with white mussel sauce, and Pizza Lingo topped with grilled shrimp and poblanos, prepared fresh in the restaurant’s wood-fired oven. The desserts were homemade and deserved as much praise as the food. Houston Chronicle Food editor Ann Criswell wrote a comprehensive review in 1990 and described La Strada’s after-dinner provisions as “dessert downfall of a diet”. She rated the chocolate mousse pie as the top seller, and the tiramisu was a close second.

At that time, Montrose residents were taking notice. Chalkboard specials featuring items like veal medallions and snails kept things interesting, and its prime location east of Montrose in Taft made it a watering hole for lawyers and white-collar workers. from downtown during lunch.

Over the years, mentions of La Strada continued to pepper the pages of newspapers. Despite a Houston Post review citing misspelled words like fettuccine, arugula, and prosciutto on the menu, a breakdown of the actual food and service was positive. Writer William Albright wrote: “Fortunately [the chefs] cook much better than they write.”

Perhaps the biggest draw was La Strada’s all-you-can-eat champagne brunch on Sundays. After the purchase of a single drink, free installments were offered, ensuring that the champagne cocktails flowed like water. According to a 1996 Houston Chronicle article, customers preferred Sunday afternoons and “threw to the restaurant for the food, the music, and the famous La Strada bellini”. With the beats from a live DJ, it wasn’t long before guests were stepping onto the tops of their tables and chairs to shake things up.

The restaurant quickly became a haven for revelers who wanted the weekend festivities to continue long after Saturday night. The atmosphere was upbeat and cheerful as guests thronged the large two-story space, all eyes on the giant spiral staircase, taking inventory of who was coming and going. The restaurant operated with an attitude of each, and did not discriminate disguised. Attendance was an eclectic mix of carefree Houstonians looking for a fabulous time.

In the same 1996 article, Catania gave an interview, explaining why La Strada was such a magnet for the hippest crowds. “This restaurant was designed to be a backdrop,” he said. “I’m lucky to have a lot of pretty friends. You can come here any day or night and see beautiful women and handsome men. The art on the walls is always changing. It’s a very attractive.”

Rowdy behavior wasn’t frowned upon – instead it was welcome, and soon La Strada became ground zero for celebrating birthdays, hen parties or just the chance to be in life on a Sunday. Fun activities like the year-round toss of colorful beads and paper airplanes made from the torn pages of gay porn magazines have earned it a reputation for looking like Mardi Gras at all times. In a Houston Chronicle article from the early 2000s, Catania shared the secret of its unique charm. “The thing about La Strada is that it’s a place where you can come and have fun without judgement.”

According to Catania, La Strada served 1,000 customers between 11 a.m. and 6 p.m. at its peak. Despite a public denunciation by Marvin Zindler claiming there was mud in the ice machine, the restaurant remained a Montrose staple at the turn of the century.

A fire in 2002, which closed La Strada for a year to repair the damage, proved to be the beginning of the end for the epic party venue. It was around this time that I made my first visit, having recently turned 21. From my perspective, it was a place trying to live up to its illustrious past. The festivities died down shortly after brunch, to be taken elsewhere, as other worthy Funday Sunday hangouts like Berry Hill in Montrose and Farrago in the city center entered the mix. People had moved on.

La Strada closed permanently in 2009. By then its demise was not a complete disappointment, as the restaurant had become a shell of itself. Sunrise-to-sunset parties were a thing of the past, and the wild atmosphere guests had hoped to find was no longer as wild as it once was. In the beginning, at 26, I can guarantee I was hanging out at places like Taco Milagro in River Oaks (former home of Local Foods), Two Rows in Rice Village, and newcomers like The Flat in Montrose.

The building has since been transformed into an outpost of El Tiempo, and while plenty of parties have taken place over bottomless fries, salsa and frozen margins, nothing compares to eclair in a bottle. that Catania managed to capture in Houston’s hippest brunch spot in the 90s.

Read more Houston in the 90s

More from the 90s

RHONJ: Dolores Catania is a “Nana” for her daughter Gabby’s dogs