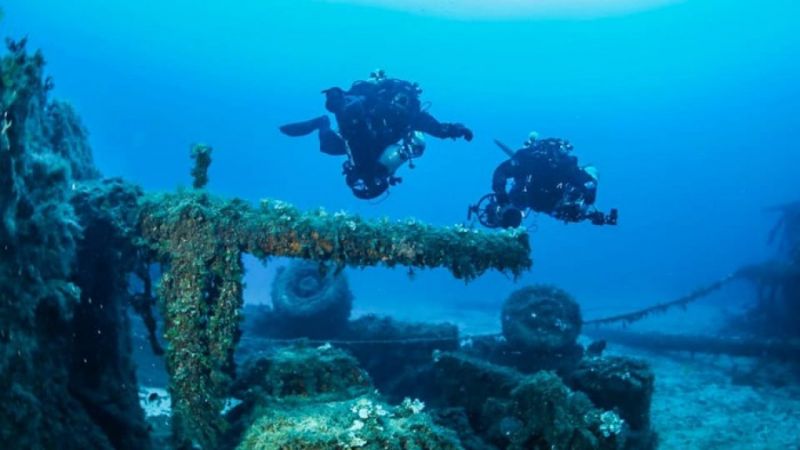 Ships sunk in the Strait of Sicily have potential for underwater tourism.

About forty shipwrecks dating from the Second World War have been discovered off Lampedusa, the small Italian island between Sicily and Tunisia.

The finds were made between 20 and 100 nautical miles from the coast of the island, at a depth ranging from 33 to 140 meters, reports the ANSA news agency.

The ships, all sunk in WWII attacks, were mostly merchant ships carrying cargoes of war supplies, artillery, and explosives to army trucks and tanks.

Among them is the wreck of the cargo ship Egadi, used to transport mail and passengers to small islands off the west coast of Sicily, state broadcaster RAI reports.

The Egadi was torpedoed and sunk by the British Air Force on August 30, 1941, about 50 km northeast of Lampedusa, killing 44 people, 65 survivors managing to escape in lifeboats .

Divers recently managed to retrieve the ship’s bronze bell, recovered from a depth of 76 meters, reports RAI (see below).

The discovery of the historic wrecks comes after 15 years of researchers’ work, with a joint project underway to develop underwater tourism and recover lost fishing nets entangled in the submerged ruins, according to ANSA.

The researchers were guided to the wrecks by fishermen who knew their whereabouts due to the presence of large fish attracted to the habitat created by the wreckage which acts as an artificial coral reef.

The lost ships, described as “spectacular” by researcher Mario Arena, are now considered to have enormous potential for underwater tourism, similar to what is already offered to divers in Malta or Croatia.

In the meantime, tests are being carried out to assess the environmental impact of ships which, in addition to explosives, carry thousands of tonnes of lead, oil and fuel.

Michelin-starred restaurants, boutiques and superyachts – the new face of Malta…