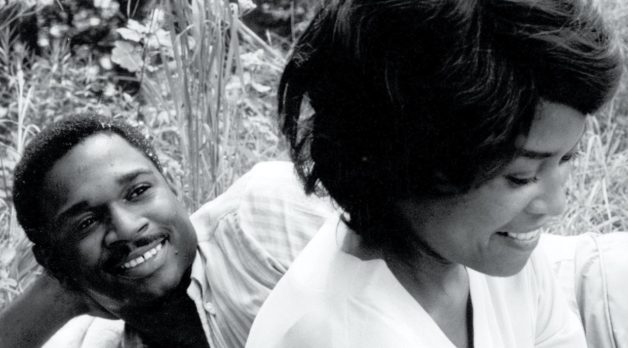 Last Spring, Michael Roemer’s 1984 family melodrama revenge is mine enjoyed a moment in the spotlight thanks to a revival at the Film Forum. But it was just the latest revival for the 94-year-old Roemer, who made a number of films with delayed reception of one kind or another. just a man (1964), a Southern story centered on a black railroad worker and his family relationships, received a very limited initial release, and The plot against Harry (1969), a deadpan New York comedy about a Jewish petty gangster, went from a lost cause to playing at the 1989 New York Film Festival. Going back even further, Cortile Cascino (1962), a television documentary about a mother living in brutal poverty in Palermo, Sicily, was pulled before it aired but gained new life when incorporated into Andrew Young’s 1993 update and Susan Todd, children of destiny.

just a man and children of destiny are screened as part of a tribute to the DuArt film lab at Metrograph. Roemer makes just a man and Cortile Cascino with Robert Young, the filmmaker (The Ballad of Gregorio Cortezlisten)) and brother of DuArt leader Irwin Young (as well as father of Andrew Young). But I first spoke with Roemer a decade ago for an unpublished interview centered on the making of just a man and The plot against Harry. The diversity of Roemer’s cinema in the ’60s was jaw-dropping, and perhaps not everyone was ready for a traveling brand of realism (I’m including the Bronx middle class of The plot against Harry) which recalls Jonathan Rosenbaum’s apt diagnosis: “Roemer is ultimately more interested in life than in film – a classic business responsibility.”

Director: You worked with Robert Young on just a man (1964). How did this partnership come about?

Romer: It came out of a movie that Bob Young and I made in Sicily, Cortile Cascino. We were already thirty years old then. Cortile Cascino was about poverty in Sicily, and it was an extraordinary adventure. It was certainly the first film of which I felt very proud. I was releasing fiction films, I had worked on films in the industry and started my own films in hopes of making them. Bob had made documentary films and we had known each other since college. He invited me to accompany him on this project. I had some great offers, but I wanted to know more about what Bob had spent the last 12 years of his life doing.

I probably wouldn’t have gone with anyone but him. We’ve always liked each other, but we weren’t really friends in college. We had very different backgrounds. I am European, he is American; he was in anthropology, and I was in literature and the arts in general. There was something about Bob’s concrete relationship to the world that seemed very important to me. Conversely, I think he saw that I could bring something from my experience and my point of view to his way of seeing things.

Cortile Cascino never aired. Bob has a more conspiratorial view of it. Bob and I left NBC in anger – I think they didn’t want to bring so much poverty to the American living room, so they pretty much destroyed the opportunity to see the movie. We were determined that it wouldn’t happen again, that someone could take the film from us.

When we were shooting the film in Sicily, I said to myself: “Why not make a fiction film? I was the learning partner. I brought my own experience – the film wouldn’t have been what it was without my presence – but I learned a lot. I’m not going to say that Bob didn’t learn a lot. It was almost like a compromise. I had the experience of fiction, and we found all these wonderful people and settings. But I’m very anxious about things, and Bob is very confident, which isn’t a bad mix.

Director: How did you choose the subject of just a man?

Romer: Bob had been involved in the sit-ins [against segregation in the South]. He had made a documentary about the sit-in movement in Tennessee and met the young people who organized the sit-in in Nashville. He said, “Mike, they’re great people, let’s see if we can make a story.” We had no money, almost nothing, and we each had a family. So we just took an old car and drove around, sometimes followed by a sheriff’s car. We spent six weeks always going “on the wrong side of the tracks”. We met a lot of people, and for me it was a whole new experience. I think there were maybe two African Americans in our college class of 900. It was like being in another country for me.

I kept saying, “What’s the story? We have no history. There was no foreground – we had all these wonderful sets, all these stories of wonderful people. Bob said, “You’ll find something. We were quite far. One day in Mississippi, I felt like I was using a story I had written about a couple who had just gotten married, and suddenly it clicked into place. I was completely naive, but my background in fiction helped me. Something Bob knew before we went was my own experience as a German Jew, and growing up in an anti-Semitic country in the 1930s – a pretty scary place – I identified as an African American. I hope I don’t sound like I’m blowing my own trumpet. This identification was made by American Jews involved in civil rights, who – let’s put it in psychological terms – identified themselves as victims.

Director: What was the story that you thought would work for the film?

Romer: It was about a man’s father who is very destructive and self-destructive, and it was really kind of like some of the stories we had told talking to African American men. It seemed clear to me that this story could work. The African American father who didn’t recognize his son or couldn’t raise his son. The model, or the lack of a model, one might even say, without blaming anyone. Suddenly, everything came together. We wrote this thing in five to six weeks. We have just transferred the family situation that I had written into an African-American context, with all the limitations that come with that. Then we added one more generation, and the problem that men would have of having no way to be fathers and husbands – because their economic existence was destroyed, so they died out. In this sense, it is the very strength of the film. I feel bad for saying this, because in some ways it undermines the movie and makes it kind of a universal story. I’m never a good promoter. I see flaws so quickly.

Director: What happened after just a man? Have you received any offers to make films?

Romer: After just a man, we were so naive. Agents came to tell us: “You can make money! I still remember it. But I never made my living making movies. Well, that’s not entirely true. I stayed in the East and made a total of four feature films – not really a huge number, and I couldn’t live on any of them. Three of them made money but so slowly I couldn’t [live only from them]. And I’m useless as a mercenary. There was a time when we bought the rights to a novel, the second book by Elie Wiesel [Dawn]– a story that was linked to the camps. I had spent eight months reading and wanted to do something about it. But after eight months, I just said, “I can’t do it. And we didn’t. I’m grateful that I didn’t.

Director: Could you talk about The plot against Harry (1969)? It’s so, so funny, and in a very special way. How was it not properly published before 1989?

Romer: It’s a very strange film – we were pretty crazy to think we could actually do it. I must have shown this film to 20 different distributors. For an independent filmmaker, you make a film, and nobody likes it? I was quite defeated. The has been a lawyer who liked it, and he put it in Columbia Pictures to show his boss. And he showed it to someone I really knew, who I worked with on a feature film. And he walked in, and he was thrilled to see that I had made a film. He looked and he said, “I guess I don’t have a Jewish sense of humor” and he walked out. Nobody liked that.

The worst thing is that the crew was a great crew. You can only make a movie like this with people who are going to work well beyond any salary you could possibly pay them, just like the actors. We were all filmmakers, it’s never just one person. On just a manBob [Young] shot, and Bob Rubin, who was one of the three producers, did the sound. We had an editor who worked for nothing, who lined up the rushes. There was a guy in New Jersey – we couldn’t shoot him in the South – and he became a production manager. There was a very nice woman who made the costumes, just a woman we met. And there was an African-American production assistant. Then we had a few people from a project we had been working on in Massachusetts, electricians whose boss invested their services and the lights in our film. And I was in the publishers union. I knew a bit about sound.

Director: The plot against Harry is also a great New York film.

Romer: We shot all over New York: Brooklyn, Queens, Manhattan. But we really wanted to avoid New York as a location. We used it, but there is no Empire State Building, we avoided the landmarks. There are a lot of places in New York, and that was more what we were interested in.

I lived on the Lower East Side in 1949 when it was a neighborhood of Jewish immigrants, the first inroads of other poor people who came into the community. I was on the Lower East Side for years before it became an artists paradise. I lived there in an apartment for $16 a month. You couldn’t afford the Village.

Director: It was a busy time for cinema in New York, with so much important work going on. Who else did you know to make films at the time?

Romer: It was a very small pot. I knew Fred Wiseman, who had done the cool world (1963). Fred and I have been friends ever since. I knew people who did David and Lisa (1962). He was husband and wife, and the producer of that movie was very nice to us. They had gone down this path before, just like Shirley Clarke in the cool world. People share information, as people do today. Then there was a guy named Morris Engel [director of Little Fugitive (1953) and Weddings and Babies (1958)]. We knew him but he was doing something else. He was a one-man band, there was no one else. Cassavetes had done Shadows, but I never met Cassavetes. He went west after that, and he was connected as an actor to other people. He had a very different and original way of making films, very different from what I ended up doing. I’m much more scripted. Thank goodness we didn’t know we were doing. If we had seen what we would face…