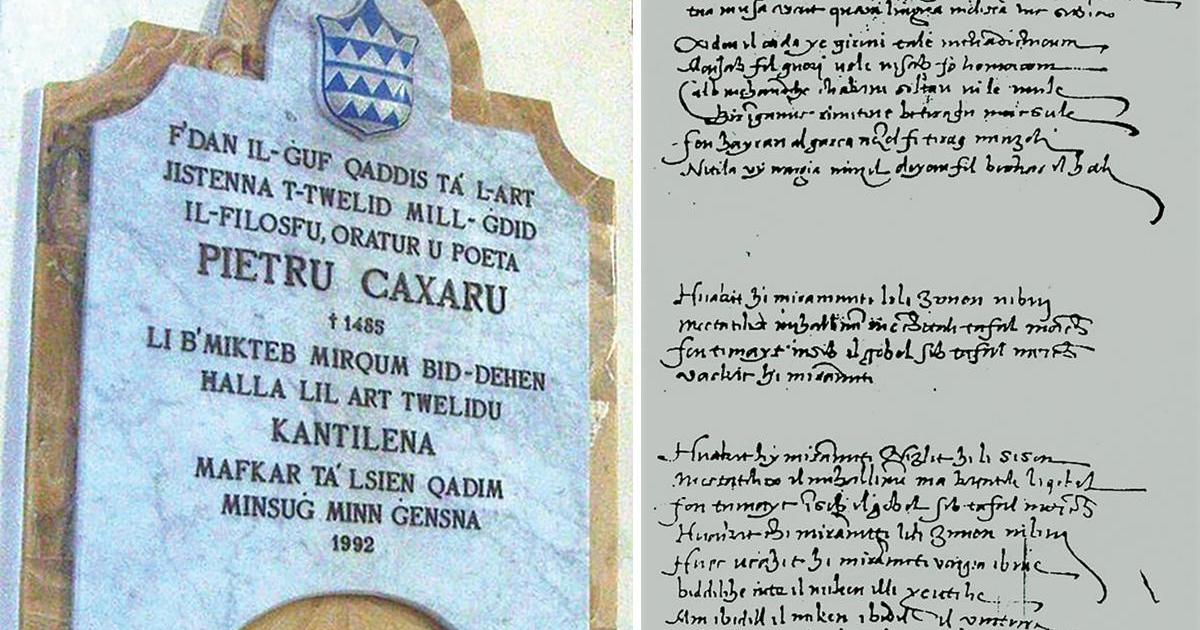 Writing in the second half of the 19th century on Arab Sicily, the Sicilian historian and orientalist Michele Amari (1806-1889) refers to three well-known “Maltese” poets – Ibn as Samanti al Maliti, Ibn al Qasim ibn Ramadan al Maliti and Utman ibn Abd ar Rahman called Ibn after Susi – who lived in the first half of the 12th century but who, however, exhibited their verses in Arabic.

In 1240, there were still a large number of Arabs living in the Maltese islands but, after their expulsion in 1249, according to Ibn Khaldun (1332-1406), Arabic then spoken locally – already very evolved from the classical form – must have started to fall under the increasing influence of Sicilian and other European languages, thus resulting in developments in vocabulary, syntax and morphology.

In medieval Malta, Latin replaced Arabic as the language of administration and culture, and Italian in its Sicilian form introduced during the 15th century. But the Maltese language was ignored even though it was spoken by the general population. It seems that hardly anyone wrote anything in Maltese and, in fact, no Maltese writing dating back to the late Middle Ages has ever been found until 1966. In that year there was the discovery of a Cantilene written in the 15th century. Its author was Peter Caxaro, who died in August 1485, thus forming the basis of this month’s story.

On September 22, 1966, Dr (later Professor) Godfrey Wettinger (1929-2015) and Reverend Michael Fsadni, OP (1916-2013) were carrying out research, as they had done on several occasions, at the Notarial Archives of La Valletta. On this occasion they came across a poem, known as Cantilena, written in medieval Maltese by Peter Caxaro, which was bound in the first volume of the notarial acts published by the notary Reverend Brandan of Caxario (c.1508-65 ) between December 4, 1533 and May 26, 1536. At the end of the volume, there are eight unnumbered empty leaves: the Cantilena is written on the back of leaf number six.

Although this was an accidental discovery, it was also a momentous and very important discovery. Previously, the earliest evidence of written Maltese was considered to be the poem by GF Bonamico (1639-80), a physician who dedicated it to Grand Master Nicholas Cotoner (1663-80) circa 1672-5. This poem had been discovered in the collection of manuscripts of GP Agius de Soldanis, the Gozitan scholar and the first Maltese librarian of the Public Library, and it was assumed that Bonamico’s effort was only a sporadic attempt to write in Maltese. 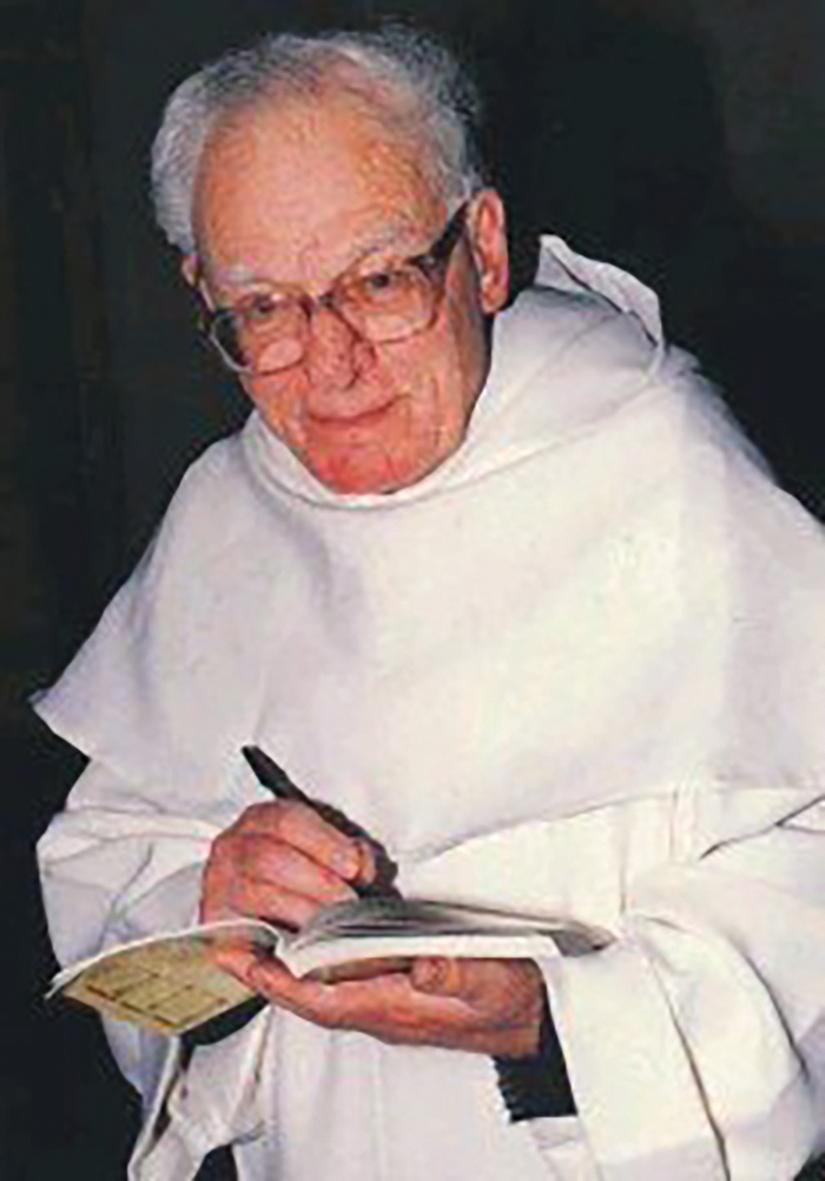 However, the 1966 discovery effectively pushed back the date of written Maltese by about two centuries. The two researchers, Fsadni and Wettinger, then carried out a detailed overview of the period and presented a publication, now virtually unobtainable, entitled Peter Caxaro’s Cantilena, a Poem in Medieval Maltese (Malta, 1968), a work that was updated and revised before it was again published, this time in Maltese, under the title L-Għanja ta ‘Pietru Caxaru, Poeżija bil-Malti Medjevali (Malta, 1983), now virtually unobtainable.

These two books not only contain a detailed analysis of the Cantilena, but also include information on the discovery of the poem, the search for the first examples of written Maltese, the authorship of the poem, the place of the Maltese language and cultural life in Malta at this time. , and the place of the Cantilena in Maltese literature. The authors also presented biographical notes on Caxaro, about which nothing was previously known.

There has been speculation on which of the two researchers made the actual discovery. However, Fsadni and Wettinger had a personal agreement that they would always present the find as a joint find, and carried this agreement to their graves. I firmly believe that their wish should be fully respected and that we should always refer to them as the co-discoverers of Cantilena. 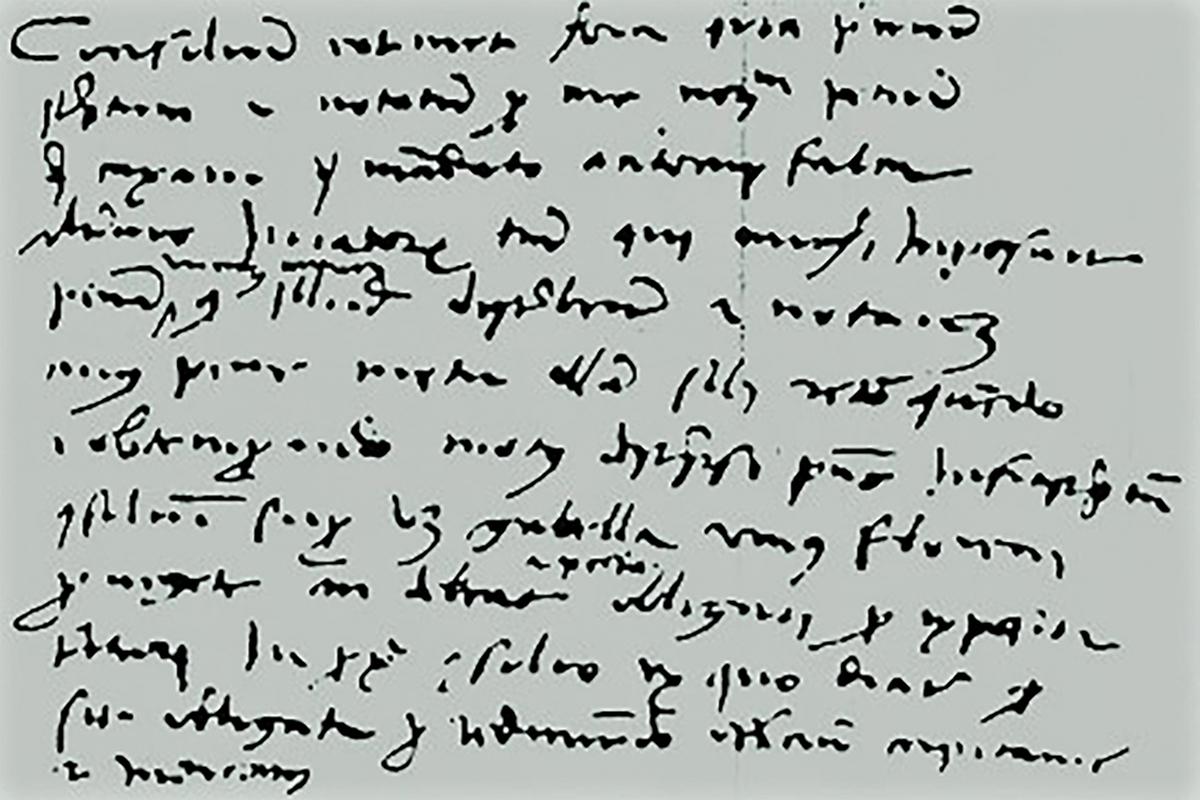 Brandan de Caxario attributed the authorship of the Cantilena to Peter de Caxaro, whom the same Brandan described as his “last ancestor” who was also “a philosopher, a poet and an orator”. The poem, as already indicated, is linked to Brandan’s notarial deeds for the period 1533-1536 but an introductory note in Latin indicates that it was “written a long time ago”.

The 15th and 16th century archives include several Caxaros who played an important role in the public affairs of the Maltese Islands; among them was Peter Caxaro, especially for the period 1450-83. Peter was the son of Leo and Zuna and had at least one brother named Nicholas and one sister (name not yet known) who had a daughter named Jacuba. His date of birth is unknown (for now anyway). 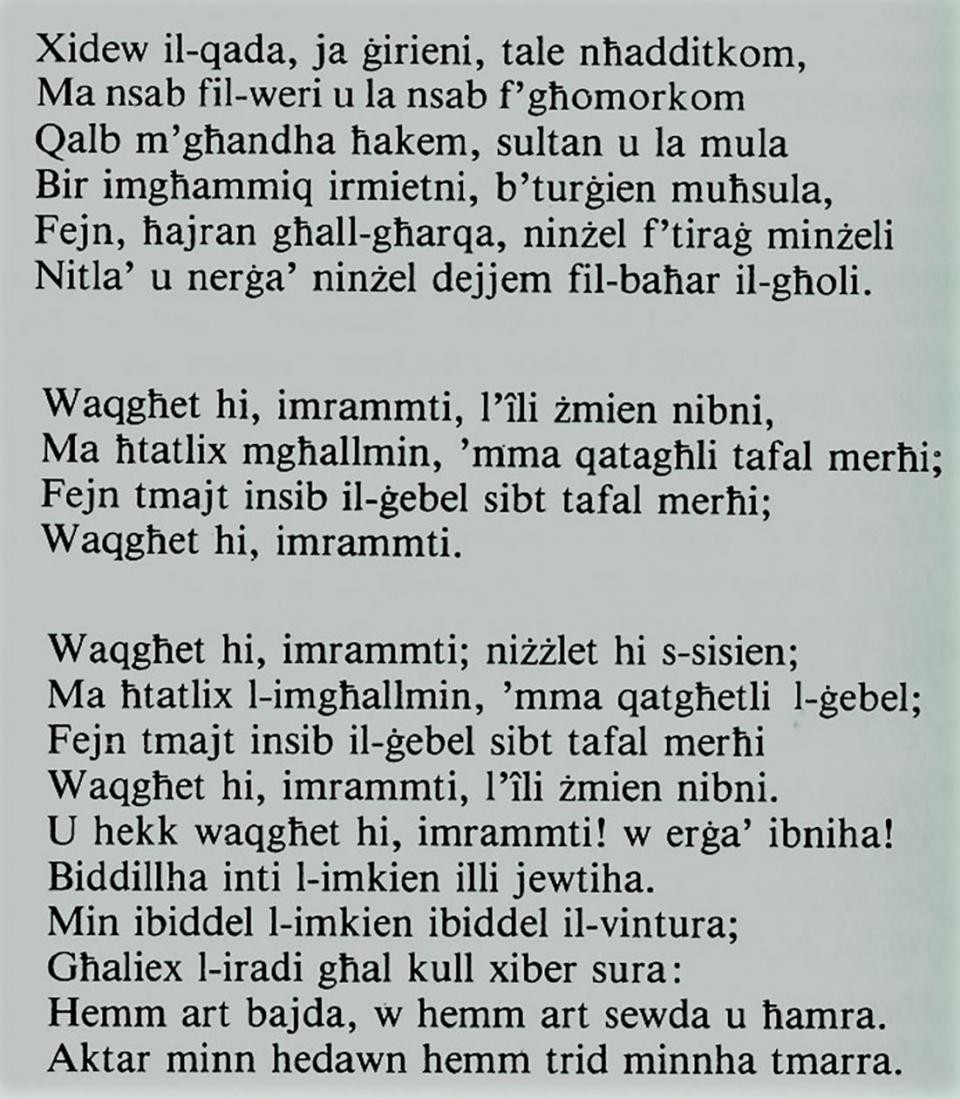 On April 1, 1438, Peter Caxaro obtained the mandate of a notary for the Maltese Islands, after having been approved during examinations held in Palermo by the prothonotary (protonotario) of Sicily. However, no reference has ever been discovered (so far) attesting to a notarial work carried out by him; it can therefore be assumed that he never practiced his profession or that he did so only for a very short period.

In 1440 Caxaro was appointed judge of Gozo, then also held that office in Malta in 1441. Later he was to be appointed to a number of public offices and on several occasions he served as judge, jurist and notary of the municipal council of Mdina (or the city clerk).

Apparently he never got married. The rest of his will, written on August 2, 1485, and other documents relating to the legacies he bequeathed, never mention a woman or offspring, but, conversely, mention her slaves or former slaves. Caxaro was going to marry Francha de Biglera, a widow, but the lady apparently changed her mind. In any case, no document attests to a marriage contracted by Caxaro. 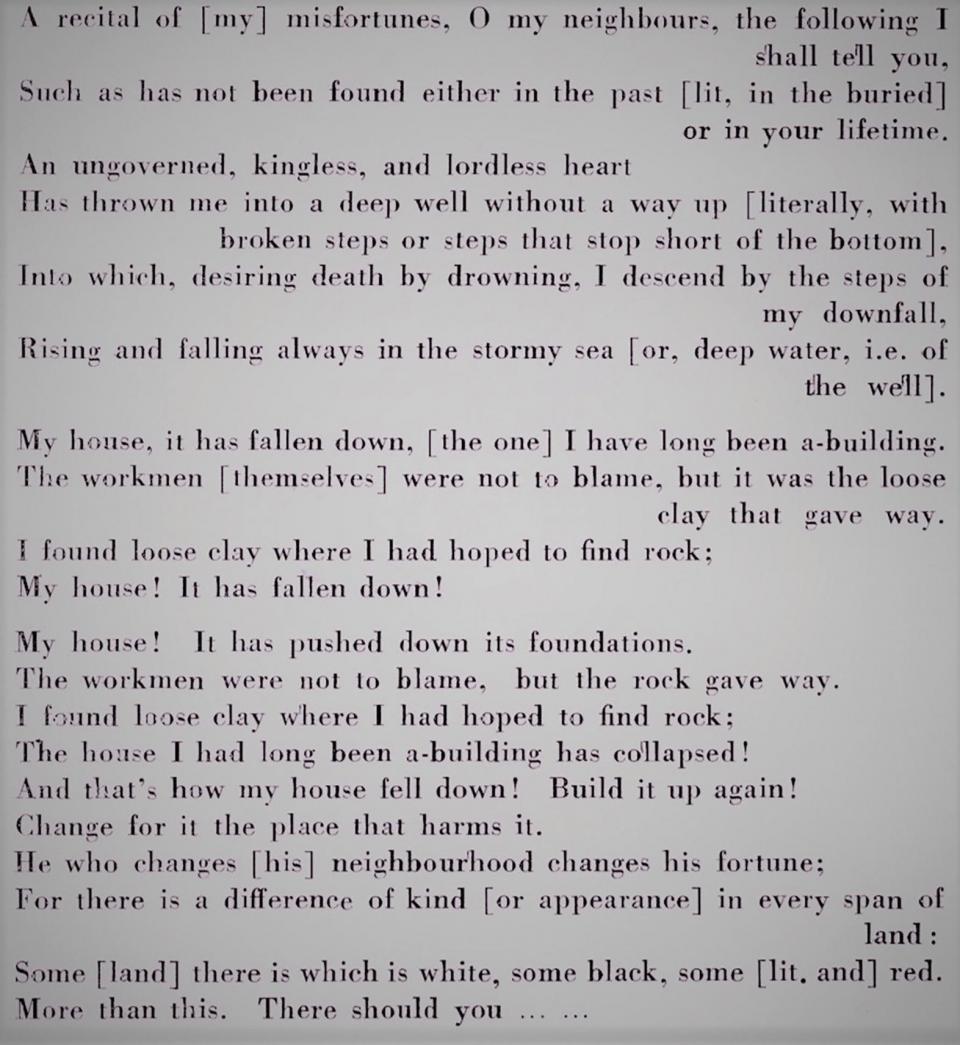 Line by line rendering of the Cantilena in English. Source: Wettinger & Fsadni publication in 1968, page 38

He died soon after making his will, but the exact date of his death is unknown, although documentation indicates that he had already died at the end of August 1485. He was buried in the chapel built in its charges in the Dominican Church of Our Lady of the Grotto in Rabat, Malta. He owned a fairly large estate, including two houses in Mdina, various expanses of land and fields, a vineyard and a farm. It is not known which of these properties, if any, was held under emphyteutic lease only.

As might be expected, city council records provide information on Caxaro’s oratory skills, which appear to have been considerable, but say nothing of his philosophical or poetic interests. Indeed, the Cantilena is his only surviving literary effort. Yet Brandan de Caxario wrote – and there is no reason to doubt him – that someone wrote about Peter: nymphs are looking for you; may your Muse inspire you.

The 20-line Cantilena is divided into three unequal stanzas of six, four, and 10 lines respectively. The poem is allegorical and refers to the misfortune caused by the collapse of the house he was building because he had built it in the wrong place. Naturally, Caxaro refers to the failure of a project close to his heart, probably because his plans to marry the already mentioned Francha de Biglera ended in failure.

From a literary point of view, the Cantilène is not to be taken lightly. It has been analyzed and discussed many times by literary experts and their comments show that Caxaro was not a simple verse compiler but knew the art of poetry, an art perhaps learned from a study of the classics.

Cantilena demonstrates that the Maltese language was sometimes used to express higher feelings as early as the 15th century. This helps to relate Arabic to later literary traditions in Malta, keeping in mind that Caxaro lived barely two centuries after the expulsion of the Arabs from Malta. It is, of course, the first known Maltese poem written by a Maltese who deservedly deserved inclusion in a series of Maltese commemorative postage stamps in October 1985, 500 years after his passing.

This article is mainly based on the two books written by Professor Godfrey Wettinger and Father Michael Fsadni, OP, mentioned in the text.