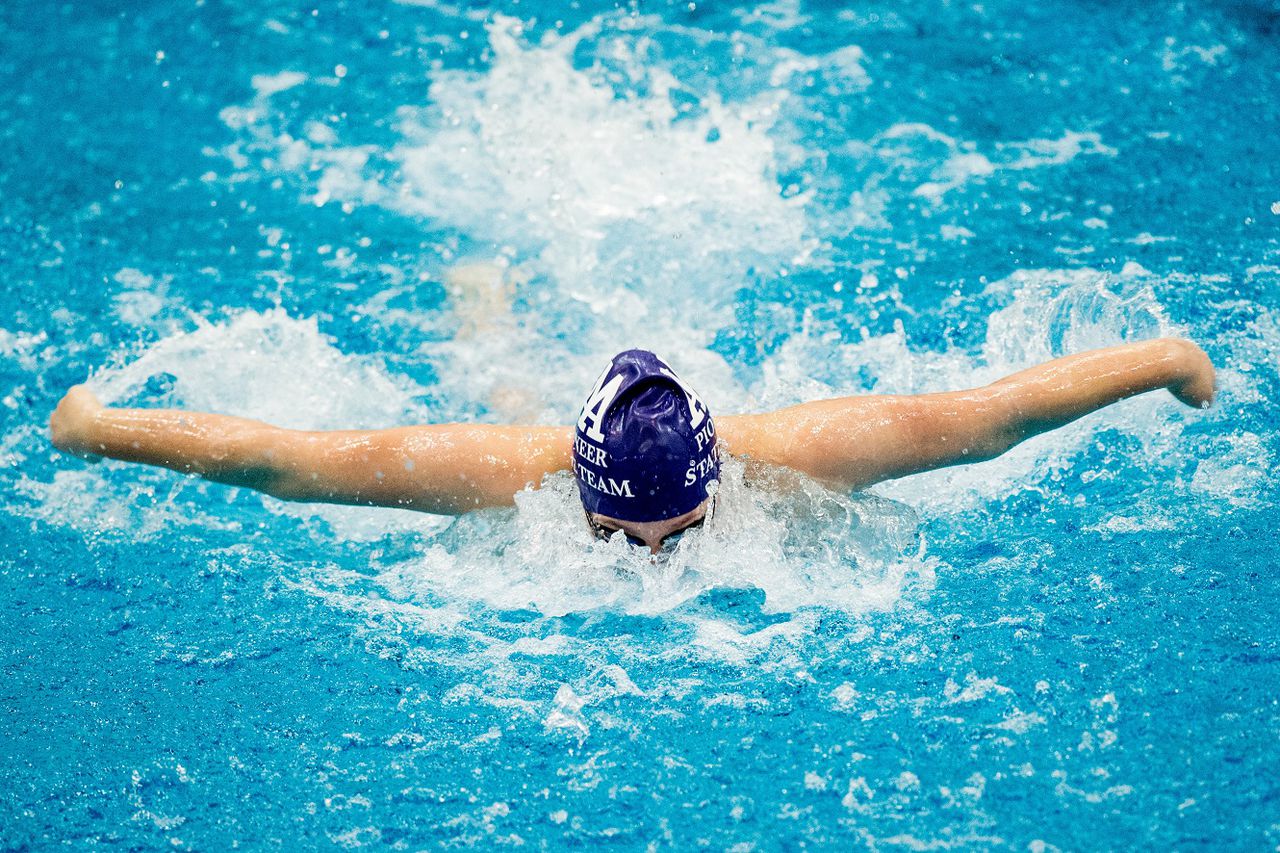 ANN ARBOR – When Stefanie Kerska looks at her desk every morning, there’s a picture of grandeur on it that reminds her where she wants to be as a coach.

The Ann Arbor Pioneer Girls’ Swim and Dive Coach was once a trailblazer swimmer and swam under former longtime Pioneer coach Denny Hill, who won 16 State Girls Swimming Championships at the over four decades, including several alongside his wife, Liz.

A photo of Denny Hill sits on Kerska’s desks and the image motivates her to flip the program during her dominant stretch under the legendary trainers.

“My goal has been to try and help put the program back (back to its winning ways),” Kerska said. “I swam for (Denny Hill) and that’s really what I want for our athletes is to have the experience that I’ve had.

“Denny and Liz are definitely my motivation to bring the team back by winning championships and restoring the tradition at Pioneer is really something that I think this group could be capable of. They are constantly my motivation to be a better coach so that I can offer my athletes the experience I had at Pioneer.

Pioneer hasn’t won a tag team state title since Hill’s last victory in 2008 and is 0.5 points away from winning the Division 1 crown last season.

Being so close to winning the program’s first title in over a decade made this year’s team want to try again.

“The good thing about this group is that they were just as hungry two years ago as freshmen as they were last year as they were this year,” Kerska said. “They are really focused on improving and working to their best potential. We try not to look too outwardly. We are trying to control our controllable and do what we can do. Last year we have had a great year, everyone swam lifelong records and we missed a half point.

The Pioneers fired almost everyone from their State Championship finalist squad a year ago, including Edwina Jalet, Lindsay Orringer-Hau, Vivian VanRenterghem, Amelia Weyhing, Autumn Bullinger, Lilly Cramer and Holly Pringle, among others. .

But even with the amount of returning experience and high expectations, Kerska said this season was not a championship or a failure.

“I think this is a group that definitely has the potential to do it,” she said of the title win. “They are able to do it. A lot can happen, especially in the situation we are in right now, so I wouldn’t call it a championship or a failure anymore just because we are so grateful to train and to compete, so things look a little different for us after what everyone has been through for the last six months.

“They really didn’t miss a beat to come back and be together again. The whole season has a new level of gratitude, not taking it for granted, really appreciating each other, really enjoying the time they spend training and competing. This is something they will probably never take for granted again.

The Pioneers opened the season with convincing back-to-back wins over Temperance Bedford and their rival Ann Arbor Skyline, winning both competitions by wide margins. Pioneer will next face Monroe on Thursday.

While the details of what the state finals will look like this season are unclear given the COVID-19 pandemic, Kerska is still confident the team will be in the running when the time comes.

“I am quite optimistic about the current situation and quite satisfied,” she said. “We have a pretty good core of athletes who have been able to train much of the summer and it made a big difference to come back this fall. I like where we are right. We can always be better, but they are showing great promise right now. “