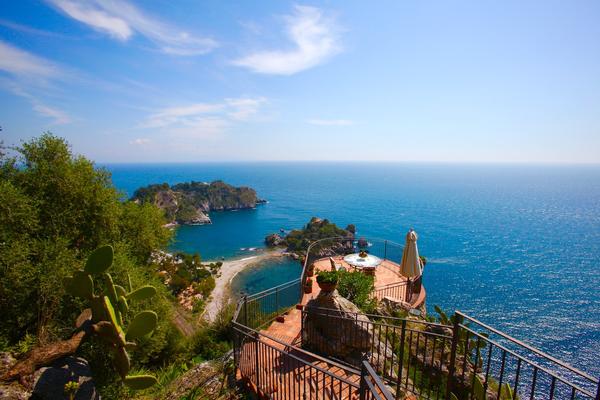 Highlights include the 241-room Hotel Per La in Los Angeles, which began welcoming guests this month and is located in the former headquarters of the Bank of Italy. The property is appointed with 4,000 works of art and a rooftop pool and bar with panoramic views. Later this summer, the hotel will pay some sort of homage to its history with a restroom in a walk-in vault that once housed 12,000 safes.

The 63-room Grand Hotel San Pietro in Sicily is housed in a restored 20th-century villa on the site of an ancient Roman road in Taormina. It is equipped with an open-air restaurant with a large terrace and the Rotonda sul Mare, with a patio offering intimate dinners for two.

The Iniala Harbor House & Residences in Valletta, Malta offers 20 suites and three bedrooms with balconies or terraces, and in some cases plunge pools, as well as French doors offering views of the Grand Harbour. The establishment also houses a restaurant by Michelin-starred chef Alex Dilling.

Set on 300 beachfront acres, Aurora Anguilla Resort & Golf Club features 178 guest rooms, beach suites, and multi-bedroom villas with shared butler services. The resort is also home to one of the largest spas in the Caribbean, with over 27,000 square feet of spa and wellness space.

US properties include Virgin hotels in New Orleans, Nashville, Dallas and Chicago; Preserve Sporting Club & Residences in Richmond, RI; Aspen Meadows Resort in Aspen, Colorado; and The Laurel Hotel & Spa and The Hotel at Auburn University & Dixon Conference Center, both located in Auburn, Ala.

Properties in Italy include Umilta 36 in Rome and Hotel Savoia & Jolanda in Venice.

In France, a new member is the Hôtel Golf Château de Chailly in Chailly-sur-Armançon; and in Portugal, Pestana Douro, Riverside Hotel & Conference Center in Porto.

For the latest travel news, updates and deals, subscribe to the TravelPulse daily newsletter.