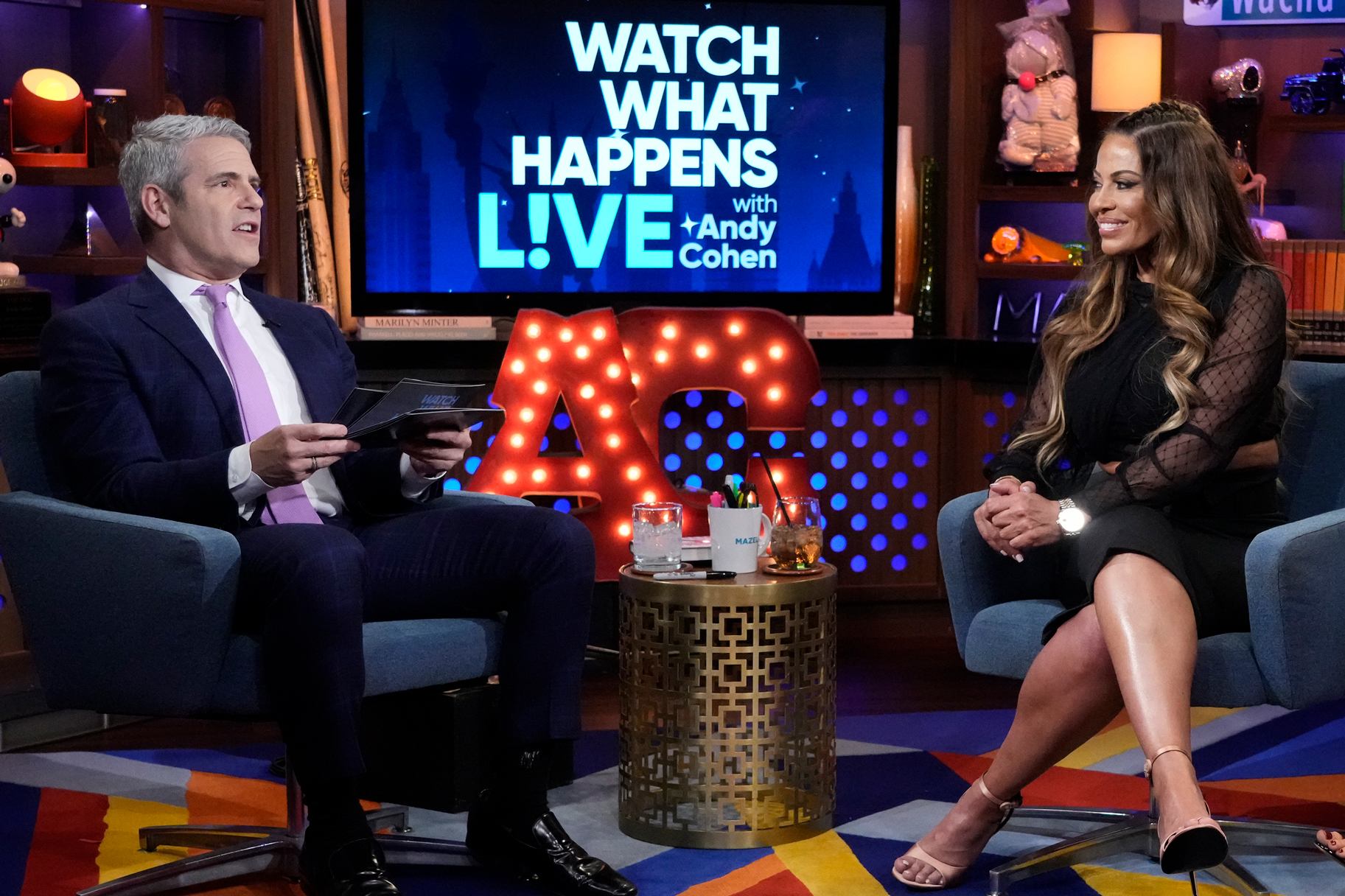 Now that we know what glamorous looks The Real Housewives of New Jersey The cast has swung for the upcoming Season 12 reunion, thanks to Bravo Insider we get more reunion info via Andy Cohen and Dolores Catania.

When Dolores stopped Watch What Happens Live with Andy Cohen this week, the duo spilled the tea on what the reunion day really looked like. “I’m not out of it yet,” Dolores told the Clubhouse during her April 5 appearance. “It’s been a long day.”

Andy, the meeting host, totally agreed that it was a long day…and more. “That meeting was something else,” he said. “I’m not right about that, and that’s what I do.”

While the duo didn’t divulge too many other details, Andy dropped this hint: “It reminded me of the beginning Jersey reunion… It was really overwhelming. It was a lot, and nobody wanted to listen to me.”

Speaking of meetings of sorts, when Dolores was on WWHL this week, she talked about stepping out with a familiar face from those early RHONJ days: Caroline Manzo.

A fan wanted to know what Dolores’ best friend, Teresa Giudice, thought about it, given her opinion on the RHONJ alum. The fan also wanted to know if it was “difficult” to balance the two friendships in the midst of their problems. “It’s always hard to be friends with people who don’t get along. But I can get through it because I don’t let anyone dictate who I’m friends with,” Dolores shared. “So Teresa was okay with that. She knows we’ve been friends for a really long time.”

Dolores and Caroline talked about the girls’ night out in Los Angeles, which took place at the end of last month. “Back to LaLa Land. Nothing like palm trees [and] good friends,” Dolores posted.

Caroline added in a separate post: “Returning home after a quick trip to LA where I [met] new friends and I spent time with one of my oldest. We are an unlikely couple [Dolores] but our friendship has stood the test of time.”