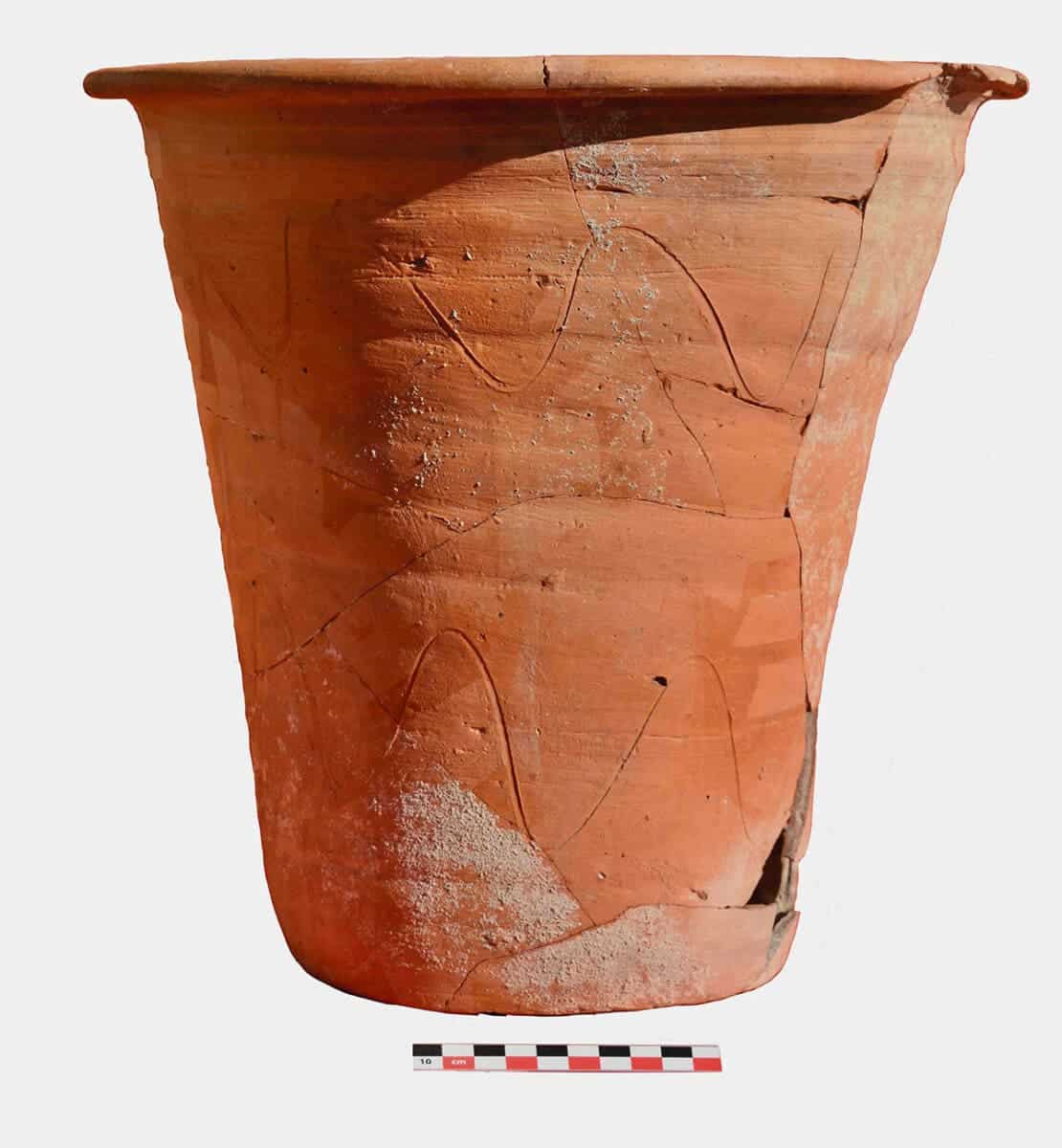 Roman “storage” vessels turn out to be portable toilets

Archaeologists from the University of Cambridge have analyzed a vessel found in a 5th-century Roman villa in Sicily – and on the ceramic material inside they found eggs of whipworm, a parasitic roundworm. Since whipworm (Trichuris trichiura) is an intestinal parasite of humans, this suggests that this type of potty (which was quite common) was used as a portable toilet, not a storage jar.

Usually when you find a whipworm you are not happy. The parasitic worm causes trichuriasis, one of the infamous neglected tropical diseases. But for researchers doing microscopy on the Roman vessel, things were quite different.

“It was incredibly exciting to find the eggs of these parasitic worms 1,500 years after they were laid down,” says co-author Tianyi Wang, from the University of Cambridge, who was involved in the microscopy work.

“We found that the parasite eggs were trapped in the layers of minerals that formed on the surface of the jar, thus preserving them for centuries,” says co-author Sophie Rabinow, also from the Cambridge team.

This type of pot was quite common throughout the Roman Empire, and several of them have been found at various sites (ceramics, in general, are one of the most common types of Roman finds). Without any information on what they might be, archaeologists simply assumed they were used for storage. But the parasites discovered showed that was not the case, and the potty was used to poop.

“Conical jars of this type were fairly widely recognized in the Roman Empire and in the absence of other evidence they were often referred to as storage jars. The discovery of numerous public latrines or nearby has suggested that they could have been used as chamber pots, but so far the evidence has been lacking,” says Roger Wilson, a professor in the Department of Classical, Near Eastern and Religious Studies at UBC who leads the Gerace Archaeological Project. in Sicily where the pot was found.

The pot is 31.8 cm tall (12.5 inches) with a diameter of 34 cm at the rim (13 inches). It was most likely used in conjunction with a chair under which the potty was placed – a type of ancient Roman portable toilet, probably used in a spa.

“This pot came from the bath complex of a Roman villa. It seems likely that those who visited the baths would have used this chamber pot when they wanted to go to the toilet, as the baths had no latrines built. Obviously , convenience was important to them,” says Piers Mitchell, the parasite expert who led the lab study.

The technique (searching for parasites in archaeological pottery) could be used to analyze other types of artifacts and hopefully get clues as to their use – particularly, if they were used as toilets. Of course, that depends on how likely the Romans are to be infected with some type of parasite.

“Where Roman pots in museums are noted for having these mineralized concretions inside the base, they can now be sampled using our technique to see if they were also used as chamber pots,” Mitchell concludes. .

Finally, the approach could also help researchers better understand the gut health of Romans by analyzing multiple jars and seeing what kind of parasites (and how many) they can detect.