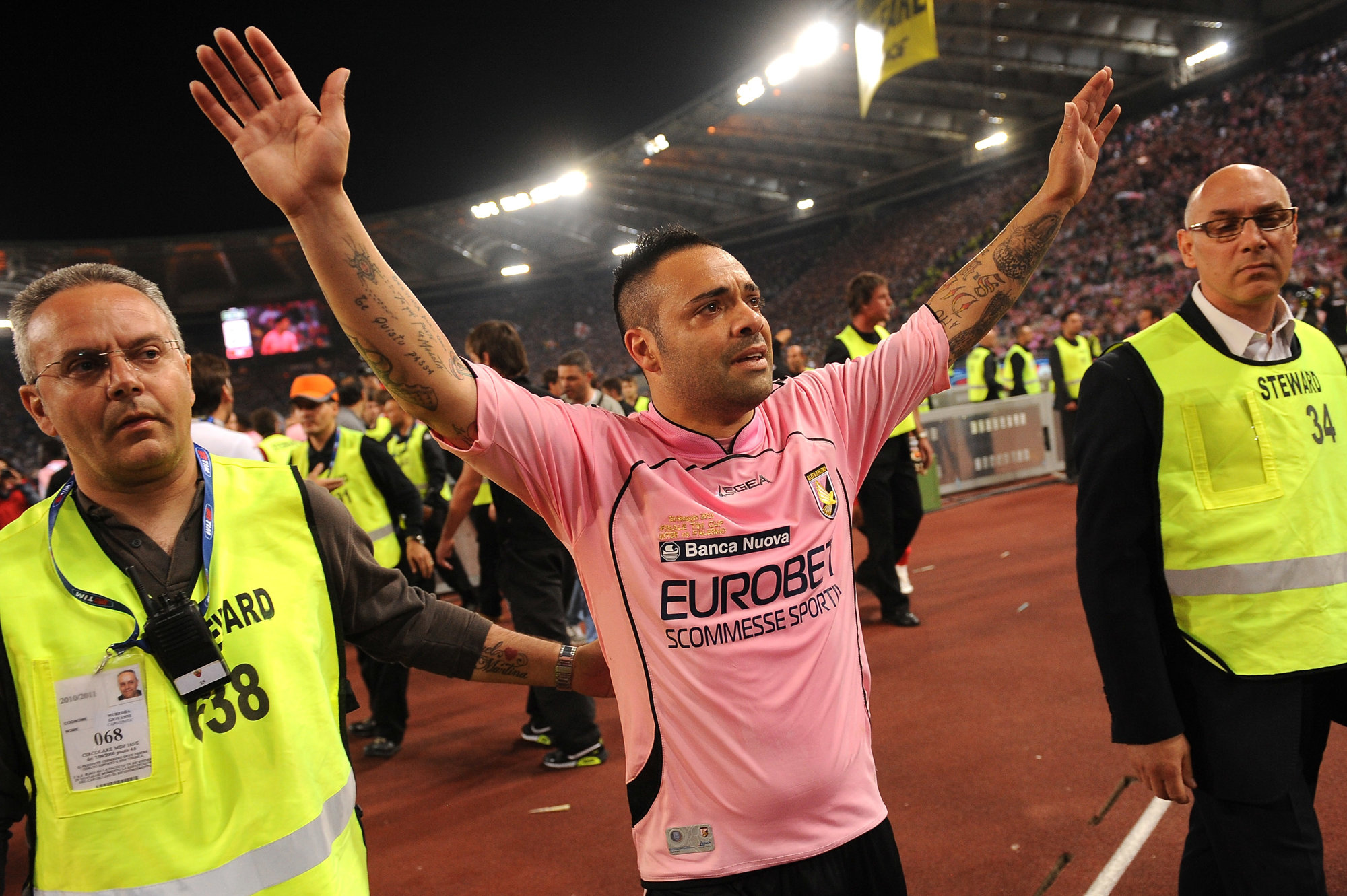 If we were to discuss football and you asked who I support, I would say Sheffield Wednesday. It’s the team I’ve followed since childhood, the one I watch whenever I can and make trips to follow at every opportunity when real life doesn’t stop me.

But if we move on to Italian football, you will know how much Palermo means to me. A Serie A fan since the glory days of the early 90s, I didn’t have a ‘team’ as such until 2003. I wanted my team to come to me, rather than just picking Juventus, AC Milan or Inter because they were winning.

Then, on vacation in Sicily, the Rosaneros stole my heart without me even seeing them play. On a quest to find a Palermo mug for a friend’s dad who collected them from football clubs around the world, the whole episode became an adventure that included misdirection, the offer of a visit from the stadium, the tallest man I’ve ever seen in real life and someone throwing the keys to a store down a street on the back of a Vespa. Oh, and we ended up with a cup and saucer instead of a mug.

A city famous for the male breadwinner of the Mafia but with beautiful architecture and street stalls laden with the supposedly girlish pink of its football team, it was a ball of contradictions and I loved it. From then until today, the club has been my adopted team.

After moving to northern Italy to cover football in 2009, the love grew stronger. Whenever I had the opportunity to assign my own game for the weekend, I tried to make it a Palermo game. And if the opportunity arose, I would head to Sicily and try to attend several Rosanero games during my trip. My enthusiasm was such that my friends, neighbors, bar owners and others knew me as “the Palermitano”.

When they beat Milan 2-1 in the second leg of the 2011 Coppa Italia semi-final to reach their first final in 32 years, I was there, partying in Piazza Castelnuovo with the rest of the locals by the aftermath and even leaving a dent in my head after climbing over a street railing and slamming my bonce on a “No Parking” sign.

Even after returning to the UK in 2013 I followed them, in that I dragged my friends to Palermo for my bachelor party a few years later to see a then struggling Rosanero lose without even a moan against Napoli. And as they exited Serie A, and later business, I watched. After new club Phoenix formed in 2019, I was on my couch watching a stream when they went out for their first Serie D game in Marsala.

So when they were promoted for the second time in three years to reach Serie B in June, I should have been delighted. But as I watched both legs of the final play-off victory over Padua, I did so with a heavy black cloud hanging over the whole experience.

Indeed, they were about to be taken over by the City Football Group, owned by the Abu Dhabi United Group, owners of Manchester City. The same holding company which has stakes in various clubs around the world was now getting its hands on Palermo, a move confirmed by the club on Monday. 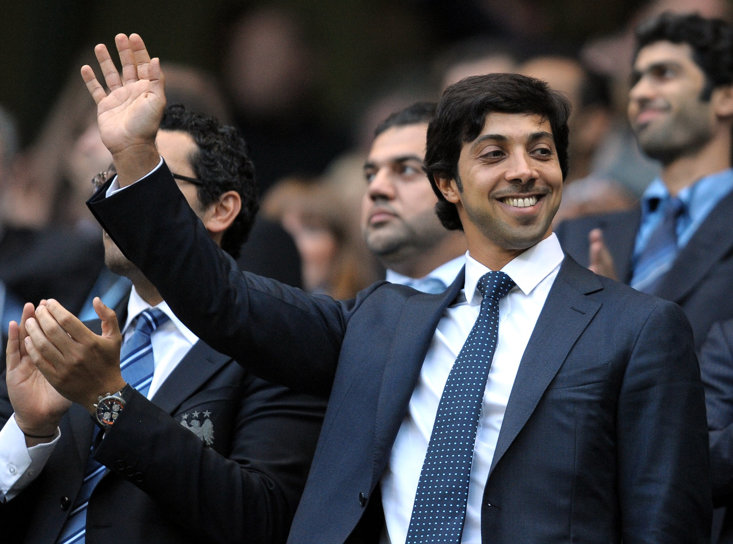 Sheikh Mansour bin Zayed Al Nahyan is not only the owner of United Group, but also the Deputy Prime Minister of the United Arab Emirates, a country which Amnesty International has accused of several human rights violations over a period of years.

“The government continued to commit serious human rights violations, including arbitrary detention, cruel and inhuman treatment of detainees, suppression of freedom of expression and violations of the right to privacy,” Amnesty said in a statement. its 2021 country report.

While there have been human rights violations related to the ongoing conflict in Yemen, there are also general governance issues. This includes arbitrary detention of prisoners beyond the end of their sentence, discrimination against native-born stateless persons, and vague language related to sexual and reproductive rights criminalizing what the state calls “scandalous acts undermining the modesty “.

Just as the United group have been accused of using Manchester City for sportwashing purposes, it looks like the same is about to happen with Palermo. The stated aim is to get the club into Serie A as soon as possible, and from there it will be a matter of getting past the tree. But while I reveled in the brush successfully at the start of the last decade, it wouldn’t seem right to me to join the Rosanero on this particular run.

Eight years ago, 40,000 Palermo fans prepared to take over Rome as their side headed to the Coppa Italia final.
Now they have been downgraded to Serie C.
Sad state of affairs 😢 ⚽️ 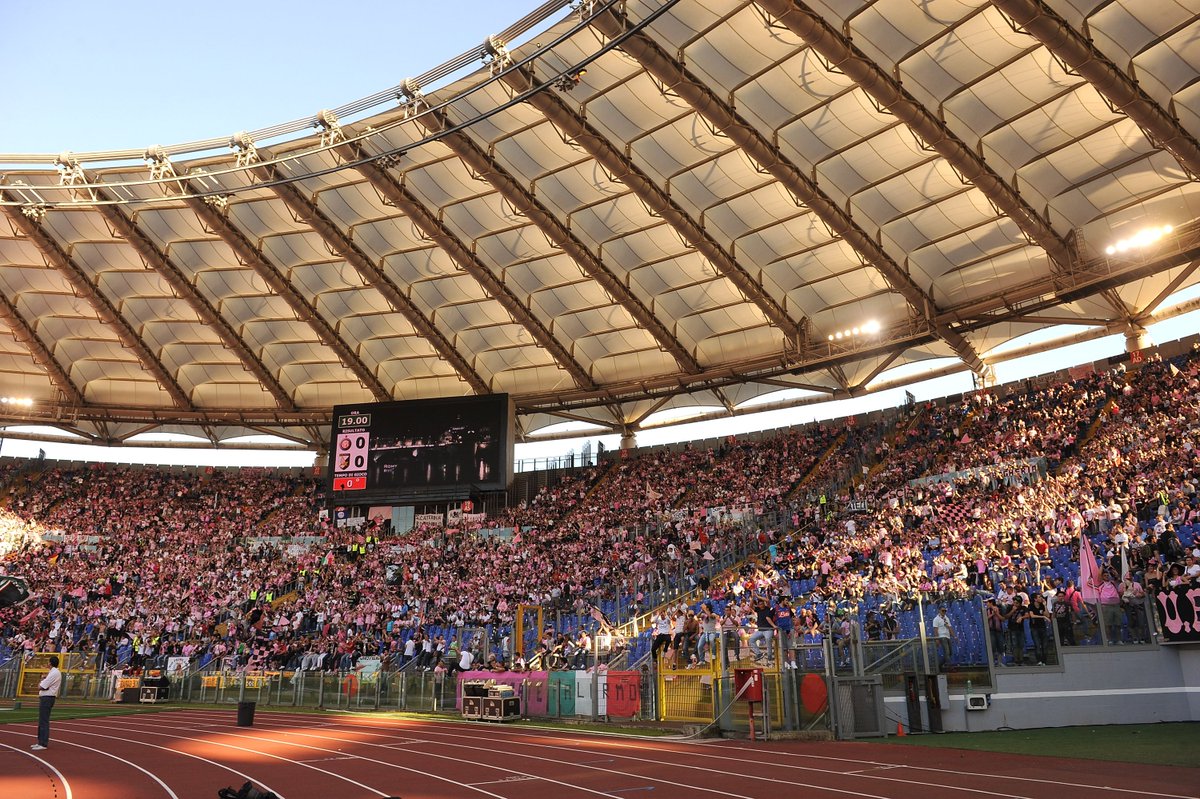 Maybe it’s easy for me to take a step back from a club I didn’t go to when I was a kid. It might be harder to give up my fandom if it was Sheffield Wednesday rather than Palermo. And if it was the team that my parents took me to see? If it was a long family tradition to go to the game? Of course, the decision wouldn’t be easy, but my partnership with Palermo has been long enough and strong enough that it wasn’t a throwaway choice. It’s not throwing away old socks that I loved, it’s a 19-year association that helped shape me as an adult.

But in the same way that you would make the hard decision to leave a partner whose values ​​have changed, who has become a very different person from the one you fell in love with, our affinities for football clubs should not automatically remain if we have become a patsy for nation states and big corporations with dark agendas buying into the sport.

As such, I won’t be dancing in the streets of Palermo the next time they reach a final. I won’t be looking for streams every Sunday, and if they raise the Scudetto in a few years, that will make me a bit sad rather than thrilled. It is no longer a charming club with its immaculate pink jerseys, but a sportswashing vehicle bearing an asterisk.

Some things are bigger than football.

*18+ | BeGambleAware | Odds are subject to change

arrived at the sexiest and baldest little detective in Sicily

Venice to impose fees on day-trippers to preserve historic city