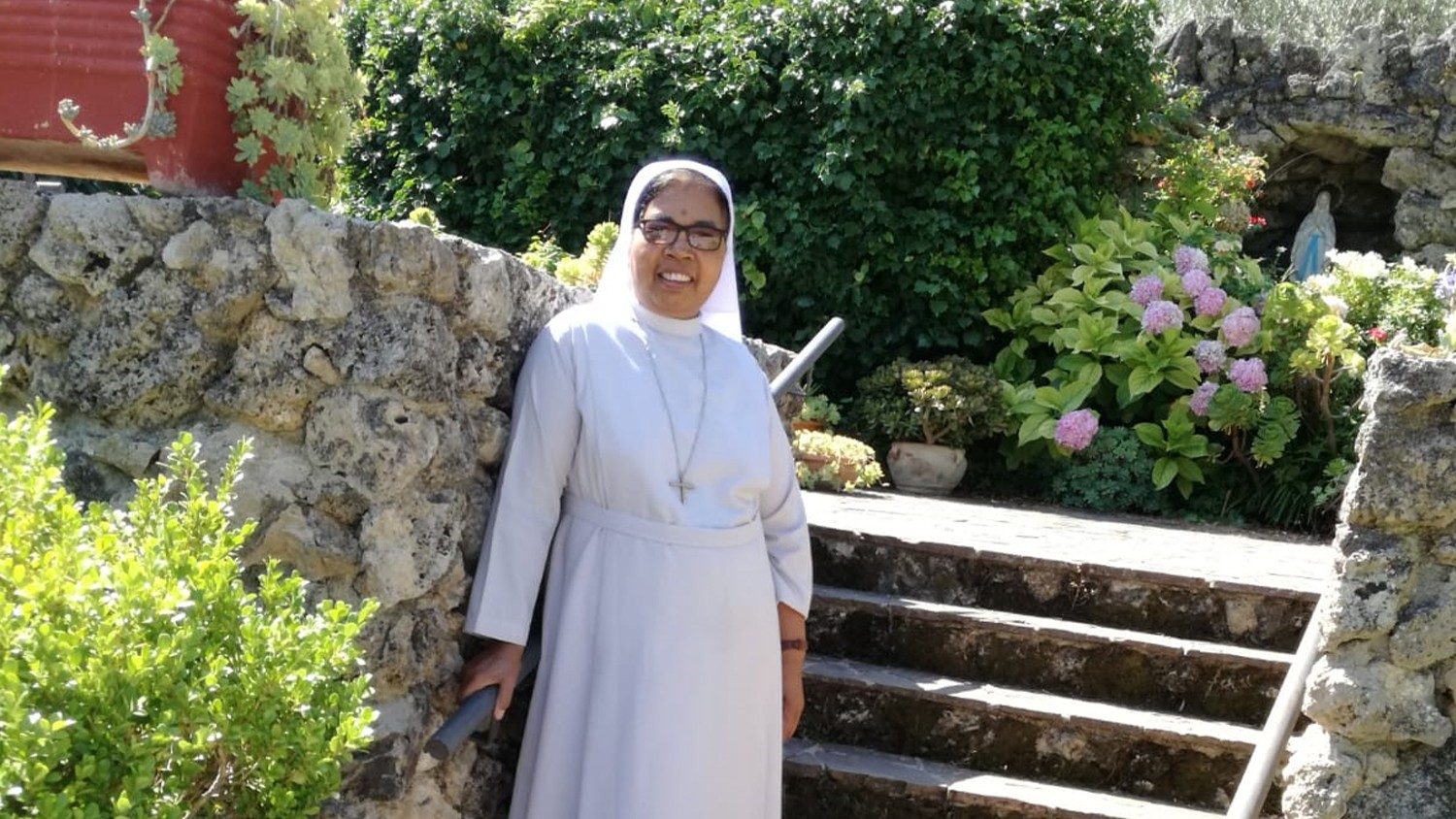 As Sr. Veera Bara walks the streets of a small town on the Italian island of Sicily, she shares God’s love with the many migrants she meets in their difficult circumstances.

In August 2019 I spent two weeks with Sr. Veera Bara in Caltanissetta, Sicily. Walking through the streets, migrants willingly raised their voices from afar, shouting “Mamma” as they greeted us.

Sr. Veera Bara began working with refugees here in 2015. A member of the Sisters of Mercy of the Holy Cross, Ingenbohl, Sr. Veera taught them Italian, helping them obtain necessary documents and medical care in case of bad health. health. These migrants did not know his real name. For them, she was “Mamma”.

When I asked her how she finds the courage to do this difficult task, Sr. Veera replied: “The motto of our founder, Father Theodosius Florentini, “The need of time is the will of God”, helps me to overcoming religious and cultural barriers. It gives me the courage to move forward in helping others.” Blessed Mother Maria Theresia Scherer, the co-foundress, used to say: “Everything is possible with God and for God”.

Sr. Veera was born on July 13, 1957 at Neematoli, Farsabahar in the Chhattisgarh district of India. Six months later, his father died. She has two older brothers and a sister. Her family prayed evening prayers at home and Veera participated in sodality for the children. On occasion, she led the prayers and songs of the village. The seeds of religious life sown, she joined the Sisters of the Holy Cross in 1978 after attending one of their schools, making her first vow on December 8, 1982.

Sr. Veera accepted an invitation to work as a missionary in Uganda. She left for her new mission in October 1993, accompanied by three other sisters. It was a challenge to adapt to the new environment, language, culture and people. “It taught me to be more patient, more courageous, more mission-oriented,” she said. The acceptance, support and love received from her sisters, the local population and her superiors helped her fulfill various roles of pastoral and social worker, vocation promoter, formator, superior and as a counselor during her 22 years there.

In 2015, Sr. Veera received another call to go to Sicily to live in an international inter-congregational community. This community was created at the request of Pope Francis who had heard the cry of migrants on Lampedusa in 2013. Pope Francis expressed his desire for nuns to work among migrants at the International Union of Superiors General (UISG).

On the occasion of the 50e anniversary of the foundation of the UISG in 2015, the superiors general decided to open 2 centers in Sicily to help refugees. Religious from various congregations were invited to form a community and work together in it. 10 sisters were selected, from 9 countries, and from 8 different institutes.

Sr. Veera, along with the other 9 sisters, arrived in Rome in September 2015 and received basic instruction in Italian. On December 2, after the general audience, the group received the blessing of Pope Francis to begin their new mission in Sicily.

Once again everything was new – where, how to start, unknown challenges… Motivated by the charism and the motto of her congregation, she took one courageous step after another. At one point, she was asked to accompany 20 Nigerian women staying at a local nunnery. Her experience with them taught her a lot about trafficking. These physically, mentally and spiritually broken young women needed someone who could listen to them, understand them and love them as they were.

In October 2016 she moved to Caltanissetta. There she was shocked to find around 170 Muslim refugees living in the open in grass tents, with no water, food, medicine, minimal clothing and little hygiene. Their cry for basic necessities made him forget his own small difficulties.

The presence of the sisters helped remind the migrants that God (whom they call Allah) was with them, and the wellspring of hope began to blossom in their broken hearts. Their trust, respect, concern and love freed Sr. Veera from her fear of meeting them. They met migrants in the streets, in refugee camps, in hospitals, in families, in churches.

In April 2017, she took the next step and started teaching Italian to migrants. To his surprise, within days his class was filled with 25 to 30 boys who liked his teaching method.

Sr. Veera also became a mediator between migrants and religious leaders, doctors’ lawyers, police and school authorities in Caltanissetta. Through it all, something her late brother had told her came true: “You have left your family and you will find many homes and loving people. Wherever you go, you will find your family, your brothers and sisters. She began to feel like a member of these migrant families, sharing their poverty and their struggles.

“I am happy,” Sr. Veera told me, “when migrant families consider me as a member of their family and share their joys and sorrows. Pakistani and African migrant children, young men, women, all call ‘Mamma'”.

After 5 years of service among migrants in Sicily, Sr. Veera returned to Uganda, where she continues her mission.

Ocean Viking: Brussels demands the “immediate disembarkation” of the…