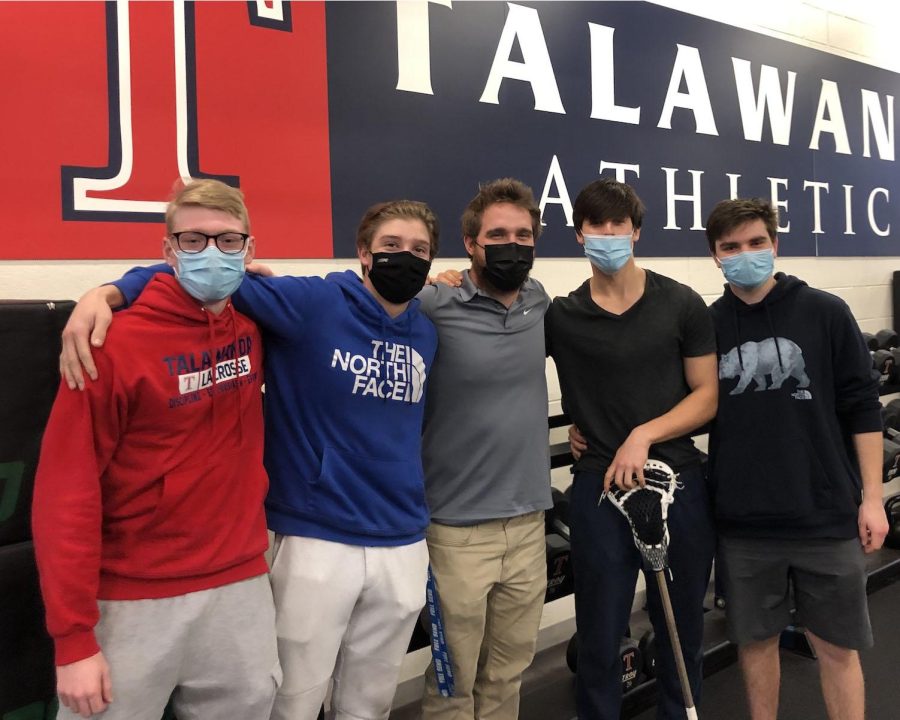 The Talawanda Brave lacrosse team officially kicks off the season on March 28, with its first home game against rival Edgewood High School.

“As a team, it was a really good season last year,” said Gunnar Von Bergen, a senior attacking player with the team.

Von Bergen has been playing for Talawanda since his junior year. He said the team should strive to have fewer drop balls leading to turnovers, move the ball faster and be more open on the pitch. Along with Von Bergen, the team has quite a few returning players this year with the addition of a few new players as well.

Sawyer Johnson will be the head coach for the first time, along with assistant coaches Tommy Winkler and Jack Tincher. Winkler will be the attacking and offensive coach while Tincher will handle face-offs and midfield. The entire coaching staff is made up of Talawanda alumni and the two assistant coaches played for the lacrosse team.

“I want us to be competitive, hoping to have a winning record. I want everyone to leave this program better than when they came in…and then I want to make a run in the playoffs,” Johnson said, commenting on the team’s goals.

Senior Jack McKinley has been playing lacrosse since college. His goal is to unite the team this spring while making a playoff run, McKinley said. “[We need to] become a team first and then we can start winning because if we have a lot of team problems we can’t win later.

In addition to lacrosse, McKinley played hockey for eight years and said the sports complement each other.

Goaltender Craig Catania is a junior this year and hopes to take on more responsibility as a top class player. He became a goalie in sixth grade, which was an easy transition from his old position as a catcher while playing baseball.

“There’s just something when you’re in a game, and you see it and you make the shot or make the save, and everyone [starts] clap, and you feel that accomplishment,” Catania said.

Sam Olenick is a sophomore, but has been playing lacrosse since he was 7 years old. “I’d like to switch to a more attacking player than a specialist defender,” Olenick said.

He said he especially liked it when the team practiced where to play on the pitch and they learned each other’s personal preferences, so they could start predicting each other’s moves. Olenick said he expects Beavercreek and Seven Hills to be the teams’ biggest challenges due to the close proximity of games last season.

As the team prepares for the new season, the players said they want to work on building squads in the coming weeks. In their free time, the team will get together to practice shooting, master their stick work, and train together in the gym. The players said they felt like this team was a family and there was a strong sense of belonging. The team hopes this year to be able to expand its fan base and see it grow even more in the years to come.

A Yankee Notebook: “Strive…and don’t give in” | Perspective