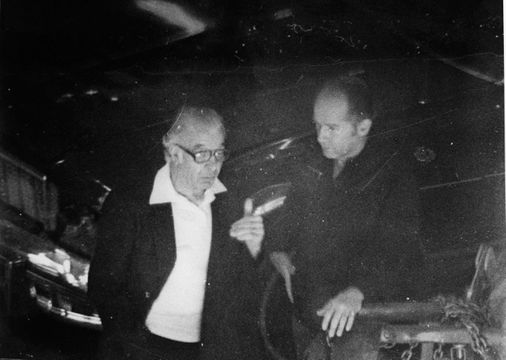 Attention armchair historians: 1950 census data is now available for your perusal, and if you don’t feel like researching your own family history, you can dig up details on several prominent organized crime families.

On Friday, the National Archives and Records Administration launched a website with a wealth of searchable records available for free at 1950census.archives.gov. Handwritten census records include each person’s name, address, age, birthplace, occupation and other personal details.

Relatives of many well-known local crime figures appear in the census, including the family of mob boss Gennaro “Jerry” Angiulo, who allegedly ran Boston’s underworld from the 1960s through the early 1980s. 1950, his parents Giovannina and Cesare Angiulo lived at 95 Prince St. in Boston’s North End, with his brothers Francesco “Frank” Angiulo, Donato “Danny” Angiulo, Michele “Mike” Angiulo, and James. Angiulo.

(It should be noted that their parents’ first names were both misspelled during the census, as was Frank’s name, which was misspelled as “Francisco.”)

In the 1940s, Giovannina and Cesare Angiulo owned a family grocery/convenience store called “Dog House” on Prince Street. In 1950, census records show that Cesare was 60, Giovannina was 56, Frank was 29, and Donato was 27.

Frank Angiulo would later serve 14 years in prison for racketeering. After returning from prison in 2000, he spent a lot of time sitting outside on the steps of 95 Prince St., according to reports from The Globe.

Frank, the last surviving Angiulo brother, died of heart failure in 2015 at the age of 94.

New England mob boss Raymond Patriarca has long been associated with organized crime, and Coin-O-Matic’s former office at 168 Atwells Ave. in Providence served as headquarters for many years.

As of the 1950 census, Patriarca was living at 165 Lancaster Street in Providence with his wife and son. He was 42 at the time and his profession was “real estate agent“.

Patriarca’s predecessor, Phil Bruccola, was born in Sicily and served as Boston mob boss from 1932 to the 1950s. He worked in boxing and had an office at 57 Canal St., near Boston Garden. According to the census, he was listed as living at 512 Beacon St. with his wife, Rose, in 1950.

His profession was listed as promoter of boxing matches. Bruccola then moved to Italy and retired.

James “Whitey” Bulger’s family also appears in 1950 census records. most wanted by the FBI. He was eventually arrested in Santa Monica, California in 2011 and later sentenced to life in prison for participating in 11 murders. Bulger finally met a violent end himself, when he was beaten to death in a West Virginia prison in 2018.

In 1950, his parents and siblings lived at 41 Logan Way in the Old Harbor Village public housing project in South Boston.

It is not registered at their address; Bulger was actually serving in the Air Force at the time.

According to the 1950 census, Bulger’s father was on the list of “keepers” of the “town wharfs and piers” and his mother worked as a liquor inspector for a distillery. His brother, William, who was 16 at the time, would go on to pursue a distinguished political career as president of the Massachusetts Senate.

All in the Sauce: How Sicilian Nonna’s Family Recipe Helped Two Halifax Brothers Start a Business

These are the biggest travel trends, according to our experts