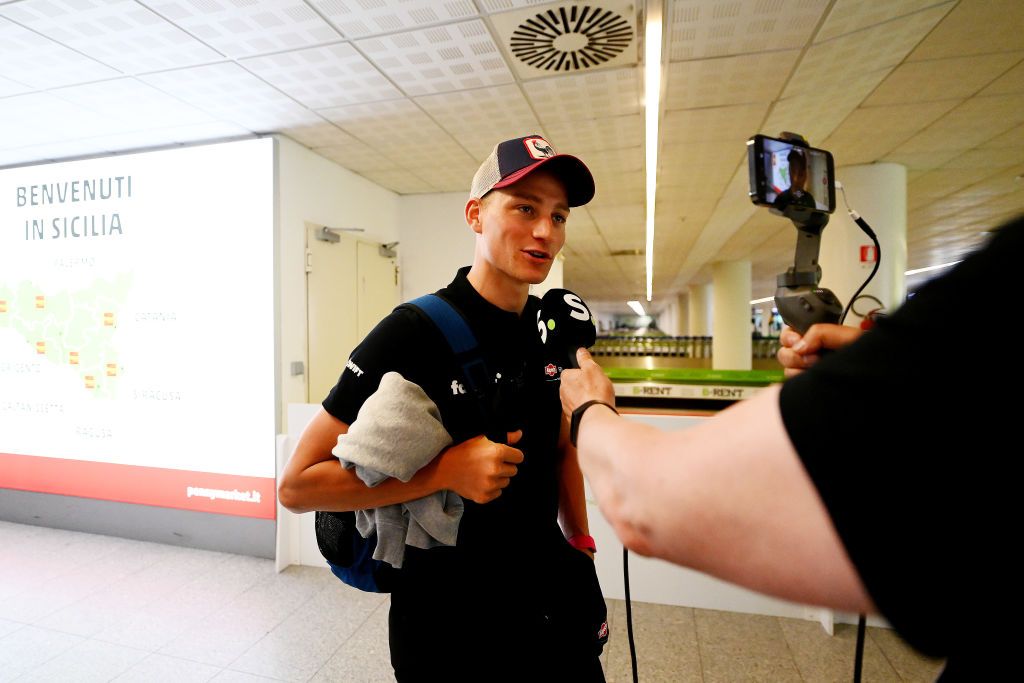 The Giro d’Italia arrives in Sicily after a rest day

Giro d’Italia riders, teams, race staff and media were safely transferred from Hungary to Sicily on Monday after the Grande Partenza and three days of racing in Eastern Europe. The riders have little chance to rest and recover, with the first rest day in Sicily also the prelude to the first mountain stage atop Mount Etna on Tuesday.

The race will progress from the flat stages and short time trial of Hungary to a 170km hilly trek through the rugged Sicilian countryside, then the 22.8km climb to the finish at Rifugio Sapienza at 1892m . The battle for overall victory will begin in earnest, with 18 stages to go before the final time trial in Verona on May 29.

A number of runners pointed out on social media that Monday was much more a transfer day than a rest day.

Indeed, most runners had a 6:30 or 7:30 a.m. wake-up call, a quick breakfast and then a two-and-a-half-hour flight from the small Sarmellek airport at the end of Lake Balaton to Catania airport in Sicily, with the wide slopes of Etna in sight as they disembarked.

La Grande Partenza forced the teams to make major logistical decisions, with most opting for different team buses and mechanics’ trucks in Hungary and Italy. The racing bikes traveled with the riders on the charter flight, but a whole new fleet of vehicles and equipment awaited them in Sicily. Time trial bikes and other time trial equipment will return to the race for the final time trial around Verona.

Stage 4 begins in Avola, an hour south of Catania, with some teams staying in the town for two nights, while others were close to the start for just one night.

Immediately after landing in Catania, the second team buses picked up the riders and staff and took them to their hotels. As soon as the mechanics mounted the bikes, the riders set off for a practice ride, trying to avoid rain showers rolling through eastern Sicily and engulfing the summit of Mount Etna in low cloud. .

While the sprinters and domestics opted for a leisurely pirouette or not even that, a number of overall contenders and their teammates opted for more serious riding, riding the latter part of Stage 4 to study the road and the slopes of the 22.8 km climb to the finish on Etna.

The rest of the day included an afternoon massage, a siesta and then a land dinner before racing resumed at 12:25 local time in Avola.

The Alpecin-Fenix ​​leader won Stage 1 on Friday then defended the maglia rosa in Saturday’s time trial in Budapest and Sunday’s sprint stage on the shores of Lake Balaton.

“We were up at half past seven, but it was okay. It will be nice to also make a trip to Italy with the pink jersey,” Van der Poel said.

Van der Poel expects to lose the pink jersey on the long ascent of Etna, but will finally have the chance to eat Italian pasta in Sicily.

A video posted on social media caught him committing a crime against Italian cuisine by adding ketchup to plain pasta.

“It was in Belgium before a cyclo-cross race,” Van der Poel admitted over the weekend, insisting he would make amends in Italy.

“When I’m lucky enough to have tomato sauce, I choose it over ketchup,” Van der Poel promised.