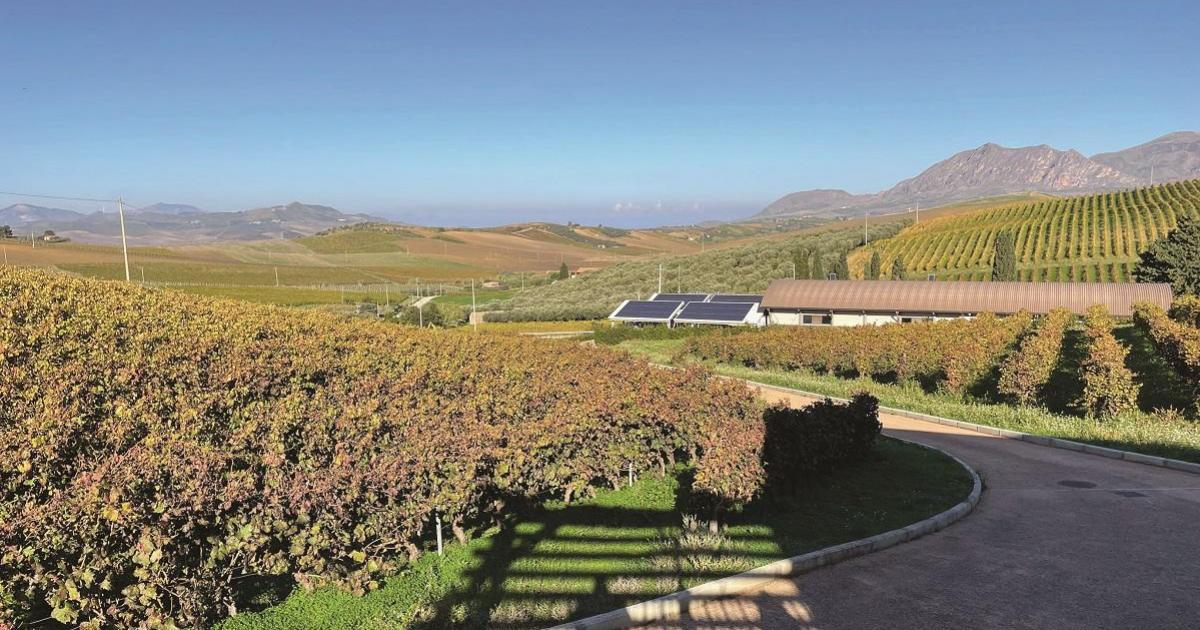 There is a vineyard on the gentle slopes of the Corleone hills outside Palermo which produces fine organic wines to wash away the taste of blood in the soil from which the vines are grown.

These wines are known as Cento Passi, 100 steps, the short distance between greed, anger and other deadly sins and doing things in the light of the law and with a sense of community.

These acres were once owned by mafiosi who acquired the land, sometimes directly, sometimes using front men, with the money they made from their illegal monopolies and racketeering. The specific former owners will remain anonymous as the bloody brutality of their actions is a story that has been told to a point of morbid fascination as if they were barely real but fantastic fictional monsters.

The story to be told instead is that the wondrous hills of Corleone, the nearest place my ill-traveled eyes have seen what I think paradise must be like, produce wines, honey and grain worthy of the gods. And the best products can be made without resorting to cheating, threats and corruption.

Centopassi is a tribute. It refers to the apocryphal distance between the house in Cinisi, near Palermo, of a Peppino Impastato, a 30-year-old anti-mafia satirist, and the house where his relative and local mafia boss lived.

Apocryphal because this distance was the setting for the poetic film I cento passi (2000) by Marco Tullio Gioradana, which tells how Peppino denounced the local mafia by making fun of him on the local radio, shattering the aura of importance that the boss secured himself through coercion and intimidation.

The power of a mobster is put to the test if he is no longer feared. ‘Respected’ is how they would say it.

Peppino mocked the boss until the boss had enough and had Peppino killed.

On the hills of nearby Corleone, fierce activists passionate about justice honor the memory of mob victims, cultivating land that once belonged to the mafiosi and running a non-profit business.

The model exploits the widespread idea in Italy since 1996 of confiscating buildings and land suspected of being in the possession of mafiosi due to the proceeds of their crimes. Italy does not wait for convictions to requisition property. Nor is he waiting for sufficient evidence to prove the connection between the mafiosi and the straw men who, on paper, own the properties.

As the Mafiosi await a final verdict and exhaust their appeal rights, their properties are allocated, temporarily at first, to social enterprises, non-profit business activities giving work and pride to dispossessed people who directly or indirectly live poorer lives because of all the wealth accumulated by organized criminals. Attribution to social entrepreneurs becomes permanent when beliefs become final.

We have laws empowering the state to seize assets belonging to criminals, but these are never put to good use– Manuel Delia

The burden of proving legitimate ownership rests with the leaders, not the state, and, as is likely, they never bother to try.

Here in Malta we have laws empowering the state to seize assets belonging to criminals, imposed by EU standards, but they are never put to good use. Some dispute the competence of the Maltese authorities in what is euphemistically called asset recovery, where almost nothing is ever recovered. It is not a question of skill but of will.

Yorgen Fenech, who the state believes but has yet to prove at trial, ordered the murder of a journalist, is still in possession of his property.

Nobody in Malta moved to take away from him the Portomaso complex, the Hilton hotel, the Mrieħel towers or even his ranch and stables where he conspired with police bosses and politicians or at least the part of such assets which was funded by profit from any illegal activity. He still owns his share of a power plant and a watertight public contract tied to it, which the state thinks he bribed to acquire and murdered to keep.

How can we speak of a social reuse of mafia assets seized in a country that allows mafia, or suspects, to benefit from their assets even in prison while awaiting trial?

And then think of the excellent Calabrian and Sicilian restaurants dotting Sliema and St Julian’s that can be the front for shady operations.

Also consider the warehouses used by gambling companies that quietly shut down operations when Italy seized their money on suspicion of mafia crime.

I don’t want to present Sicily as a utopia that has solved all its problems. Decades of neglect, crumbling infrastructure, rampant corruption and the complicity of an amoral political class provide fertile ground for young mafiosi quick to find alternatives to the seized fields of Corleone.

And yet even an average Sicilian, even perhaps a white-collar criminal infiltrating the mafiosità, would be amazed to learn that in Malta we love our mafiosi so much that we let them enjoy, for the rest of their lives, in and out of prison, the fruit of their bloody labor.