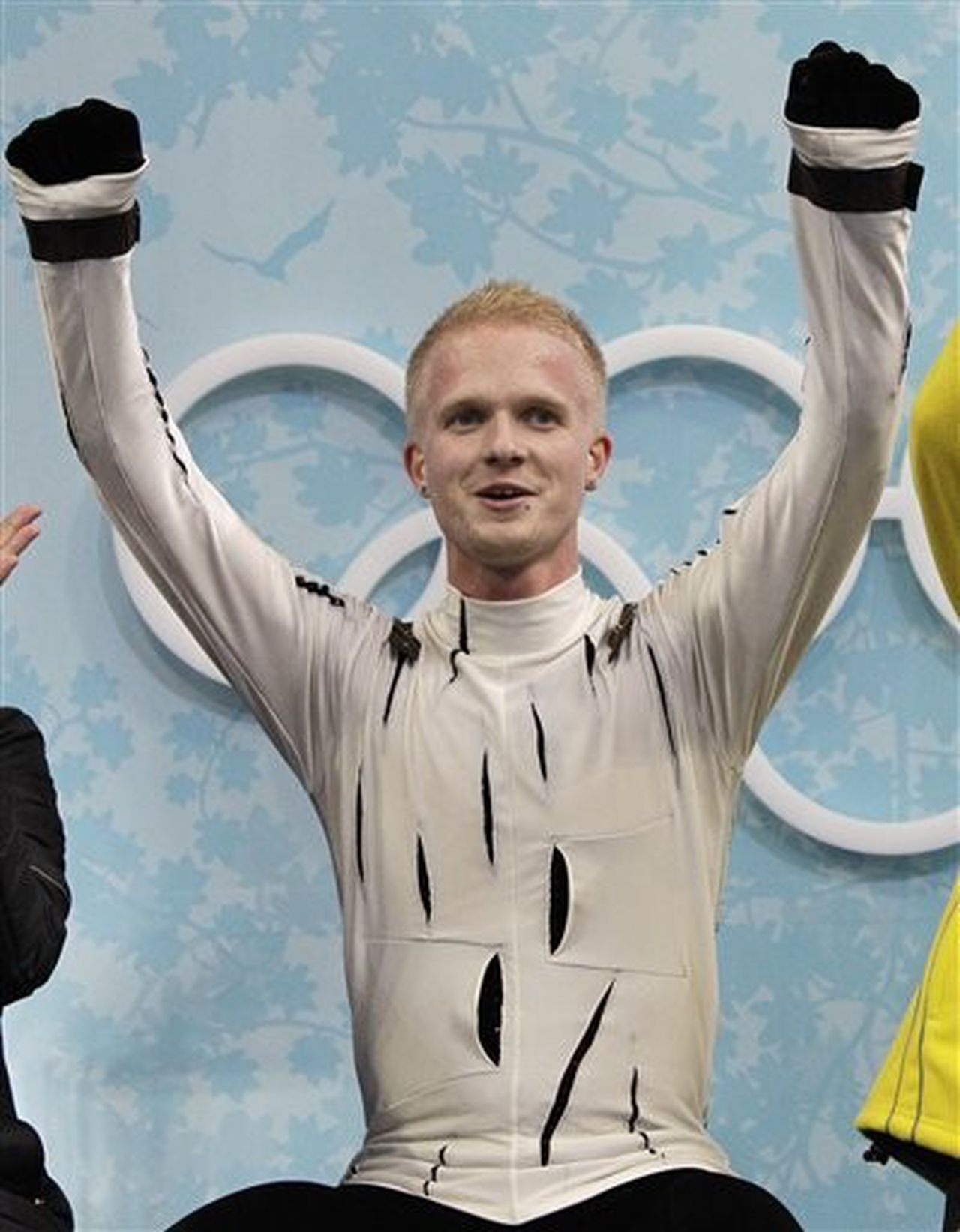 The figure skating competition in Vancouver went off without incident – until Adrian Schultheiss of Sweden took the ice in the men’s free skate on Thursday night.

Since there has been no report on this, we can only speculate what might have happened – Could it have been a knife fight? Was he attacked by a grizzly bear? Or, maybe, he had an argument with Sasquatch? Either way, we have to give Adrian credit for even stepping out of the warm-up room after what must have happened to him somewhere in Metro Vancouver earlier today.

Truly, no figure skater with medal hopes could think that the ripped faux turtleneck projects the look of a medalist. So after fighting anything or whoever slashed his shirt, Adrian gave it his all… and finished 15th.

Belgian Kevin van der Perren did nothing to improve his skeleton-themed costume in the short program (although he improved his position in the standings, finishing 17th after finishing 18th in the short program). For the free skate, he pulled out what appeared to be leaves growing on his upper body. We fear that the body-stealing invaders have reached it. Don’t fall asleep, Kevin, you’ll turn into a pod!

And while we can’t in our common sense criticize the Olympic champion or a design by Vera Wang, who came from her show at New York Fashion Week, we would like Indiana Jones to take note: with snakes in rhinestones creeping up on him, Evan Lysacek won the gold medal.

We really weren’t sure Lysacek could win the competition – and at times during his skating it seemed like he wished he could get those dangerous snakes off his neck.

But snakes characterized Evan’s smooth, graceful movement, and he had no reason to wonder, “Does this outfit make my asp tall?” “