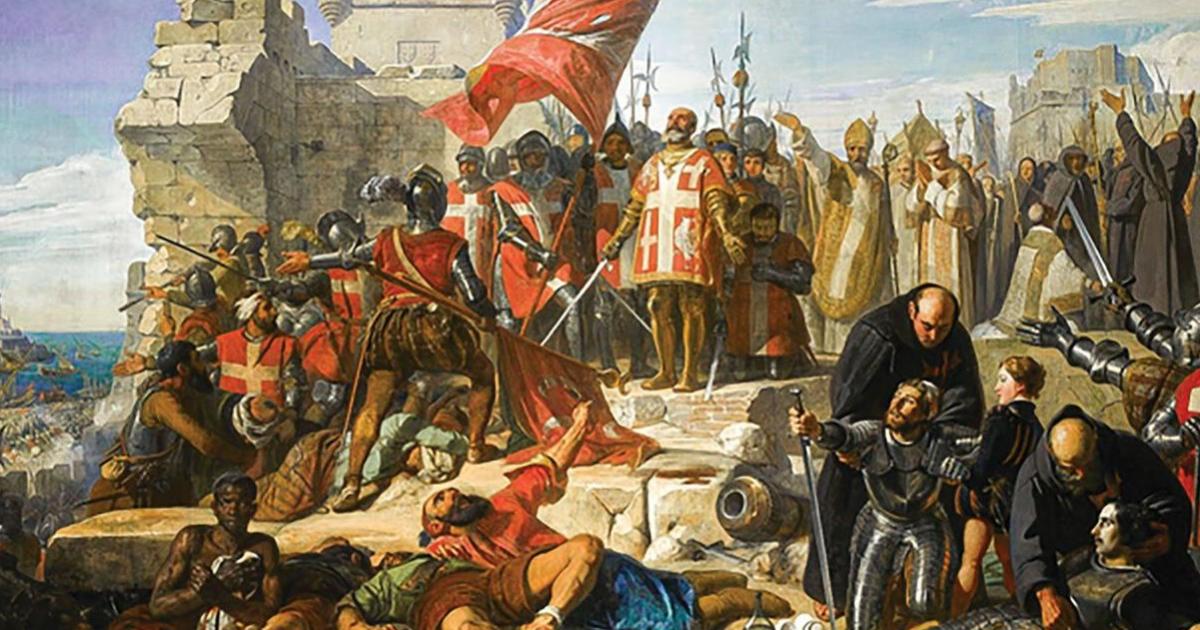 Many Maltese have the false impression that on September 8, 1565, a large Sicilian relief force arrived in Malta and the besieging Turks immediately fled the Maltese islands. This is an error. In fact, although we rightly celebrate September 8 as Victory Day, and the Turks technically lifted the siege on that day, it took Muslims a few days to leave Malta, and only after another bloody battle.

By September, after the siege that sapped forces for more than three months during the hot summer months, Christians and Muslims were exhausted. Grand Master Jean de Valette had expected a relief force to be sent long before September—July 25 was on his mind—but it seemed nowhere in sight. On the other hand, the morale of the Muslim army was very low: they had fought continuously for more than three months and had only the capture of Fort Saint-Elme to show for their efforts.

In fact, in Sicily, preparations to send a relief force to Malta continued at least throughout August and, after a council of war was held on August 24, the embarkation of about 8,500 men started the next day. Bad weather upset their plans and necessitated a return to Sicily to refit. 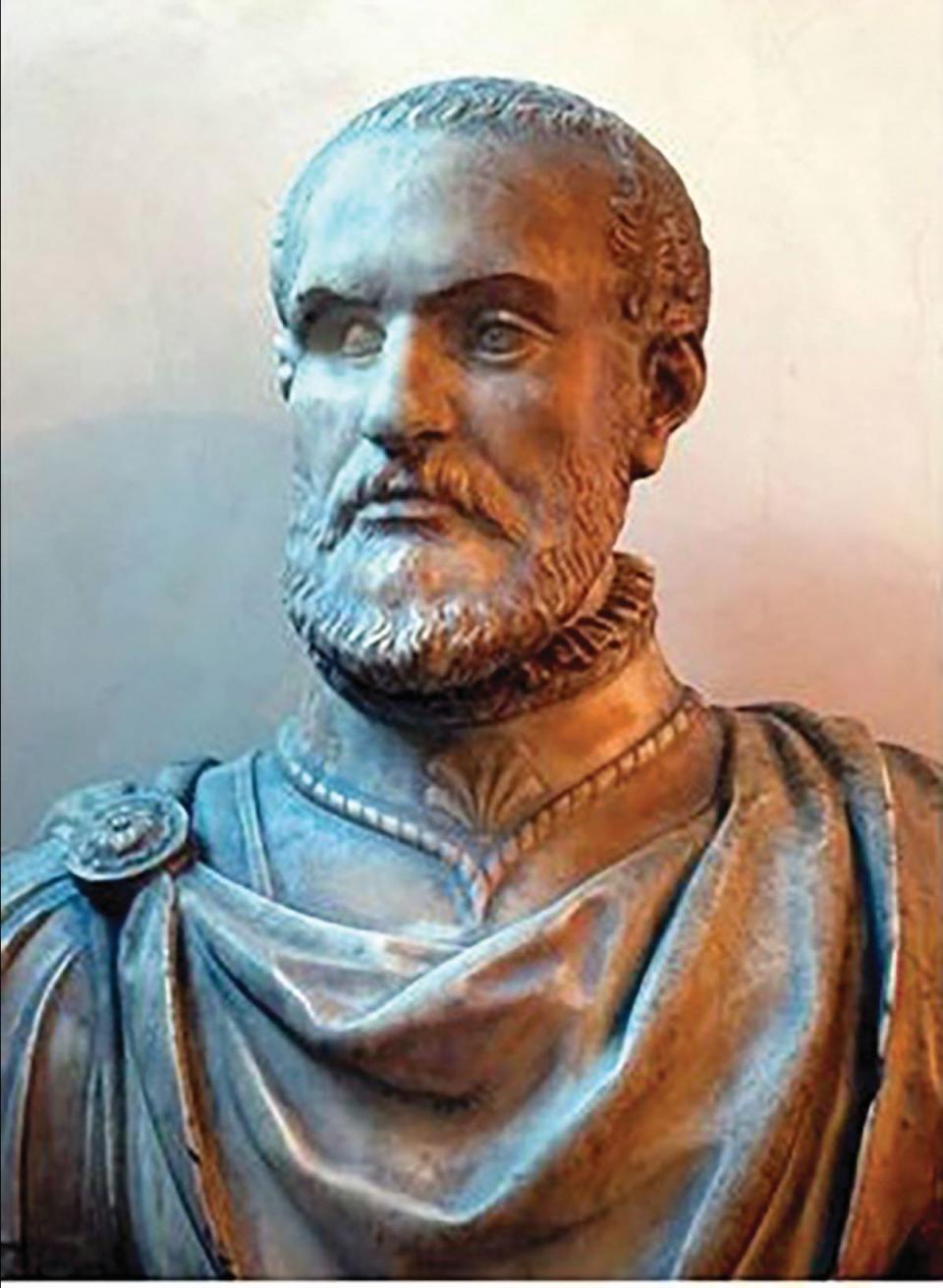 A new start was made on Thursday, September 6, with a fleet of 58 galleys towing barges carrying the soldiers. They arrived off Gozo in the evening and took shelter from rough seas in the channel between Gozo and Comino. The next day, the troops and their supplies landed in less than an hour and a half at Ċirkewwa, Marfa and Armier. They may have been forced to use these landing places instead of the more comfortable bays of Ġnejna and Għajn Tuffieħa due to unfavorable currents and/or changes in wind direction.

The relief force—composed mainly of Spaniards and Italians as well as contingents from the Duchy of Florence, the Republic of Genoa, the Papal States, and the Duchy of Savoy—was led by the experienced Spaniard Don Alvaro de Sante ( (1489-1573) assisted by the condottiere Ascanio della Corgna (1516-71), Pompeo Colonna, Paolo Sforza and Chiappino Vitelli (1519-75). 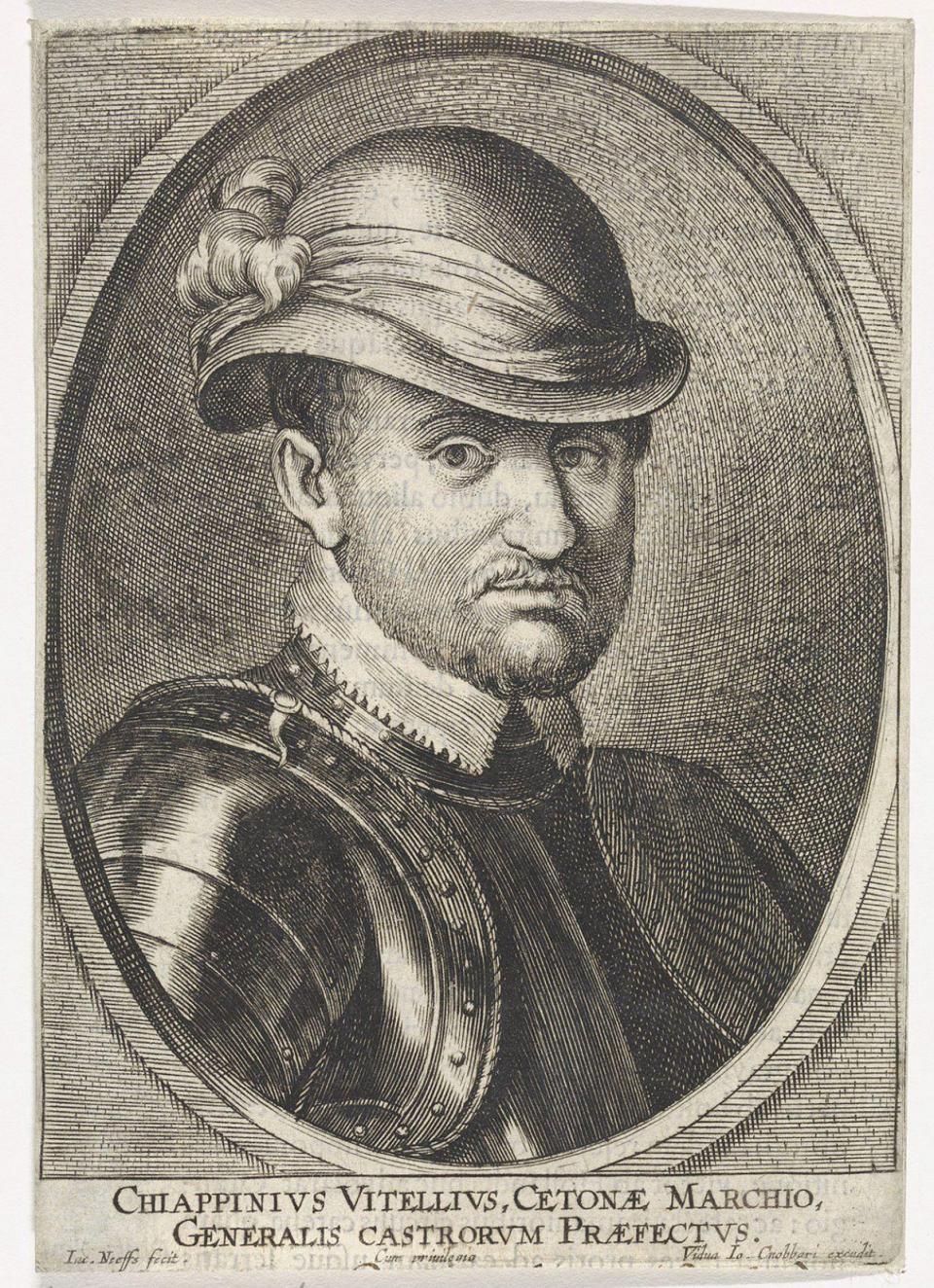 Chiappino Vitelli (1519-75), one of the commanders of the Gran Soccorso. Photo: En.Wikipedia.org

The Viceroy of Sicily, Don Garcia de Toledo (1514-1577), oversaw the landing, then rushed his fleet to Sicily to return with more troops and ensure his fleet remained intact in accordance with King Philip’s orders II of Spain. In fact, he had been lucky because, until only two hours before, a force of 60 Muslim galleys under El Louk Ali was anchored in St. Paul’s Bay. They departed when their crews were ordered back to base to participate in a projected final assault. The way was clear for the relief force to proceed to Mdina. Had the Muslims remained in St. Paul’s Bay or patrolled the Malta-Gozo Canal, Don Garzia would have been forced to flee or fight an unwanted battle. 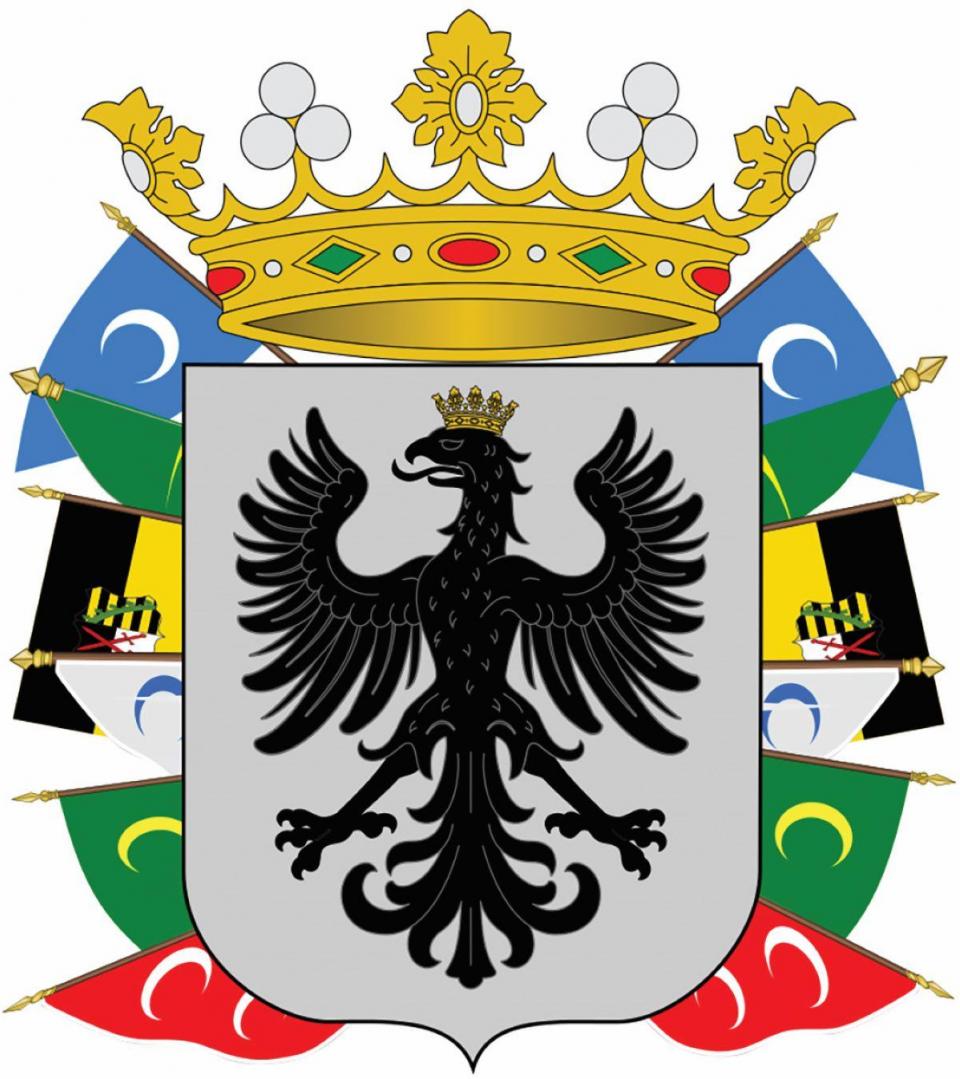 Until the end of August, Mustapha Pasha was still desperately trying to break through the Christian defences, aided by inclement rainy weather. It should be borne in mind that in 1565 the old Julian calendar was still in use and it was not until 1582 that the reformed Gregorian calendar (in use today) came into effect. Therefore, although we call September 8 Victory Day, it would have been September 18 if the Gregorian calendar had already been used. Military commanders could not ignore the limitations imposed by the seasons and Mustapha should have ensured that, even if he lost the campaign, he would not lose the fleet when the first storms were expected.

After landing the relief force, on September 7, Don Garcia de Toledo led his fleet back to Sicily to return with more troops but not before sailing within sight of Grand Harbor to fire a three-gun salute, indicating that the expected help had arrived. When the Turks saw this, the order was sent for all the galleys to return to port to land their men, who were instructed to land in order to withdraw their artillery and dismantle their tents. On the same day, groups of Christian soldiers ventured into the apparently abandoned Muslim trenches in an attempt to capture munitions. However, 2,000 Turks returned with the same idea but had to return to their galleys at Marsamxett Harbor empty-handed. 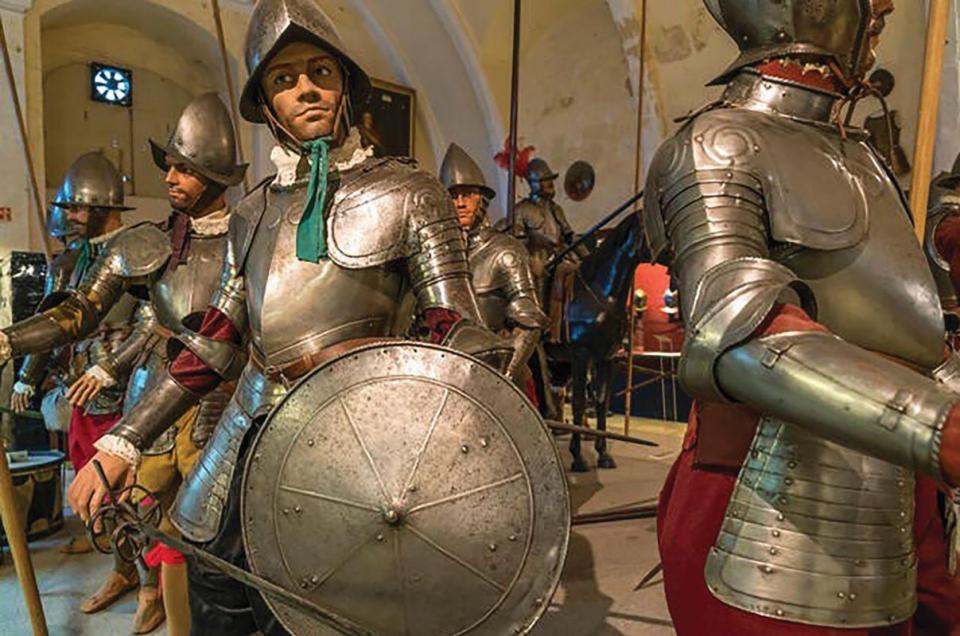 As soon as news of the arrival of the relief force was established, Mustapha withdrew the Turkish army to the heights of Mount Sceberras near the fleet anchored at the port of Marsamxett and awaited news from his scouts as to the size of newly landed vessels. Christian army. He was told that this force numbered around 8,000 men, and Mustapha realized that his only hope of salvaging the situation was to fight the enemy in the open, use his slight numerical superiority and, simultaneously, save time to complete the boarding of his seat equipment. and supplies. Mustapha wanted to leave Malta with a victory under his belt so he led his army north, looting and burning along the way. 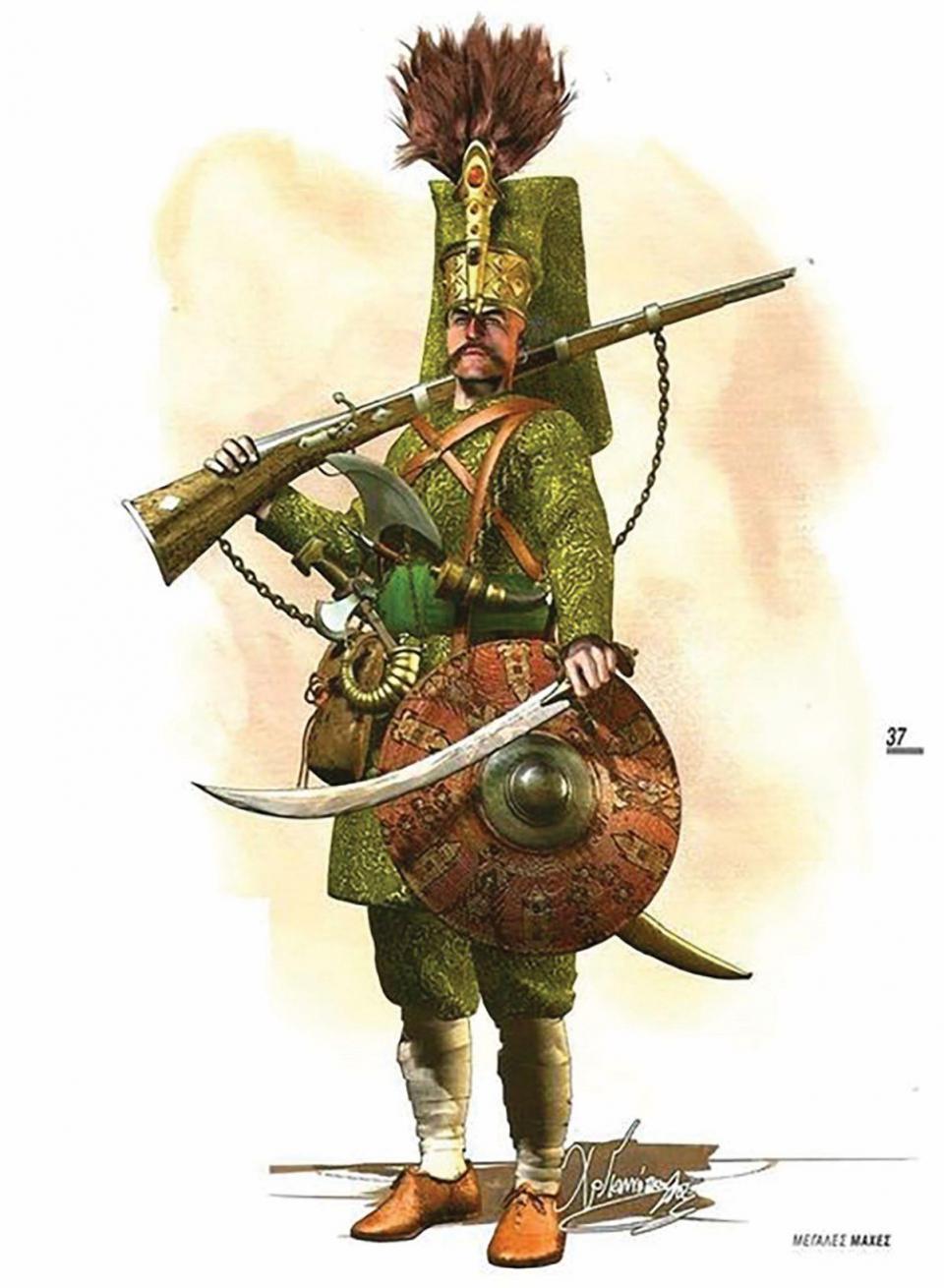 These developments were followed with attention by Don Alvaro de Sande, who was also warned of the Turkish movements by messages sent by the Grand Master. The Christians aimed to hold the high ground, which would be an advantage, but the Turks had the same idea. However, a Christian attack led by Chiappino Vitelli on the Turkish vanguard was successful and the Spanish troops managed to drive the Turks out in a fiery engagement.

The disorder of the Turkish vanguard prompted many Christians to break ranks and attack the enemy. De Sande decided to let the men do it. It is difficult to determine exactly where this engagement took place but, from almost contemporary paintings by Perez d’Aleccio at the presidential palace, it can be inferred that the battle took place in the plains around Buqana, Beżbiżija and Mosta. 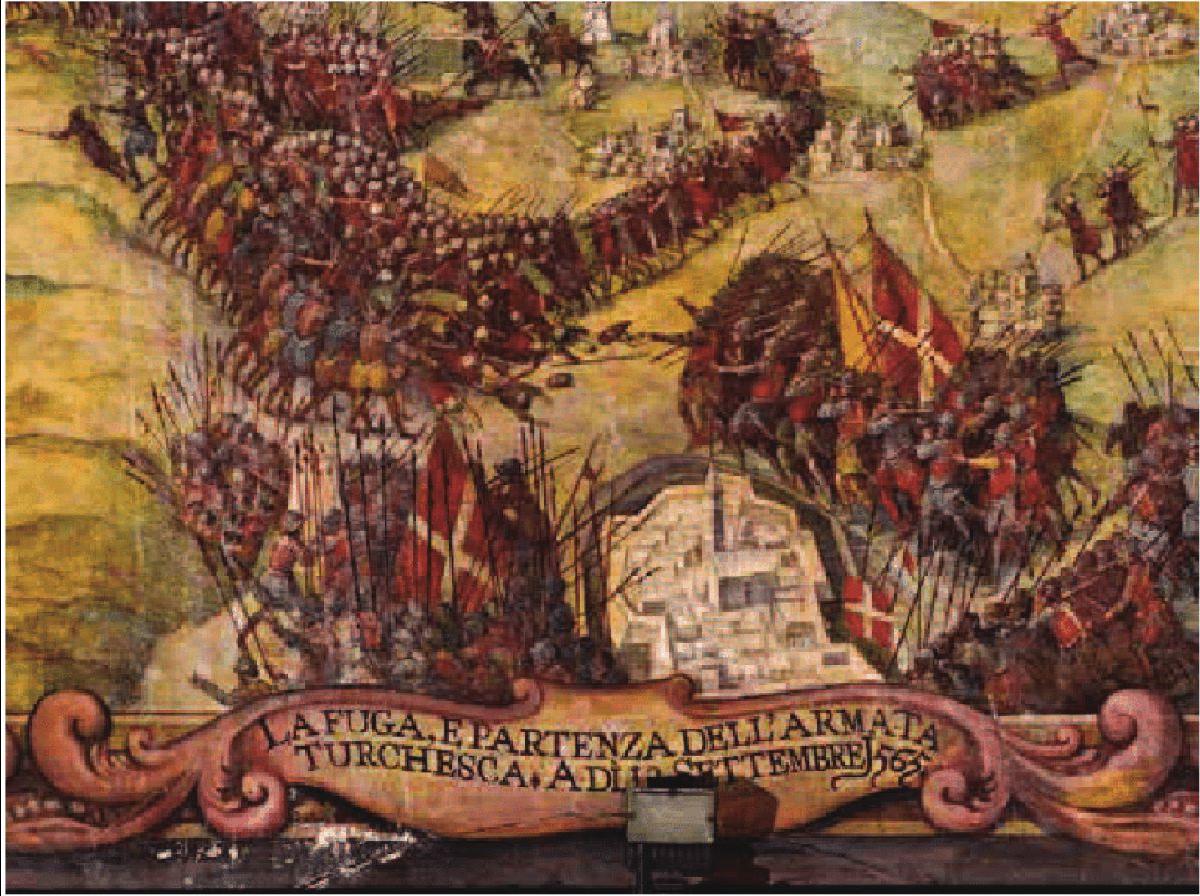 The retreat of the Turkish army. Detail of a fresco by Mattia Perez d’Aleccio at the Palace, Valletta. Photo: Daniel Cilia. Courtesy of Heritage Malta

The Turks, discouraged and exhausted, were no match for the fresh and eager Christian troops and fell back to begin a fighting retreat towards Burmarrad to reach the waiting Muslim ships at St Paul’s Bay. The fight had now become a rout and it was only through the efforts of Mustapha himself, aided by a number of Janissaries, that some sort of order was maintained. Even so, a large number of Turks lost their lives in this battle, with the death toll possibly as high as 3,000 men, although this figure seems greatly exaggerated. 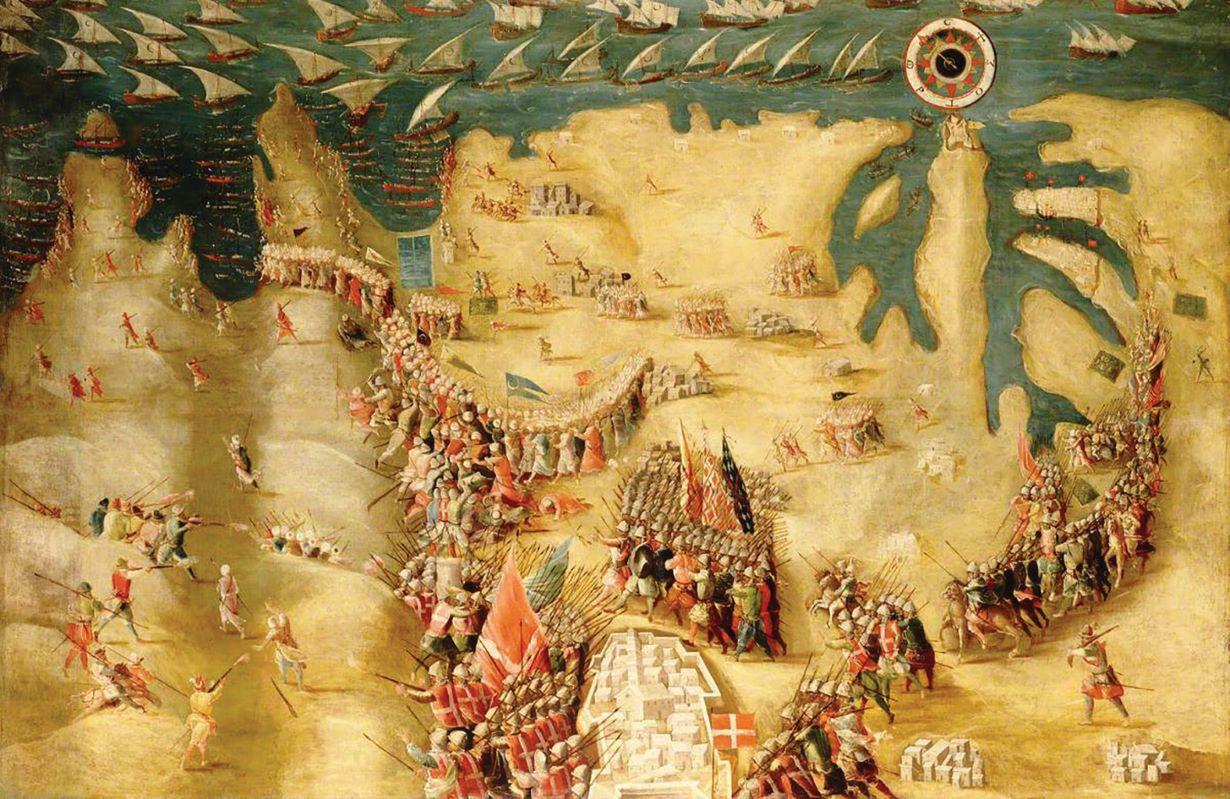 The Siege of Malta, Flight of the Turks, 13 September 1565, by Mattia Perez d’Aleccio at the Royal Museums, Greenwich, UK. Photo: Wikiwand.com

The Turkish fleet held out until nightfall and, after drawing water from a nearby spring, departed on the night of 11–12 September. On their way, the Turkish fleet was sighted by the Sicilian fleet returning to Malta with around 4,000 soldiers on board, led by Don Garcia de Toledo, who however chose to return to Syracuse since these troops were no longer needed in Malta. 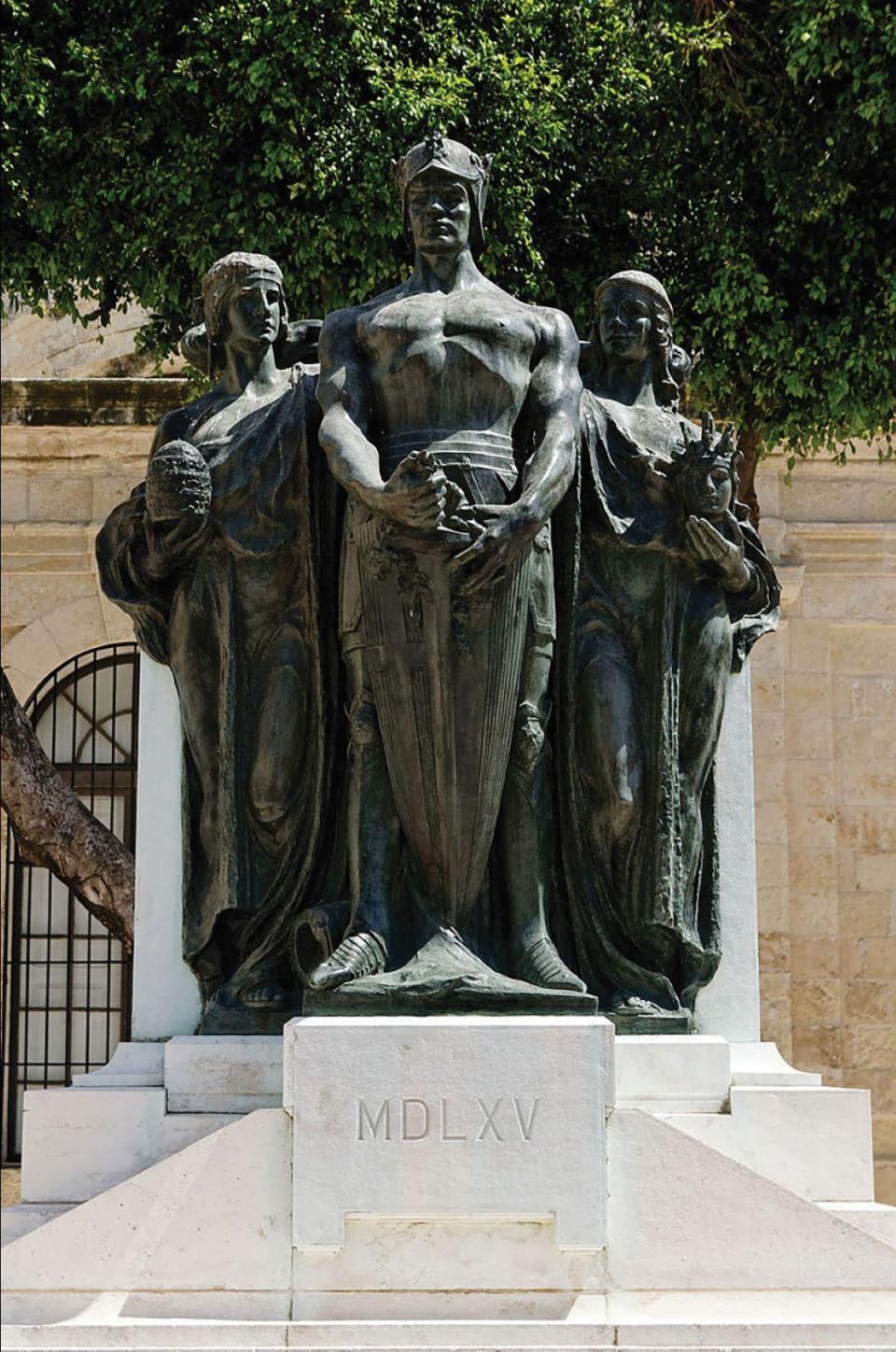 Viceroy Don Garcia of Toledo has been criticized for being late and failing to rescue the Maltese Islands sooner. However, you have to put yourself in the difficult position of the viceroy. The military and naval assets at his disposal were limited, which meant that he had to muster his forces and play a waiting game to ensure they were deployed at exactly the right time, otherwise Sicily would have been left open to the attacks without defenses.

In reality, he had let his own son fight in Malta as a sort of personal surety, and even for purely personal reasons he could not abandon the island to its fate. Unfortunately, his son was one of the heroic defenders who were killed during the siege. 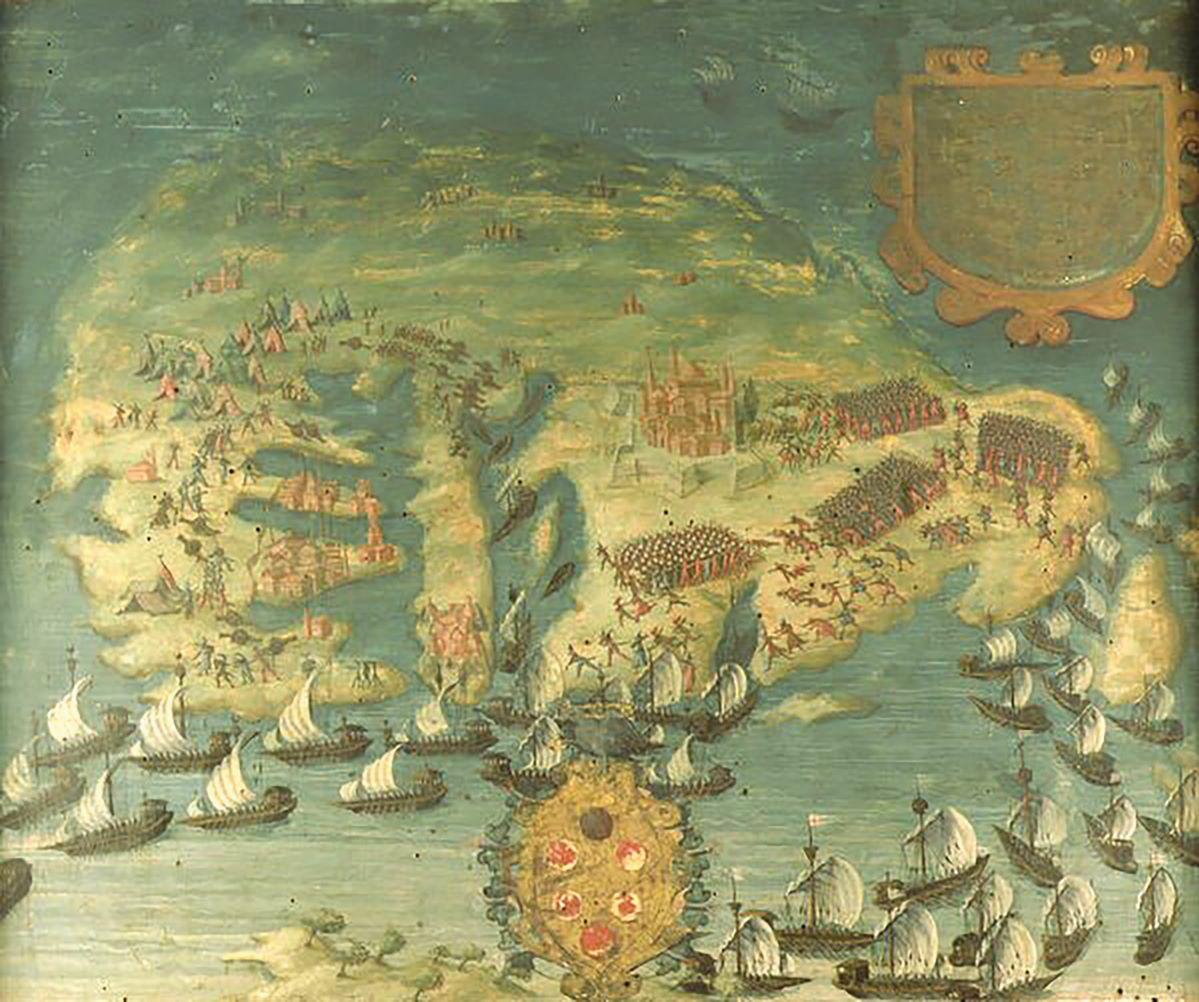 The viceroy was also under pressure from King Philip II of Spain who did not want to risk losing his newly assembled fleet after the Spanish naval disasters of previous years. Hindsight has shown that the viceroy played his cards well and at the right time.