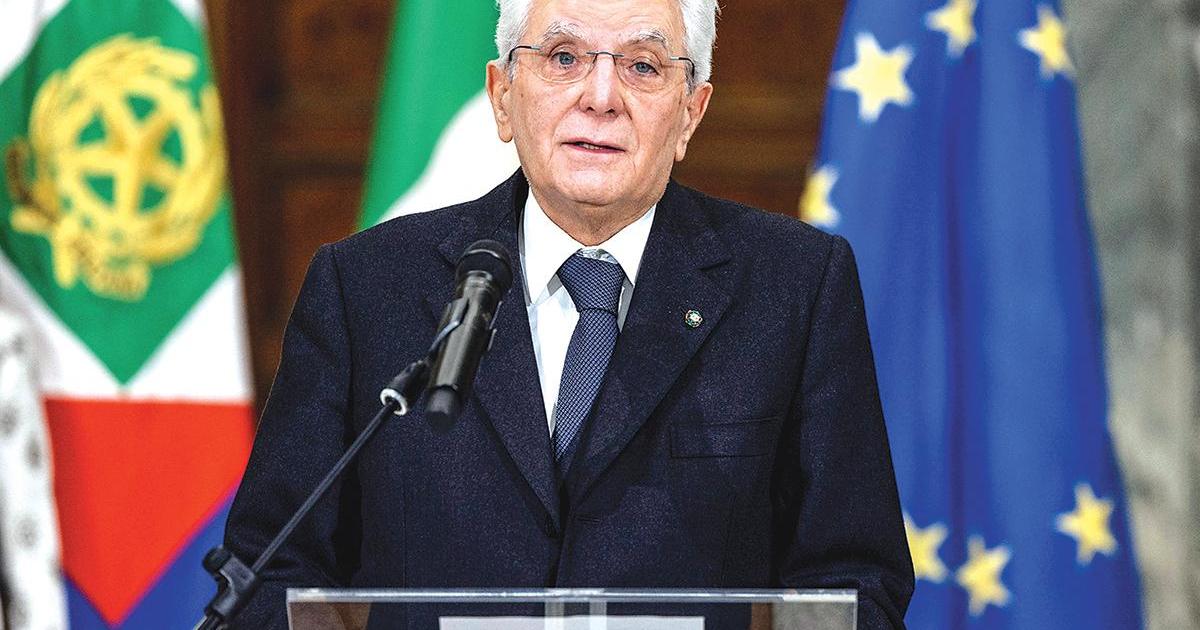 It is not often that people in positions of authority voluntarily relinquish their position. More often than not, they have to be dragged, kicked and shouted, from the coveted corridors of power. It is even rarer to have to persuade people in positions of power to stay a little longer. No matter how token or insignificant, power is not easily given up.

Usually, those who are hesitant to take on such positions are the ones who somehow deserve it the most. Italian President Sergio Mattarella is the most appropriate embodiment of this.

Elected President of Italy in 2015, Mattarella is a widely respected personality. He rose to prominence in the early 1980s when he was elected to the Christian Democrat list and given the arduous task of cleaning the party’s Sicilian faction of Mafia influence. It was not an easy task. His brother, Piersanti Mattarella, was murdered by the mafia in 1980 when he was president of the regional government of Sicily.

Elected to the Chamber of Deputies in the following elections, Sergio Mattarella served in various cabinets and held prestigious ministerial portfolios before being elected to the Constitutional Court in 2011.

As president, he is a widely respected figure who is seen as a safe pair of hands to lead Italy in these times of crisis. Although largely ceremonial, Italy’s president can dissolve parliament, choose prime ministers and assess the viability of coalitions. This gave the role added value in times of crisis, especially as Italian politics became more fragmented.

The 80-year-old president has been candid about his intention to leave the Quirinal once his seven-year term ends. In recent weeks, he has even been seen house hunting in Rome. His assistant even ventured to post a photo on social media with several boxes ready to pack Mattarella’s things. The signals from his office were direct and unambiguous.

Nonetheless, when voting for a new president among the 1,009 Electoral College members began, it became clear that no clear winner would emerge. Mattarella became the most popular candidate on the third ballot. Eventually, he became the compromise candidate. Prime Minister Mario Draghi and other political representatives urged him to reconsider his departure from the Quirinal.

His second term was officially confirmed on the eighth ballot when he received 759 votes.

President Mattarella could decide to spend the next seven years at the Quirinal. Alternatively, he may choose to step down after the 2023 election. It’s no secret that Draghi had his sights set on the role.

These recent developments reveal some interesting insights into Italian politics.

First, Mattarella is respected by both the centre-right and the centre-left. Antonio Tajani, from Forza Italia, hailed his tenure. Meanwhile, Enrico Letta of the Democratic Party described his decision to stay as a sign of his generosity to the country. In some ways, this demonstrated that the notion of public service remains alive and well. In the aftermath of the vote, Mattarella added that he believed “duty to the nation must prevail over personal choices”.

Second, there seems to be support for the “status quo”. Although Draghi sought the role himself, he failed to generate enthusiasm from different parties as they were reluctant to replace him as prime minister, fearing potential instability.

Draghi succeeded in overturning the perception of Italy as a country in permanent and inevitable decline. He is also widely respected internationally and is seen as the best person to lead the country in its post-COVID-19 phase. In essence, Draghi is seen as a guarantor of stability in Italy and Europe.

Third, however, this result shows that the apparent unity is only superficial. Mattarella’s election does not hide the deep divisions in Italian politics. Neither party could find a new person who could inspire the respect and support of the various parties. This result revealed various fractures that characterize the Italian political scene.

It is now apparent that Draghi will need to provide cross-party support for his unity government. The presidential election has shown how deep the cracks are.

During the next legislative elections, it will be interesting to follow the evolution of the right of the political spectrum. While the right is gaining momentum, it is clear that it remains deeply divided. Matteo Salvini’s Lega, Giorgia Meloni’s Fratelli d’Italia and Silvio Berlusconi’s Forza Italia failed to identify a candidate they could all vote for.

Italian politics will become more interesting in the coming year.

Meanwhile, Italy – and Europe – should count itself lucky to have a public-spirited, old-school Christian Democrat who stepped in to do his duty.