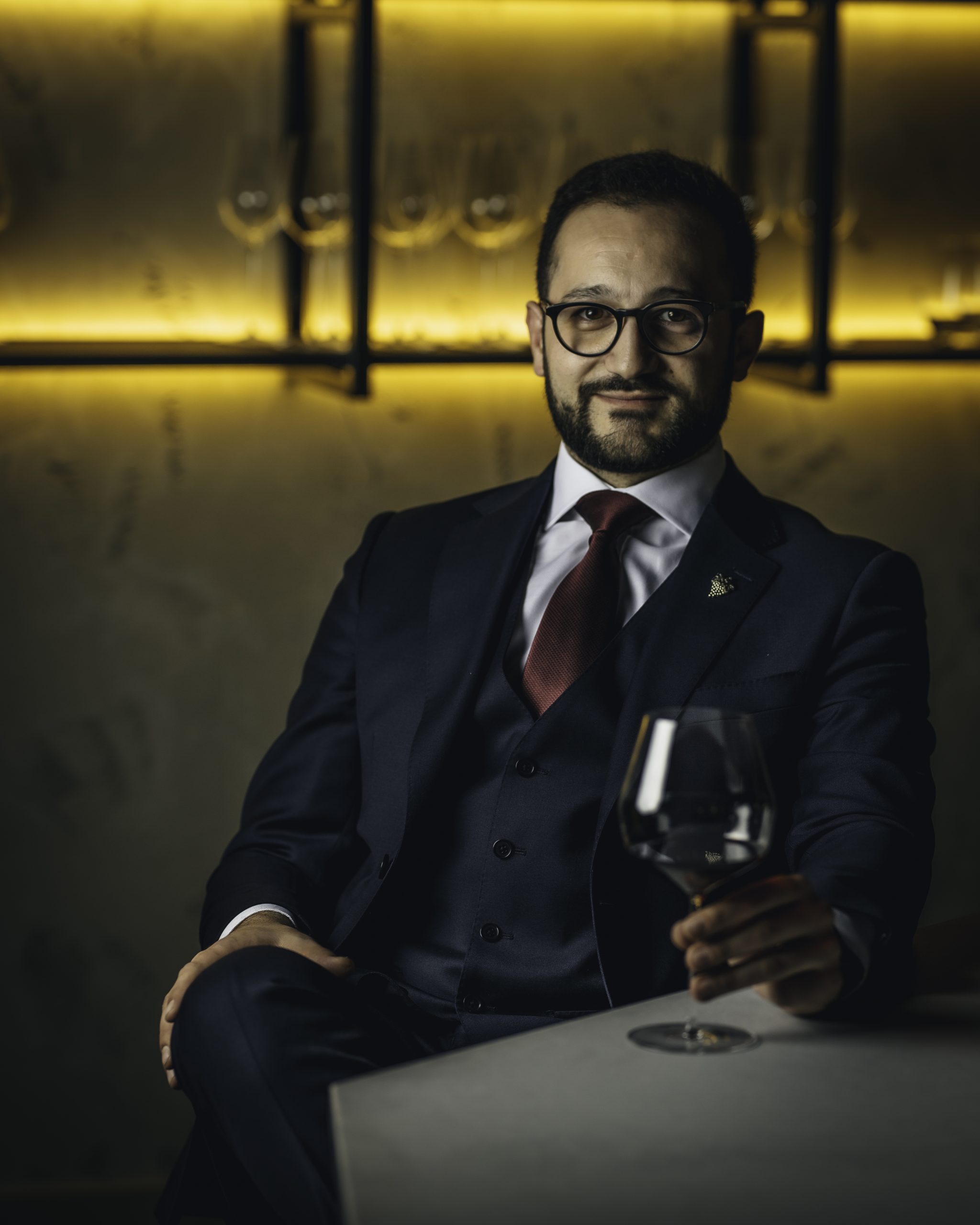 How did you come to wine?

I wanted to be a bartender since I was 12, then I became obsessed with flair, which I can still do! When I started drinking wine I found it fascinating that two glasses could taste so different depending on the landscape and the winemaker behind them, so I started a course with the Italian Association of Sommeliers (AIS) . However, although I love Italy and Italian wines, the course turned out to be too Italy-focused when I wanted to explore the world beyond Tuscany and Piedmont. So, at the age of 18, I came to London to explore more, becoming a member of 67 Pall Mall, before starting my degree. At one point, I also studied psychology…

What is your vintage and your terroir?

I was born in 1993 in Sicily, hence my fondness for the unique wines of Etna. Everyone likes to taste a wine from their vintage, but unfortunately for me, 1993 was a pretty miserable year for wine – albeit a little better than 1991 and 1992. Although it didn’t really give me the flesh de poule, the bottle of Cos d’Estournel that I tried at Buddha Bar in 2015 was fully expressive with still some freshness – and unlike its peers, didn’t feel watered down.

What was it like working at the Buddha bar?

Iconic, beautiful and busy, with a very long cocktail bar. On Fridays and Saturdays, a DJ played in front of 400 guests. There could be a dozen events going on at any given time. It wasn’t as upscale as the Ritz, where I later worked, although I was keen to add a high-volume company to my resume. Being a young bartender at the time, I was amazed by the selection of spirits, especially the Japanese whisky. And they had sake – which led to me having a sake masterclass every Saturday morning with the sushi chef. 12 guests were tasting four sakes with me before learning how to make sushi.

Which bottle would you take if the nuclear button was pressed?

If I had to die in a bunker, it would be Massetto. I tried the 2005 with chef-patron Carlo Scotto when we were at the start of the Xier project in Marylebone, and we were both blown away by its concentration, silky texture, flavor profile and length.

Why the name Amethyst?

It is the birthstone of Chef Carlo and me.

Knowing that you and the chef-patron of are both Italian, why doesn’t your listing scream “typical Italian restaurant“?

Because Amethyst is a roller coaster of different cuisines – like driving from one end of the world to the other. The wine list, which spans 20 different countries, reflects this, with plenty more to add. A work in progress.

What style of wine don’t you get along with?

I can’t stand the big bubbles and sugar from Prosecco.

What is the interesting wine pairing with Carlo’s cooking?

Our scallop tartare in tiger leche with matsutake mushrooms and interesting tropical components such as pineapple and galangal, finished with Chinese caviar, pairs well with Kessler’s demi-sec Alsatian pinot gris (Domaines Schlumberger). Both very textured, there is no better match.

What style of wine would you like to see more of in Mayfair?

Falling in love with Georgia, I am obsessed with the often overlooked orange wines, especially those from Josko Gravner on the Slovenian border.

Knowing that all guests are seated at the same amethyst and quartz table on the ground floor of Amethyst, where is your favorite place to sit?

Position nine on the left side of the pass from where you can see the entire kitchen, although all seats have a good view of the pass.

Tell us something surprising about you?

I’ve always been obsessed with numbers. I realize that many sommeliers get bored quickly when dealing with the back office, including countless pages of spreadsheets and formulas, but my brain has always perceived the numbers in a cool way .

What do you do on your days off?

Chess helps me relax and I belong to a chess club. I also spend a lot of time eating and drinking with my partner, Ludvina Hatert, who is the chef at Amethyst. It seems most of our money goes to fancy restaurants and we have now eaten in 90% of London’s Michelin starred restaurants. I also organize sommelier evenings in places without corkage fees on Mondays, trying blind.

If you could have one superpower, what would it be?

Teleportation would allow me to spend more time doing what I wanted and to move around freely.

Would you rather share a bottle with Silvio Berlusconi, Liam Gallagher or Hillary Clinton?

Although his music is not for me, I have huge respect for Gallagher, but having grown up on an island that strives to be anti-mafia, I have a huge problems with Berlusconi. And Clinton is not my type of politician. If I can add anyone I would actually like to share a bottle with, it would be, in my opinion, the modern day equivalent of Leonardo da Vinci and Copernicus – Elon Musk. The guy is a genius. I’ve been since I was a teenager, telling my dad, “Come on, let’s invest in Tesla – this guy sees the future. I admire him for doing business with NASA, too, and creating payment systems that aren’t tied to money.

What is your motto?

“You only live once – life is too short to drink shitty wine.” Rather than putting worthless poison into your bloodstream, drink wine that has a story and shows the work of the working families behind it.