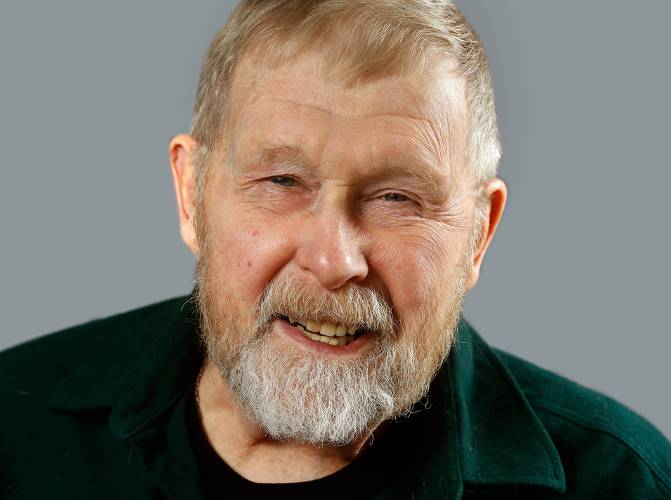 Valley News – Column: Adventure Calls If We Care To Listen

A few years ago I was lucky enough to find myself on a beach in the ancient city of Nettuno, on the Tyrrhenian Sea. It was dusk – the sun had just set – and the sea was glassy calm and silver gray. There was no horizon; the watery surface merged perfectly with the sky. The city behind me was still noisy with the games of a festival honoring Madonna della Grazie — The Lady of Graces — but the sound seemed distant, muffled by the heavy silence of the sea.

Nothing has changed in my opinion. I knew there was land somewhere out there, not too far – Sardinia, Corsica, Sicily, North Africa – but if it was ever visible from where I was standing, at least she was not then. I’m pretty sure the locals of this ancient seaport, Roman resort and fortress don’t care much about the inherent romance from their perspective – later that evening my wife and I watched a collector of the mafia driving a white Maserati visit vendors’ booths and gambling operators for a share of their revenue – but I was desperately smitten. I could totally feel, perhaps for the first time, the impulse that drove the ancients to, as Tennyson put it, “sail beyond sunset.”

Tennyson’s poem “Ulysses” has been an active part of my consciousness ever since we were assigned it as juniors in high school. I remember pieces of it popping up like when, say, coming out of the trees I can see for the first time the summit cone of a mountain rising into the sky; or, entering the last leg of a long ski marathon, I see myself second on the deck of a ship calling for the engine room to see if there is enough left in the hopper to do so; or, while paddling down a river in what British explorers called ‘the Great Barren Lands’, I hear the faint roar of an unseen rapids beginning to fill the valley. This last circumstance invariably prompts the reply: “It may be that the gulfs swallow us up…”

At the start of every great (and some not so great) adventures of the Geriatric Adventure Society, we recite this monologue of the aged Ulysses, finally on the beach of his native island, but yearning to return to the thrilling uncertainty of a journey of discovery without a map. Helen Mirren read it a few months ago to Stephen Colbert, who cried while listening to it. Outward Bound, founded during World War II by educator Kurt Hahn, adapted its last line – “Strive, Seek, Find, and Not Yield” – as its motto to read “Serve, Struggle and Not Yield.” . »

The image of old salt “on the beach”, spending his last years smoking his pipe and telling stories to young people is picturesque, and perhaps seems like a fitting ending. But, says Odysseus, “How tiresome it is to stop, to finish, to rust without turning brown, not to shine with use! as if breathing were life! As long as there’s an ability left, and the mind stays at least fairly healthy, I think we need to make the most of it. I climbed Mount Katahdin, and maybe even Mount Moosilauke, for the last time; but a volume entitled Fifty-two with a view offers satisfactory alternatives.

Our Geriatric Adventure Society, a loosely organized group of outdoor enthusiasts, lasted about 35 years, its members slowly growing in their advertised status. Several have even gone on an adventure on an ethereal plane. So the group is at rest now, like a bed of coal, and only a few old hotspots light up every now and then.

But I will never forget the enthusiastic responses to the annual invitation to the Grand-Subarctic Bushwhack or the biennial canoe trip to northern Canada. The best men, the ones you could count on to dig deep and stay cheerful in miserable situations, to stay calm in the face of trouble, to persevere as melting sleet rolled down their faces, always responded with a quick, simple, “J ‘am!’ Those who wanted to know who else was going, what we were going to eat and how we would cope with the wind and bad weather, were probably going to be in bad shape.

“Old age still has its honor and its toil; death closes everything,” the poem continues, “…but something before the end…can still be done. Whatever our current limitations, hundreds of adventures await us – a new country and a new language, a new love, a small mountain scorned in our youth, but now waiting to be climbed. Just last night an old friend called me with an invitation to fish a big river in early summer. What do you think I said? There was only one possible answer.