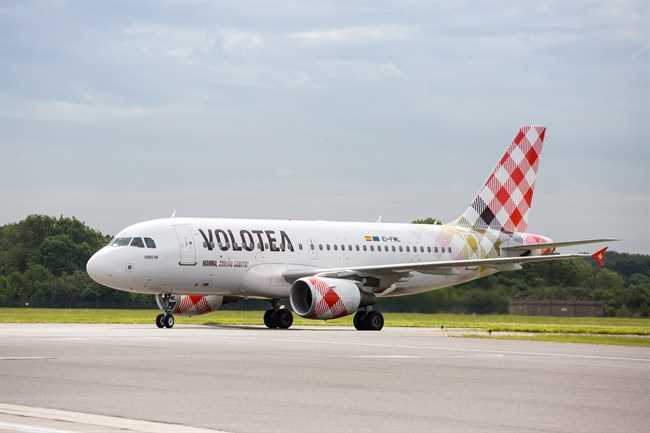 Volotea announces a new route between Athens and Palermo

Volotea, the airline that connects medium-sized cities and European capitals, continues to lead the recovery of the tourism sector and announced today in Athens the launch of a new international connection to Palermo: from June 10and, in fact, it will be possible to fly to the capital of Sicily. The new line, operated twice a week (every Tuesday and Friday), has an offer of more than 11,500 tickets. With the announcement of this line, the total number of places on sale for summer 2022 in Athens amounts to more than 560,000, and the number of destinations increases to 15!

The launch of the new route shortens the distance between Greece and Sicily, guaranteeing an offer of comfortable flights at competitive prices to easily reach Palermo, the main Sicilian city, full of art, history, beaches and of gastronomy.

“The announcement of the new Athens-Palermo link fills us with pride and satisfaction. Barely a few weeks ago, in fact, we launched a new line in Athens to Italy, to Turin, and since the beginning of the year, two other new lines to France (Bordeaux and Nantes) and ‘Spain (Bilbao) as proof of our commitment to support the revival of the tourism sector, both inbound and outbound – said Valeria Rebasti, Country Manager Italy & South East Europe of Volotea -. This new route will further expand travel options for Greek passengers, allowing them to comfortably reach Sicily.”

Since the start of its activities in 2015, the year of its debut in Athens, Volotea has transported more than 1 million passengers with a total of more than 11,000 flights.

All Volotea routes are available on the website www.volotea.com and by all travel agencies.

flydubai launches flights to Pisa and resumes operations to Catania

Second homes can be a bane and a blessing for UK cities. We need the right balance |…