‘Who will benefit from Gozo airport?’ The ADPS asks

ADPD – The Green Party has questioned the need for an airstrip in Gozo, arguing it makes no economic or environmental sense.

In a statement, the party said it had submitted its responses to the impact assessment submitted by the Gozo Regional Development Authority (GRDA), outlining a number of reasons why the proposed airstrip has no sense.

Plans for an airstrip in Gozo were published in February, with the government revealing its plans to turn Gozo Heliport into a fixed-wing aircraft airstrip by expanding into surrounding areas, s’ spanning approximately 11 football pitches. The plans have drawn much opposition from ENGOs and the Green Party, citing the negative environmental impact such plans would have on the region.

In their statement, ADPD spokespersons Ralph Cassar and Luke Caruana questioned who would really benefit from the development of the airport, as they noted that plans show the airstrip is not economically sound from the outset.

“Similar to the tunnel proposal, the short distances between Malta International Airport and Gozo make the project simply prestigious without any justification. One can always improve the existing means of transport which can easily absorb additional passengers on light aircraft said party spokespersons.

They also noted that the estimated increase of 48 jobs does not justify the destruction caused by this project. “In terms of adding value to the tourism industry, only 5 additional full-time jobs will be created through this project.”

Cassar and Caruana added that at a time when discussions within the European Union and across the world are ongoing on the impact of aviation on climate change, it is ironic that the Maltese government is presenting a airstrip proposal which they say is definitely not needed. “It is a known fact that aviation emissions are even greater than vehicle emissions,” they said.

Construction of Gozo tunnel and airport is madness, insists ADPD 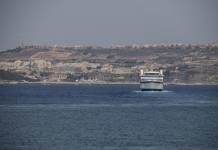 They also noted that all methods of transportation can be negatively affected by adverse weather conditions, including light aircraft.

Spokespersons also said it is simply wrong to say it will only take 15 minutes to get to Gozo, as those from Malta would have to go to the airport, while those arriving from foreigner should wait for the transfer. “The financial value placed on time saved on travel does not take into account other necessary travel to and from the airport,” they said.

Commenting on the mention of direct flights to Gozo from Sicily and other islands, the spokespersons said such reports raise a red flag, indicating that this project is not really aimed at helping Gozitan or Maltese workers and commuters. but targets tourism, which is already well catered for by Malta International Airport. “There is no need for tourists to fly directly to their destination, especially given the extremely short distances between the two islands and the lure of boat travel to Gozo itself,” they said.

Editorial: Catania: The burden of gun violence weighs on us all | Opinion